I learned a trick a while back that has saved me on several occasions related to funky software issues on my Tesla Model S that would not be resolved by rebooting the car either via the steering column or power reset from the control console.
Following a software update, Spotify channels stopped working but Slacker channels worked just fine
All was fine before the update and I knew that this was caused either directly or indirectly by the update. Tesla had no idea and all I could do was open a trouble ticket and hope and pray being frustrated that I knew it was a software issue and waiting the next release.
I read that resetting the tire size configuration causes a much lower level software reset and fixed many many strange software related issues not fixed by regular reboots. I went to the console - service - wheel configuration - reset from 19-21 inches and a reboot occurred. Once the car was back online. voila....Spotify began to work as usual for the first time in weeks. I again reset wheel configuration to 19 inches and rebooted all was back to normal.

Following another software update, my navigation screen in satellite mode showed black multi inch rectangles in specific locations that would not disappear and were always in the same locations. Again only way to fix this was the tire resize trick...voila problem solved.

This week I updated to version 2022.12.3.16 and immediately after I was back online, my steering wheel controls became unresponsive or working intermittently at best. Rebooting did nothing and Tesla wanted to get the car for service and order a control part for the steering console. I advised this was a result of the software update but they wanted me to schedule service and replace the module. I decided to try the resize wheel configuration trick and again voila....the controls came back and all is well again.
Keep this trick in your pocket as it is a life saver

( would love for someone to explain what this actually does...curious) 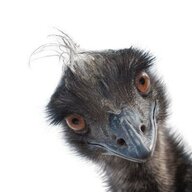 It is obvious, all the electronics go through the rubber on the Tesla tires (I know - weird routing but ensures there are no shorts in the tunneling). When you change the tire size, it re-aligns the electrical tunnels- thereby re-establishing your services
Reactions: mardyMX
•••