It's been brought to my attention that my posts may have been a little harsh, which is fair.
There were a lot of small issues that I didn't bother to bring to Dave's attention but then aired here on the forums and that wasn't really fair on him since he couldn't respond. The small things, I could live with, which is why I didn't raise them with him. But if he didn't know about them, he didn't have a chance to resolve them either.

One important discovery which bears mentioning, and others with a Model 3 should take note, is that the lifting issues weren't a problem for @DCEV because he had a Model S and that has a better paint job, clear coating all the way around the edges. Dave did mention that Tesla doesn't clear coat around the edges when I first got the car back (hence the need for trimming) but I thought he meant that was a problem for all Tesla models. That's why I was wondering why @DCEV's results were better than mine and didn't require trimming.

I also mentioned that it didn't have the best chance with all the storms and pollen being dumped in my area and not being able to garage it but I do want to emphasize you will get better results if you can avoid all that. I also should have washed it instead of waiting for Dave to have a free spot for the first wash. I just got paranoid because of the way the instructions say to let them do the first wash (didn't want to damage anything) even though that's based on the idea that you'll be back in a couple of weeks instead of the few weeks more that I had to wait.

They did do a pretty good job with the de-chroming, I probably just had unrealistic expectations of a flawless finish. A wrap is never going to look as good as paint or dipping or other options but those would require removal of all the chrome parts and that would be very pricey.

My main intention of writing about my experiences was to make sure people knew what to ask for and have clear expectations, I probably got lost in the weeds talking about little things but you will get a good job from them, especially if you have a Model S or X and a garage.
If you have a 3 or possibly Y (not sure about the paint on them), try to keep it covered for a little while and expect lifting and necessary trimming. Dave is very friendly and approachable (social distancing aside) so be sure to raise any concerns or issues with him. I'm terrible at confrontation and him being such a nice guy makes it even harder for me to say anything. I feel like I'm being an awful customer criticizing him in person but I really shouldn't have done it on the forums behind his back instead. A negative review was not my intention, I just wanted to express my experience was not the same as OP's. Now I understand that it is mostly due to the different Model and un-garaged conditions.

Oh, @PhilDavid, I got the Ultra Defense (which makes the edges even more difficult) and the ceramic coat all over.
I'm definitely washing it at home, I'll have to use a two-bucket method since there aren't any hoses I can use around here.
Reactions: DCEV and PhilDavid
••• 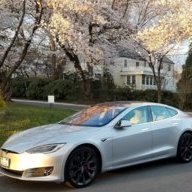 It's been about 2 years since I started this thread when I initially had my car wrapped and ceramic coated by TLC Auto Detail and I just wanted to report back that the PPF and the Ceramic Coat are holding up well and I'm still really pleased with the work done by Dave at TLC.

Having all the edges wrapped whenever that is possible really made al the difference. After 2 years, just about all the wrapped edges are holding up well and even if you are 10 inches away from the car, you can't really tell the car is wrapped with PPF.

I'm so glad that I also opted to have Dave/TLC Auto Detail ceramic coat the car after it was wrapped because it adds a sense of depth to the finish. It really makes a huge difference with how easy the car is to maintain as long as you understand that you need to hand wash the car after ceramic coat application. Rain, water, and even dust particles just slide off of the paint.

The Ceramic Coat also makes cleaning bird poop and bugs off the paint much easier. I highly recommend that you get to know a product called Optimum No Rinse. It's a super cheat concentrate you can use to mix some solution in a spray bottle. If you have bug splatter, just spray it with Optimum No Rinse, wait a few minutes, and then wipe away with a microfiber towel sprayed with the same solution.

The Ceramic Coat is also still retaining the hydrophobic qualities at the 2 year mark but I have been diligent about maintaining the ceramic coat and PPF by hand washing and removing bug splatter as quickly as I notice it.

The proof is in the photos so I'll post some photos showing how the car looks around the 2 year mark.
•••
R

Ah,
TLC still damaging cars and not compensating their customers for it. Seriously recommend anyone in the Washington DC area to avoid TLC for their Tesla.
•••
U

Rinzler081 said:
Ah,
TLC still damaging cars and not compensating their customers for it. Seriously recommend anyone in the Washington DC area to avoid TLC for their Tesla.
Click to expand...

Hi, can you elaborate. Looking to have a pff with them.
•••