This is the ultimate collectors Model S in my opinion.

I have what I believe is the only Tesla Model S P90+, and if not likely the only one with 7 seats.

The only way to get the P90+ was of course to have a P85+ whose battery was replaced under warranty with a 90kw after they stopped making the 85. When this occurred Tesla rebadged the exterior of the car as a P90+, additionally they rebadged the car software as P90+ as well so that on the Car's LCD when viewing the car it says P90+ (see attached photos).

The car has the Signature Red color which was only for a limited time and cost quite a bit more.

The car also has several other desirable rare options:
Namely it has the rear facing seat option, making it a 7-seater in-spite of already being the + model which has the more enthusiast suspension, staggered wheel set, and other options that are more performance based. The seats fold flat if desired.

It also has the original, transferable, free supercharging which includes exclusion from idle-time fees at superchargers. This also gets more rare over time as cars traded in to Tesla have the option removed (Tesla removes 'free unlimited Supercharging' from its used cars)

Free LTE premium connectivity, which means the car has it's own Cell phone connection that I don't pay for, originally it was 3g, but when they upgraded the MCU I was offered to upgrade the connection as well.

During the MCU upgrade, the screen was upgraded to the Gen 3 screen, which doesn't have any of the yellowing or leaking, or bubbling issues of the previous screens.

The total mileage on the car is about 150k but they put the 90 kw battery in only about 30k miles ago and I've kept everything serviced and working and it runs and drives much better than many newer Model S's in my opinion. Definitely better than any of the loaner Model S's they give me when I take it in for service.
Some of the car's other desirable options (I believe it has them all) are:
-Performance Plus (including adjustable air suspension)
-21" Performance Plus Wheels
-All Glass Panoramic Roof
-Black Nappa Leather with Red Piping & Alcantara
-Wood Decor Accents
-Tech Package
-Sound Studio Package
-2 Rear Facing Seats in the third row
-Twin Chargers
-Power lift gate

Will include the Tesla Roof Rack and Thule box as pictured as well as the Chademo adapter ($450) and all other original adapters it came with.

Also including in the sale the winter rims and tires (20" black as pictured) as well as the original 21". Admittedly it is probably ready for new tires, willing to include new ones for the right price.

The other benefit to these older Model S's is you get the exceptionally large front trunk. So the storage capacity is insane.

The 2013 Model S was the MotorTrend all-time car of the year (2013 Tesla Model S Beats Chevy, Toyota, and Cadillac for Ultimate Car of the Year Honors) and I believe this is one best one of all-time.

Considering selling. Please message me with offers or email me at familymandunn at gmail dot com. Have many more photos if interested. 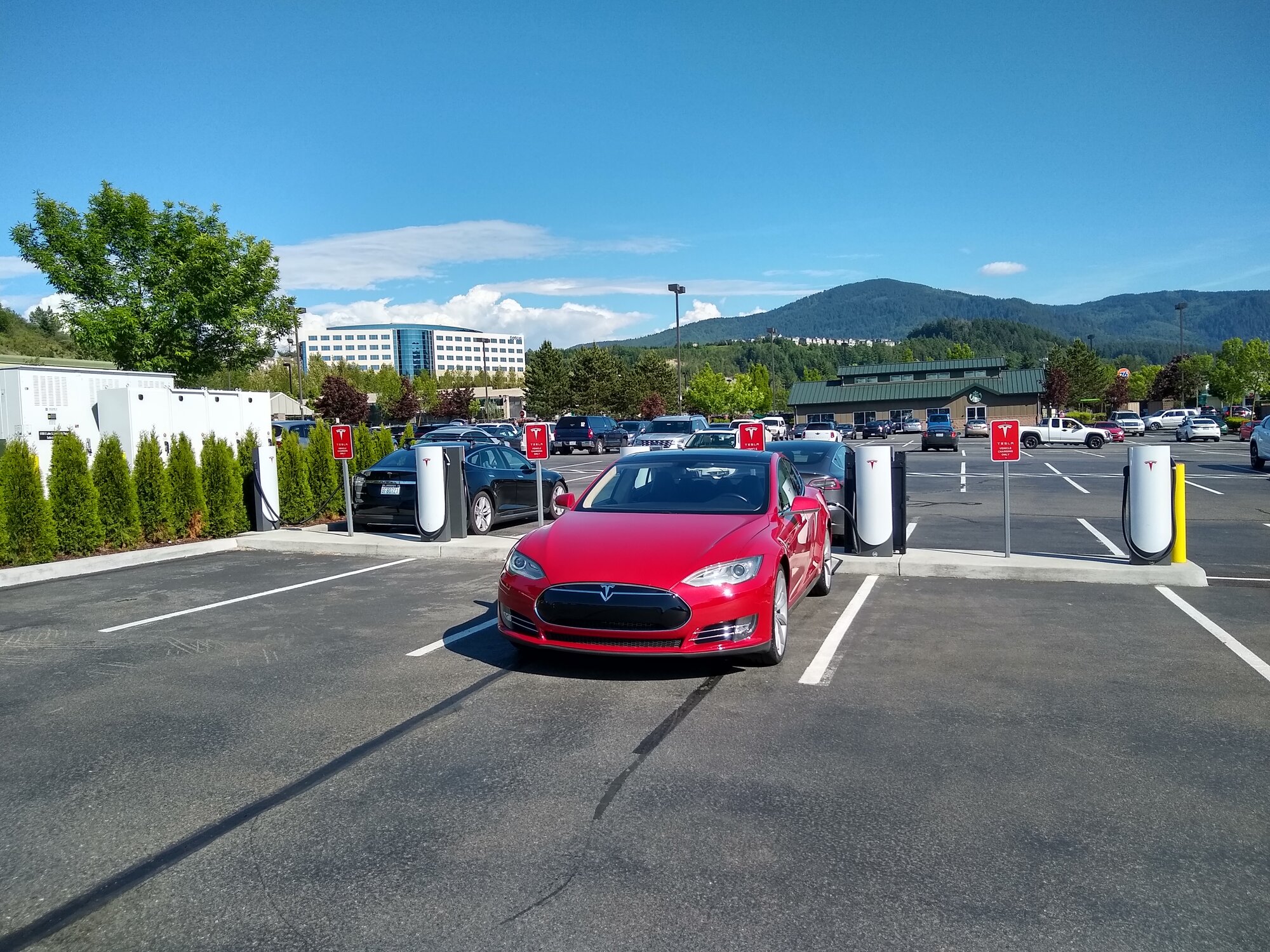 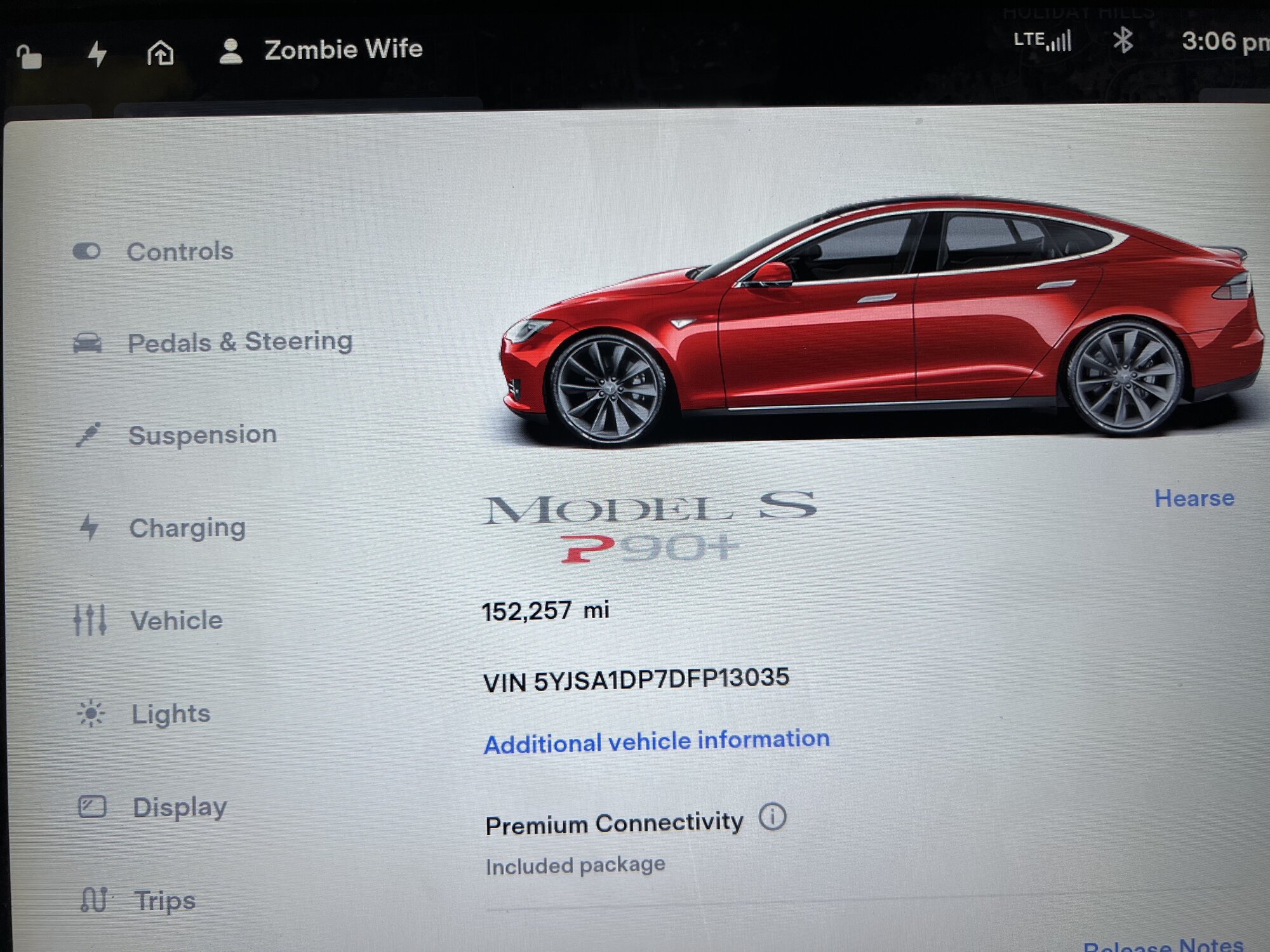 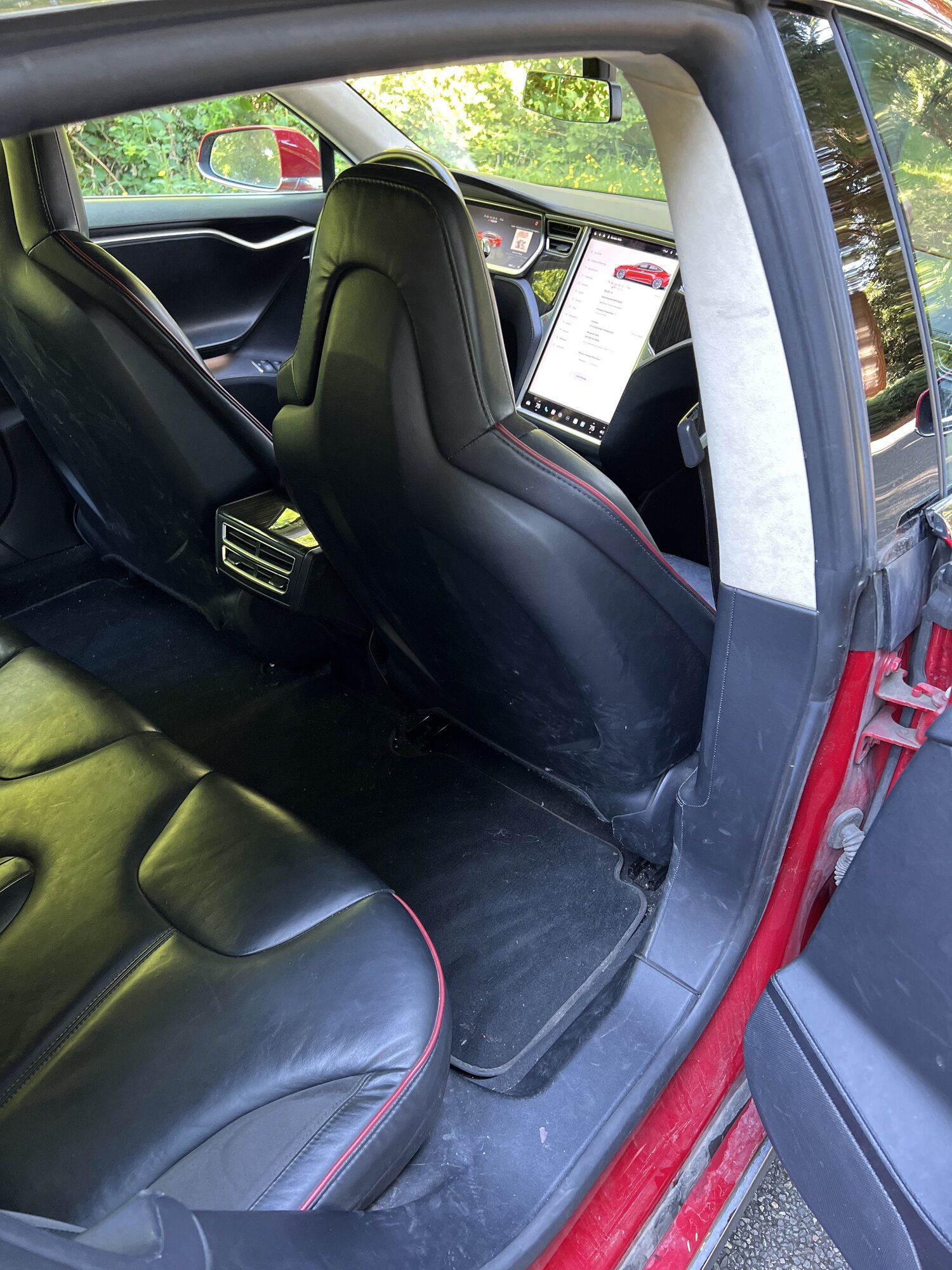 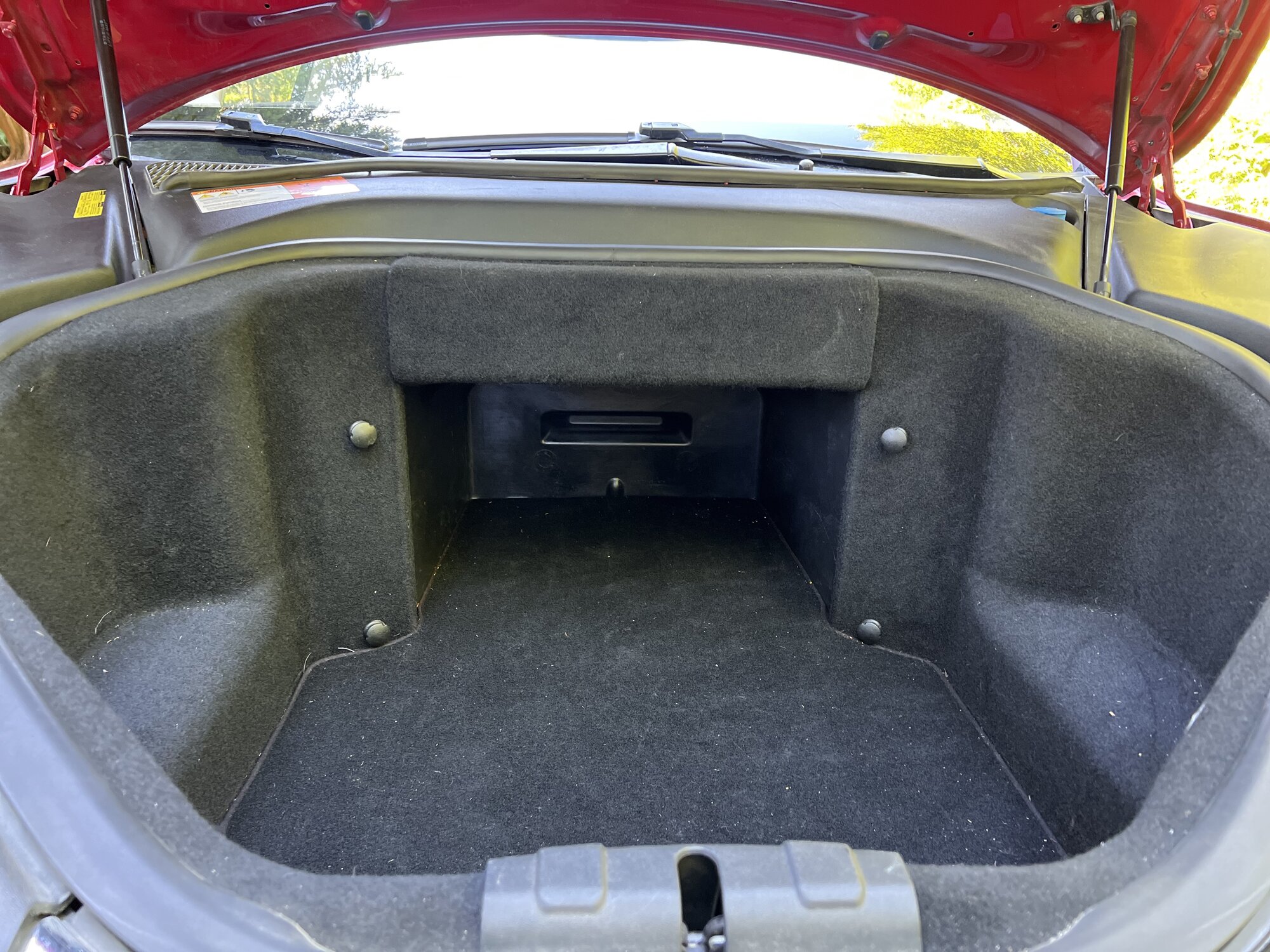 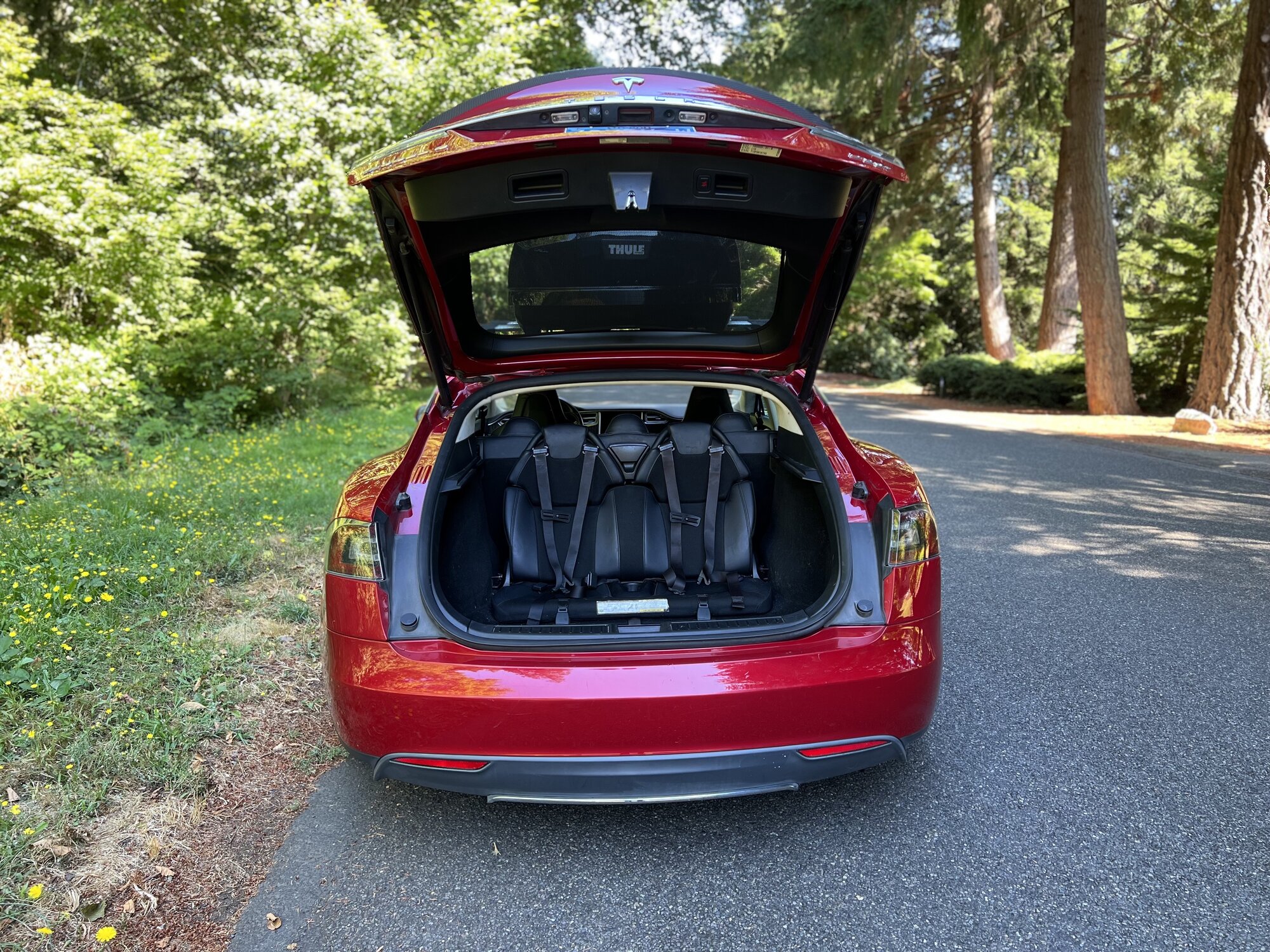 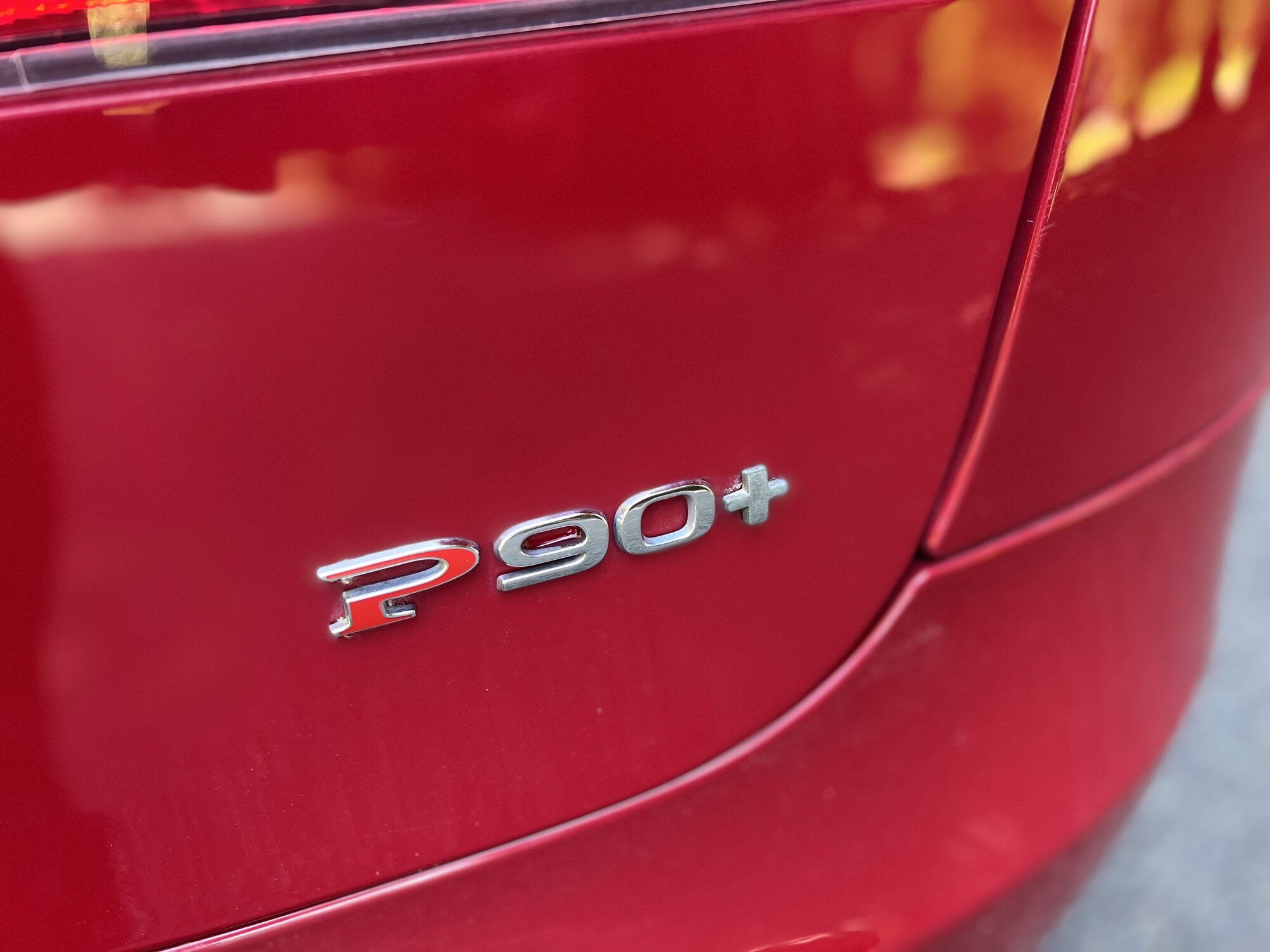 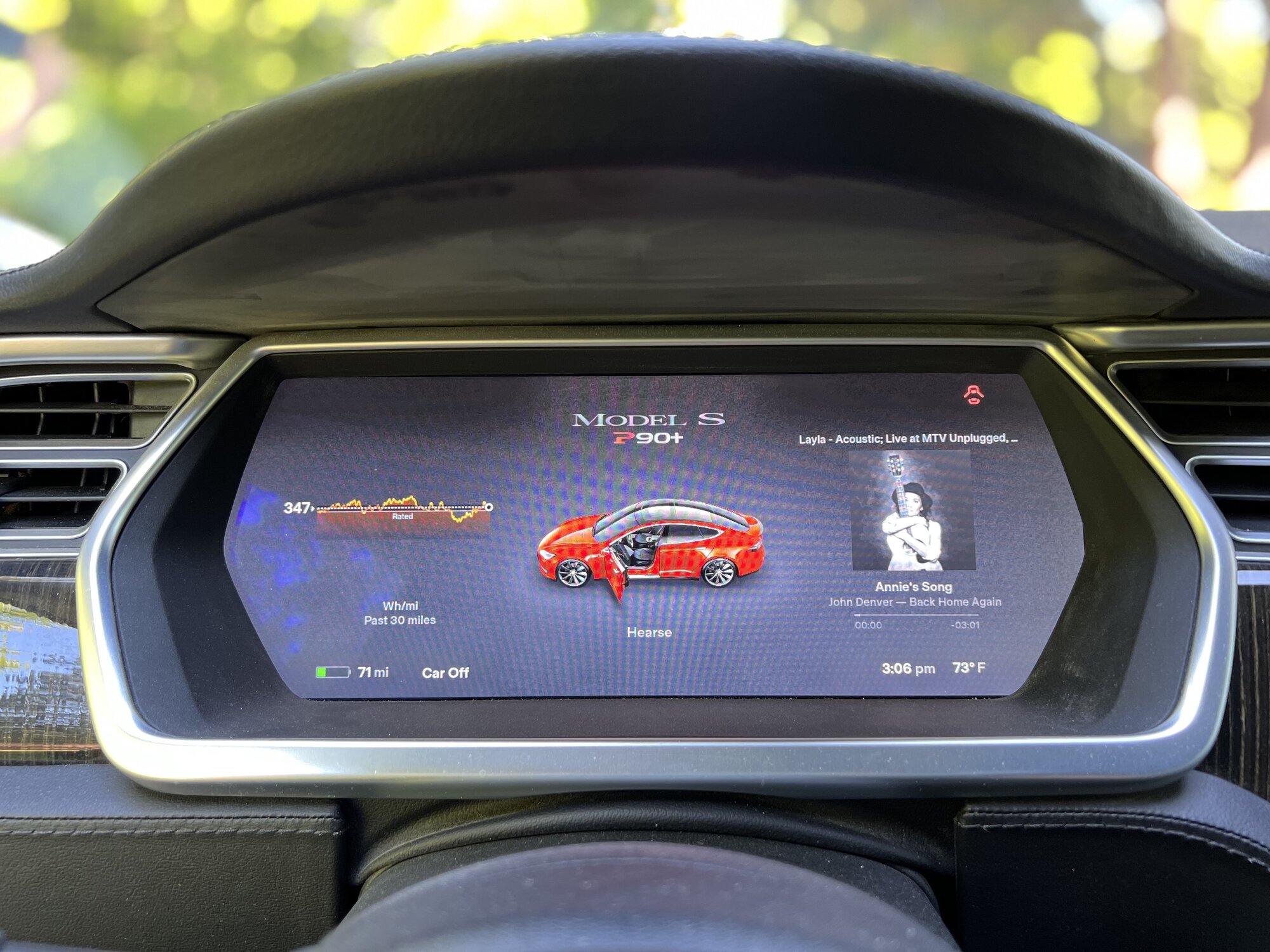 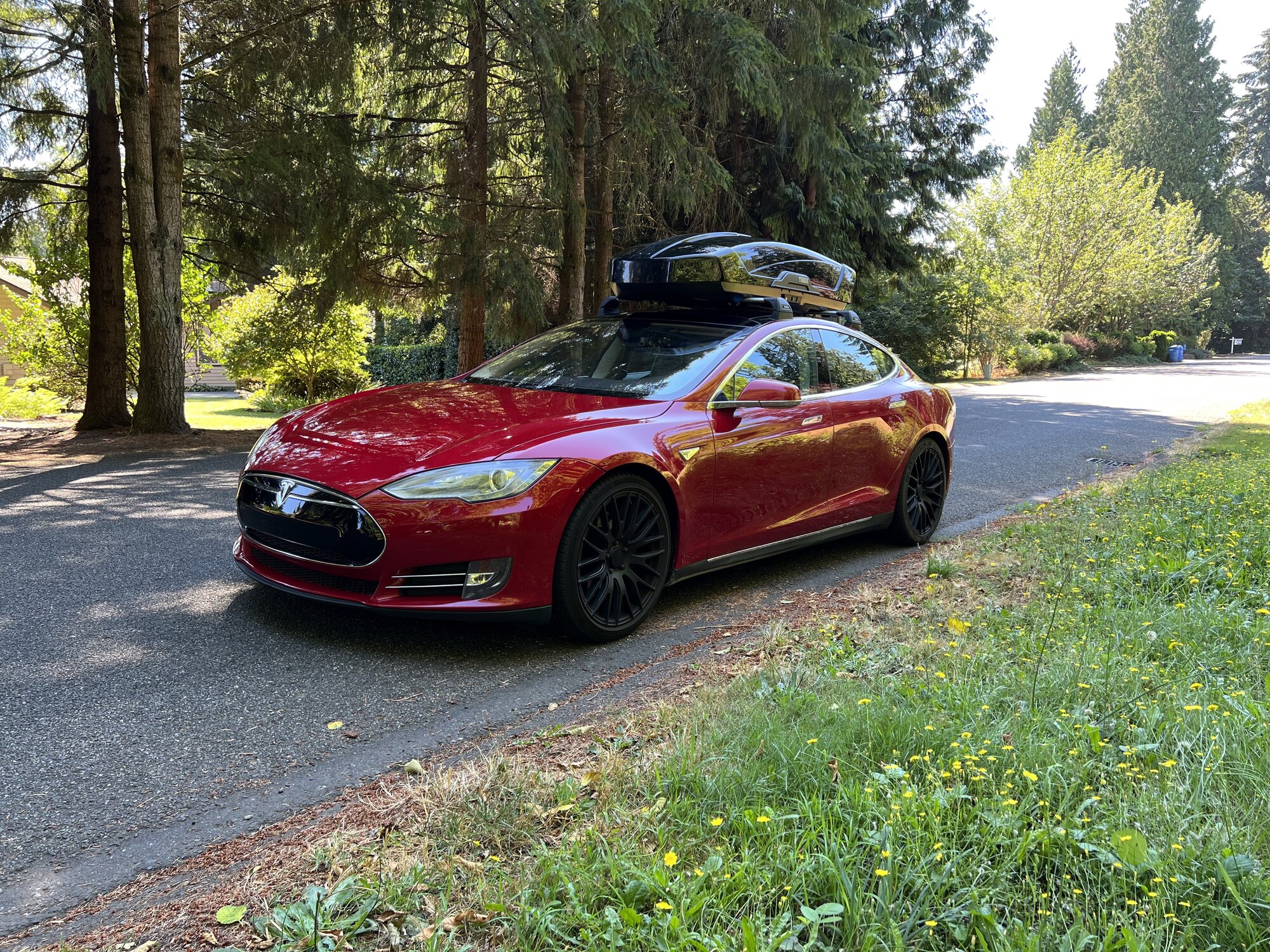 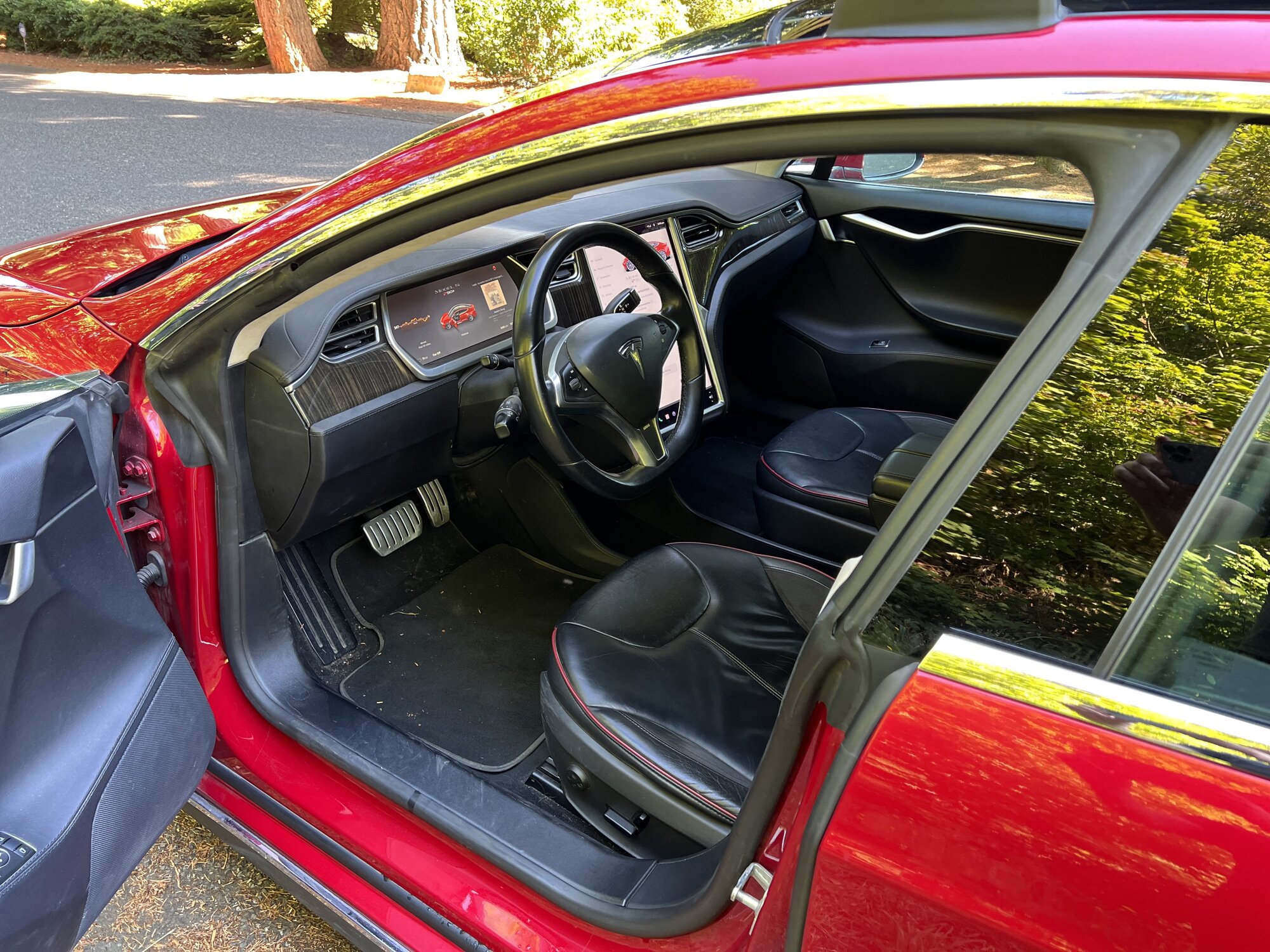 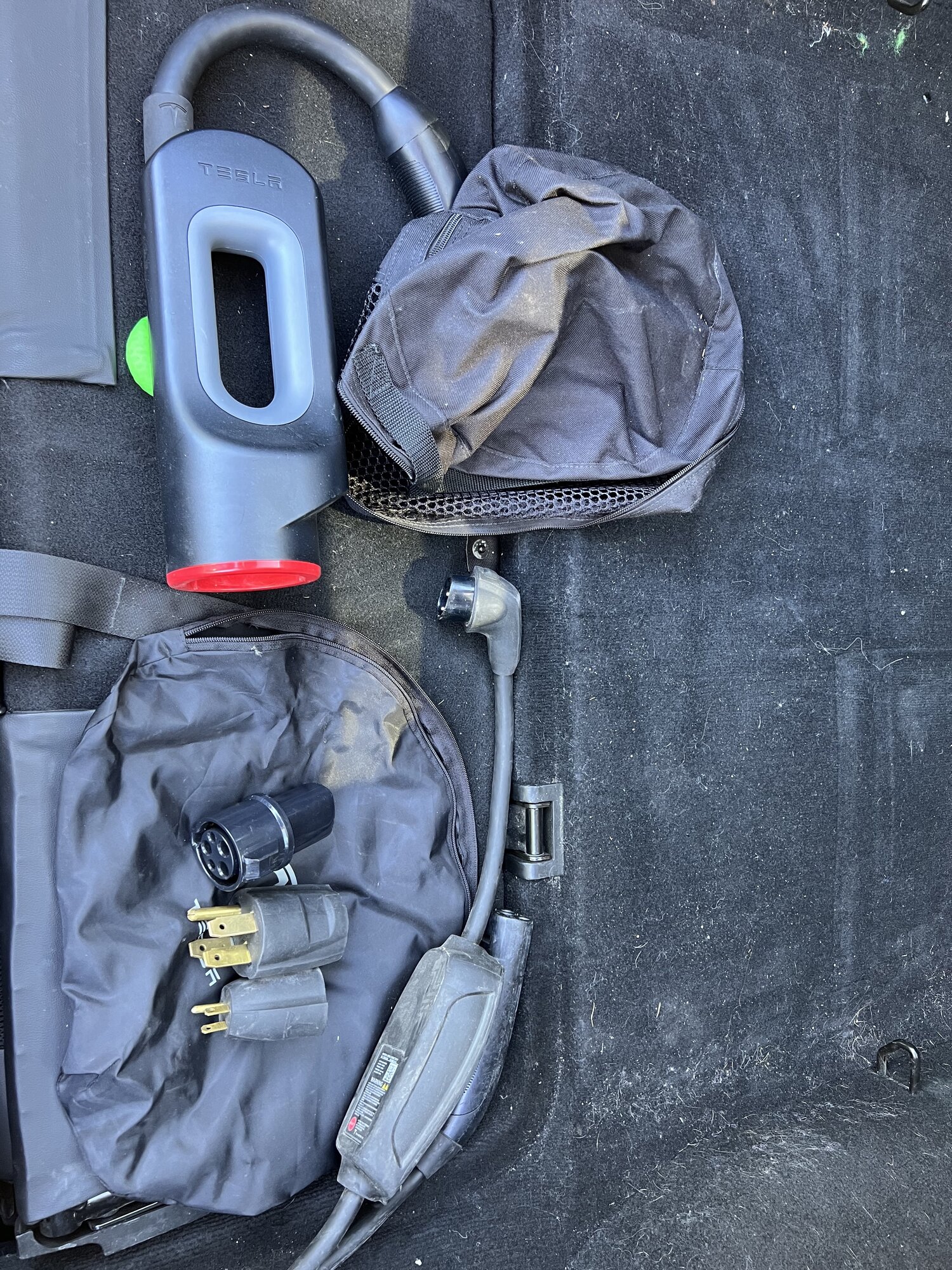 you just enter through the rear hatch. It has a power lift gate, so you can just double click the trunk on the key to open it up.
••• 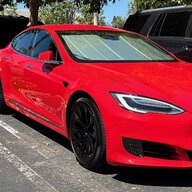 What is the paint code on the VIN sticker in the driver door jamb? This doesn't look like PPSR Signature Red to my eyes.
••• 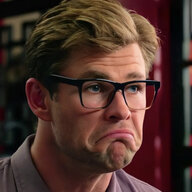 blodg1 said:
What is the paint code on the VIN sticker in the driver door jamb? This doesn't look like PPSR Signature Red to my eyes.
Click to expand...