Council is in talks with electric vehicle (EV) manufacturer Tesla to provide EV charging stations in the Blue Mountains.

At a recent meeting, Council endorsed plans to enter a licence agreement with Tesla for the installation of six charging stations at a Council owned car park in Blaxland.

Based on Tesla’s site analysis and due diligence, the car park at Hope Street in Blaxland was selected from four potential locations. Tesla is proposing to convert six parking spaces into ‘supercharging bays’ powered from an existing transformer at this car park.
Click to expand...

I still find it weird that this this location has obviously been planned for a while but it didn't make it into Tesla's 2021 map!

This location has now been added to supercharge.info.
Reactions: cafz, Ted H and moa999
•••
M

And somewhat strange for a council to announce this without an agreement having been signed.

Looks like a good location, just off highway and near the Shell service station.

Interesting to have the terms also listed, given previous speculation that the property owner bears the electricity charge at some other sites.

I wonder if it will be up and running free supercharger KM run out in September.
•••
M

It wasn't listed on the Q2 update at all, which gives dates for a bunch of chargers into 2022,
But then neither was Devonport which is almost complete.

If you look at Google maps you can see what I suspect its the substation referred to, just behind the bakery in the upper part of the loop.
•••
A

I had a look at the site today. I can see where it is going to go but there is absolutely nothing started yet.
Reactions: moa999
•••
M

There is a substation behind the bakery in the carpark but also one further down behind the coles. I assume the bakery one would be an easier install.
Reactions: moa999
•••
A

I actually think it will go next to the substation behind the Shell but further away from the shops.

That's the park that is behind Greenhill in the photograph. There's a mini carpark there with 6 spots.

I'll take a photograph next time I pass.
•••

FWIW - the location on supercharge.info was identified by looking at the photo on the BMCC media release, checking Google Street View and identifying the exact spot. Then went for the nearest car park to that location.

So the accuracy of that marker is based on the accuracy of the term "near" in the media release, where it says: "Photo: Mayor Mark Greenhill in Blaxland near where the Tesla charging stations would be installed."
•••
M

I'd missed that green electrical box in my GMaps scan.
Looks like 4 parking spots on the side street and 8-10 in the main loop.

Less likely to be ICEd in that location as well and probably lightly used.
•••
A

I walked up to Blaxland this morning for a closer look.

I took this photograph which is pretty much where Greenhill is standing: 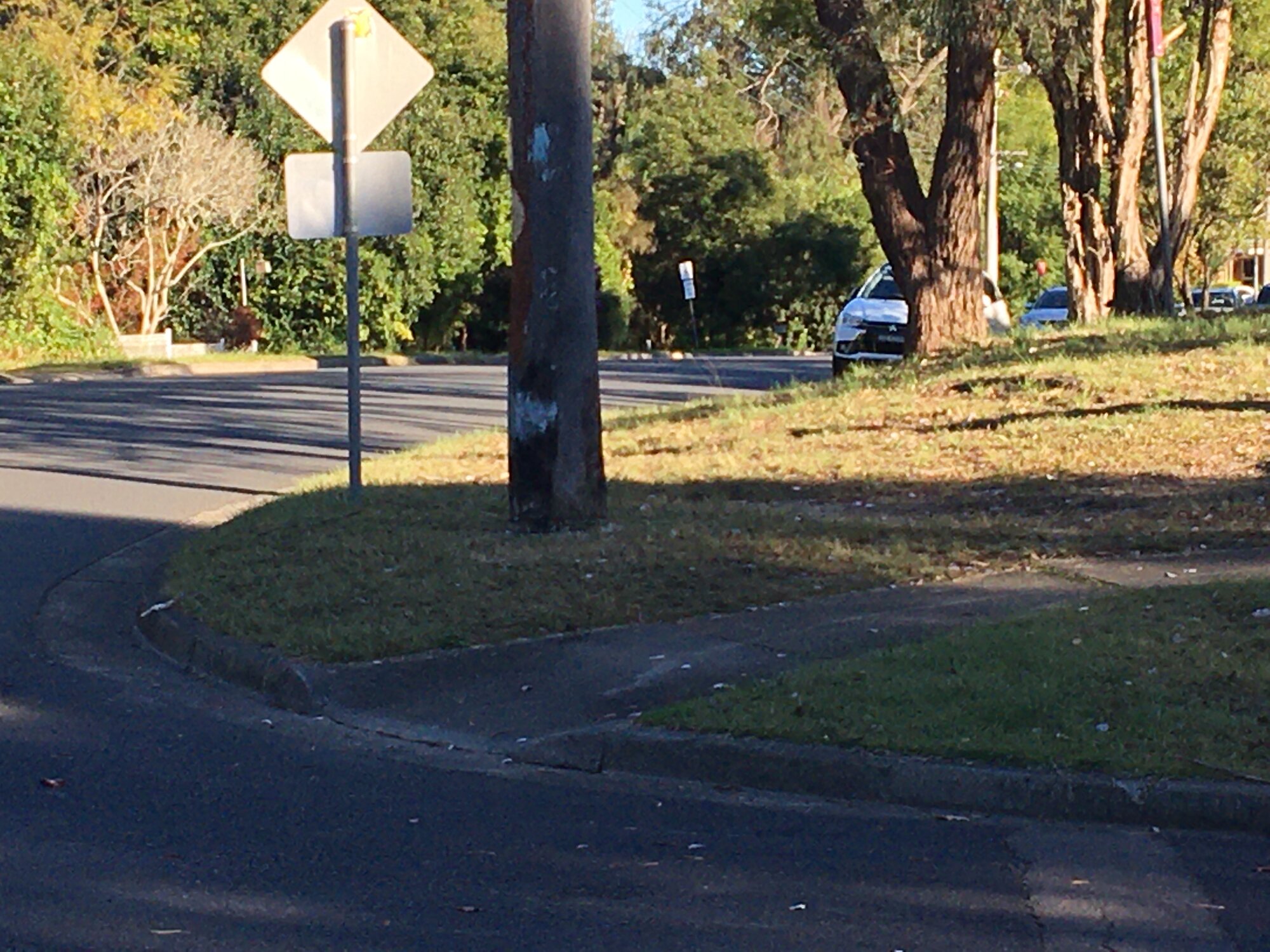 Now, if I swing to the right so I have Hope Street behind me and Great Western Highway in front of me, you can see an electrical box beyond the boot of the car parked there. The white wall to the left is the Shell servo: 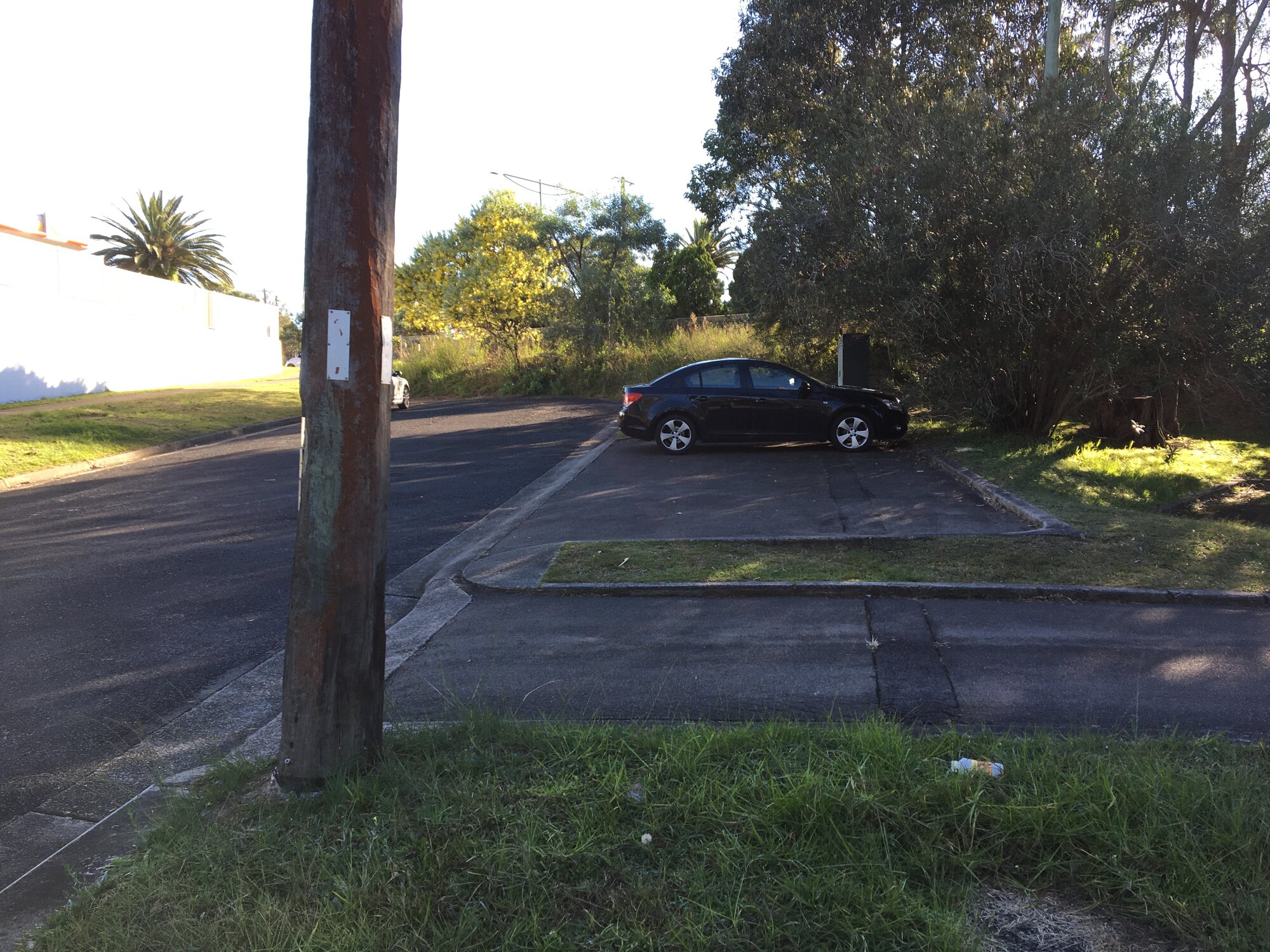 Here's another shot from the white wall: 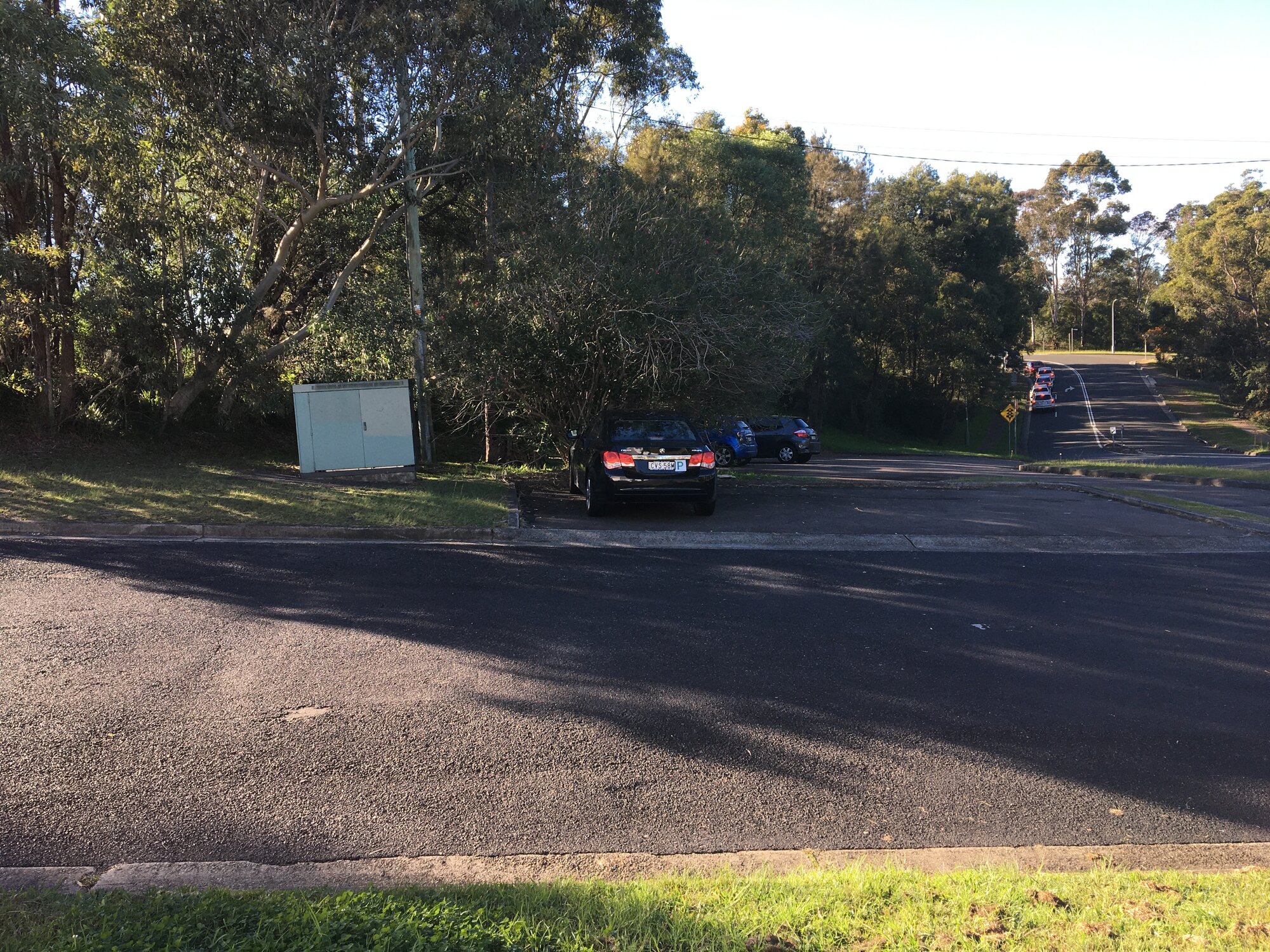 Now... this would seem to be a logical place to put the supercharger and would be much less likely to get iced. The big problem is I'm not sure that box is active. There's no signage (Danger: High Voltage) so it may have been decommissioned

There is a much larger box behind the gym (which is under the Shell servo) but that is less "near" where Greenhill was standing. As it is right behind the gym there's a much greater likelihood of the spaces being iced.
Reactions: Hairyman
•••
C

atj777 said:
Now... this would seem to be a logical place to put the supercharger and would be much less likely to get iced. The big problem is I'm not sure that box is active. There's no signage (Danger: High Voltage) so it may have been decommissioned
Click to expand...

That box is a Telstra RIM. It's a telecommunications device, not a distribution substation.
Reactions: Hairyman
•••
A

cafz said:
That box is a Telstra RIM. It's a telecommunications device, not a distribution substation.
Click to expand...

OK, that means the substation behind the gym will be the one.
•••

After news of the Taree location coming out this morning, I thought I'd check a few other NSW sites for updates, I found that the council report back in March actually included a map! So all the above speculation is moot

I'm going to guess not many NSW residents are within 5km of this site so no chance of spotting any physical activity... 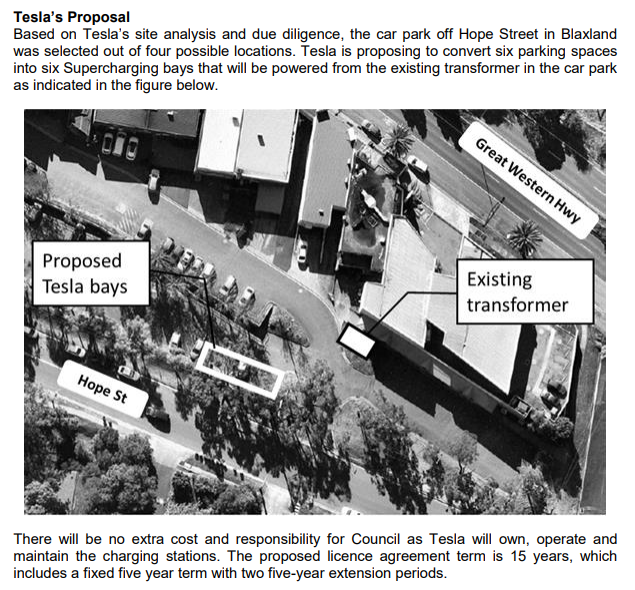 I drove by there on Sunday and still nothing is happening.
Reactions: Chuq and moa999
•••
C

This will be a great site for people travelling from Canberra and points south to the Blue Mountains. Avoids having to go into further in to Sydney for charging.
•••
P

Chuq said:
I'm going to guess not many NSW residents are within 5km of this site so no chance of spotting any physical activity...
Click to expand...

I live in Blaxland and walk past this spot every time I visit the IGA, so happy to give updates
Reactions: Vostok, cafz, Hairyman and 2 others
••• 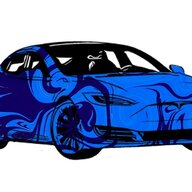 Pixor said:
I live in Blaxland and walk past this spot every time I visit the IGA, so happy to give updates
Click to expand...

I'm also in the area and will be keeping a close eye on any progress whenever I head to IGA.
Reactions: Pixor, cafz, Hairyman and 1 other person
•••
C

Just make sure you keep 1.5m away from each other
Reactions: Pobby
•••
A

Pobby said:
I'm also in the area
Click to expand...

I will keep an eye out for you! I have seen talk of a Blue Mountains meetup at Wentworth Falls when things improve. Apparently the owner of a good pie and coffee shop is a Tesla owner and has a big enough car park.
Reactions: Pobby
•••