Obviously Devonport was selected because it is the gateway into the state for Tesla owners bringing their car across on the ferry... not because of it's thriving Tesla population

Precise location isn't public yet, but I couldn't go past the opportunity to create the thread for Tassie's first supercharger!

I checked for evidence of construction on 21 March and there was nothing then.
Reactions: corywright and Hairyman
•••
L

Interesting.. I'd have thought if you charged in Melbourne then there would be little need for one as soon as you get off the boat.
My guess is a second will be in the Hobart area then.
•••

They might also be taking into account people who arrive from outside Melbourne and either don't have time or don't want to deal with Melbourne traffic before boarding. Although note that the newly found Corio supercharger location is only 6 km from the new Geelong terminal (they are moving there in 2022)!

It's 278 km from Hobart, so I suspect they'd have one in the middle somewhere before Hobart.
•••

I am currently in Tasmania having travelled down from Sydney and taking the ferry. We stopped at Moonee Ponds supercharger and got some dinner before getting onto the ferry.
A quick top up at the CCS2 charger in Campbell uuuuu made the trip to Hobart easy.
A charger in Davenport would actually be more useful for the return journey, allowing us to charge before getting on the ferry so we could drive off and start heading straight out of Melbourne.
•••
W

Well when the ferry moves down to Geelong you will be able to charge at the new Corio charges just before the freeway as you head back to the city
Reactions: Chuq and QBN_PC
•••
Q

whoistheg said:
Well when the ferry moves down to Geelong you will be able to charge at the new Corio charges just before the freeway as you head back to the city
Click to expand...

True. But it's better to aim to have (or add) a solid charge before departure.

Cars arrive at the departure point in dribs and drabs over several hours before the scheduled loading time. You never know about traffic or accidents, and the last thing you want to do is miss the boat. On the other hand, cars leave kinda all at once. Certainly over a far shorter timespan than loading. If there's more than a couple of Teslas aboard, the charger will be overwhelmed for one relatively brief period per day. Heaven help if a local or random traveller wants to charge at the same time.
Reactions: bradjc
•••

Article on TheDriven - Tesla pinpoints gateway to Tasmania to fill Supercharger gap in Apple Isle - but no additional details.
••• 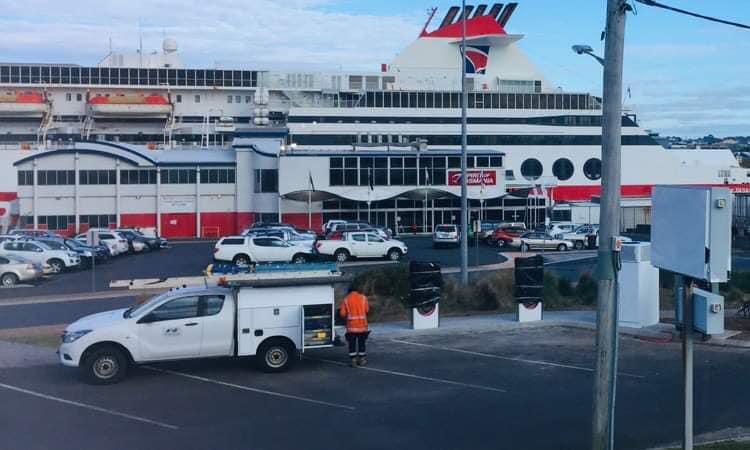 A beautiful sight. I was there two weeks ago, having charged in Launceston at a CCS2 charger. This would have been so much better.
Reactions: Chuq
•••

I just noticed the grille pattern on 2 sides of the cabinet... is that a V3 cabinet?
•••
C

Elon must have heard you finally ordered and fast-tracked it!
Reactions: moa999 and Chuq
•••

Congrats and Cheers mate!! It's been a long time coming!
Reactions: PStewart, ItsNotAboutTheMoney and Chuq
•••
M

Does look like a V3 box.
Assume four stalls, or only two?

Take it that's on the small road named Esplanade in East Devonport.

Take it that's on the small road named Esplanade in East Devonport.

Weird that this site wasn't included in the Q2 update.
Click to expand...

I'm sending a local out to get more info

Yes it's on The Esplanade, on Spirit of Tasmania terminal property.
•••
L

Well they certainly got the position right, that will be a busy site with people both coming and going!
No one on the boat will miss the lit up Tesla logos.
Reactions: whoistheg, Chuq and moa999
•••

Interesting, feedback from the provider of the photo says that there are 3 stalls there.

Seems a strange number... but ... not unreasonable, given whats happening at other sites: Superchargers in Australia
Reactions: moa999
•••

My best guess would be 4-stall v3 with just one cabinet. They haven't been doing those in North America due to the obvious problem that if you have one cabinet failure the entire site is down (and cabinet failures seem common with v3s especially in the early stages). They did do quite a few v3s in Canada with 2 cabinets and only 6 stalls which can later be easily expanded to 8 stalls, so maybe that's what they're thinking here making it a 3-stall setup. Still seems weird to me! Depending on the source of information, I might wonder if the 4th stall simply has not been installed yet. It's fairly common for a pull-in stall or some type of end stall facing a different direction to be installed after the others.

Also, wrt the ferry situation, it generally seems to be Tesla's strategy to put superchargers on both ends of popular ferry lines. The best example is in British Columbia where Tsawwassen has a supercharger on the mainland while both Nanaimo and Victoria have superchargers on Vancouver Island. It could be argued that Tsawwassen and Victoria got superchargers due in part to local and/or tourist/road trip usage, but Nanaimo getting one back in 2017 was definitely due primarily to its status as a city with a major ferry terminal (and to a lesser extent its more central location on the island when compared to Victoria). On the east coast, Lewes, DE and Cape May Court House, NJ are a similar ferry setup. Border crossings offer a similar scenario and you do see some of that same behavior from Tesla with Blaine, WA and both Saults Ste. Marie getting superchargers.
Reactions: Chuq, cafz, whoistheg and 1 other person
•••
M

A few more pics, and a contributor in this thread featured.

moa999 said:
A few more pics, and a contributor in this thread featured.
Click to expand...

That guy has a great face for radio!
Reactions: PLUS EV
••• 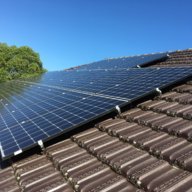 Great news... I'll be getting off the ferry on the 11th of June... the countdown is on as to whether I will be able to use it.
Reactions: Chuq
•••