The thing is, you shouldn't compare supercharger prices with gas prices. The gas price is the same every time you fill your car, whether you're driving in the city or road-tripping. I know gas prices vary per state/country but, for the sake of the argument here... With an EV, most charging happens at home, or at least that's how it's designed for most users. For many of us, home charging is cheap. Supercharging is for road trips, which I would say the majority of people don't do every week. Thus supercharger prices don't matter that much. They also need to cover the charger costs, the location costs, sometimes high demand extra prices because it's a big "pull".

Gas prices go up quite a bit around here in holiday periods so people get dinged when they buy the most fuel. Yet most people seem to forget that when they compare with EVs. 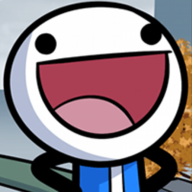 My original question came from a thought I had after reading that Tesla is testing variable pricing based on time of day. I wanted to see what the prices looked like at those stations.

Where I live, in the winter months, 10AM to 3PM is considered super off peak. If I knew the supercharger was cheaper during that time I’d try and plan my trip so I’d arrive during the cheaper time.
G

Ah, I see, not a bad idea @HappyDude . I believe Tesla tested something the other way around, with a higher price in peak occupancy periods, to "force" people to travel outside those hours. That's supposedly a better solution than to build more stalls, in busy areas. Maybe someone can confirm and find a reference.

HappyDude said:
My original question came from a thought I had after reading that Tesla is testing variable pricing based on time of day. I wanted to see what the prices looked like at those stations.

Where I live, in the winter months, 10AM to 3PM is considered super off peak. If I knew the supercharger was cheaper during that time I’d try and plan my trip so I’d arrive during the cheaper time.
Click to expand...

Jeff Davlt said:
What does A Better Route Planner use to determine costs? Would it work? How accurate is it?
Click to expand...

they haven't been updated since like sometime in 2019, before that they were pretty accurate 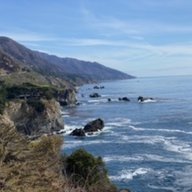 ItsNotAboutTheMoney said:
... if you compare an efficient EV with a gas guzzler.
Click to expand...

I feel like this isn't emphasized enough. My experience is a little atypical, but I think the narrative that electricity is cheaper than gas is really subjective and should be taken in context of what type of gas car is being driven.

I subscribe to TeslaFi, and used to subscribe to Automatic which had an EBDII adapter that tracked my MPG, so I have a fairly good idea of how efficient both vehicles are.

According to TeslaFi, I needed about 162kWh to do the same trip. I usually have to stop at Rocklin, CA to charge up before going over the mountain pass, and again when coming back I charge a little at Reno, NV and at Roseville, CA (or Rocklin, NV) on the way back. Those regions average up to about $0.30/kWh, so that costs me $48.

My Model Y actually costs me 20% more than my previous Prius in terms of cost/mile. It's not a big deal, and I did the calculations before buying my Model Y so I knew what I was getting into, but my point is that the context matters - it's incorrect to say that EVs are automatically cheaper than gas cars in cost/mile. This really only applies to less efficient gas cars - the more efficient gas cars (admittedly usually PHEVs and/or CVT vehicles) are actually less expensive than a Tesla in terms of cost/mile.
Reactions: t00shay

HappyDude said:
On the flip side my off peak rates are so cheap that gas would have to be below 75 cents a gallon to be competitive (in my old PHEV)
Click to expand...

Yeah the flip side (if you can time it strategically) is pretty awesome here too in CA. I live near a shopping center where there's free L3 charging (50kW) - it is often in high demand as a result, but if you make the effort you can essentially charge for free, forever - that's an impossible option with gas. You'll need the CHADeMo adapter to do this, but I've found it a worthwhile investment to get one because of free charging options.

I had a similar option when I visited UT to ski - I stayed near an L3 charger next to a transportation hub / library that was completely free, which was awesome.

Other examples are 16kW Tesla destination chargers scattered throughout America. They're slower, but if you plan ahead using Plugshare it's actually a really nice option.
Reactions: HappyDude
B

Lexdysic said:
I really like A Better Route Planner. I'm not sure about planning costs- if that feature is even available I haven't used it. But for long trips, I've found it extremely accurate. Of course, it depends on the information you're putting into it.

Just be sure to put in accurate info like extra weight, the speed you'll actually drive, etc. If you get a token and link it up with your Tesla, you can get real time information from it while you're driving. I used the Tesla navigation in the car to my destination, and ran ABRP on an iPad mini underneath and it navigated to the next supercharger. Worked out great.
Click to expand...

Unless I'm wrong you should probably have Tesla nav pointing to the next supercharger so it pre-heats the battery for more efficient charging.

Select California Tesla Supercharger Stations Are Half Off At Night

Supercharging & Charging Infrastructure May 12, 2021
tfan2018
T
I
Many Superchargers now Time of Use in California