Looks like things are moving along in the US 95 corridor between Las Vegas and Reno. Today's searching came up with a Tonopah town board agenda from 10/14:
http://www.tonopahnevada.com/agendas/2015/TTBAGENDA-10-14-2015.pdf

Agendas and minutes are posted to the site but they haven't put up the minutes for the 10/14 meeting yet. Their 10/28 agenda is up but doesn't mention Tesla.
••• 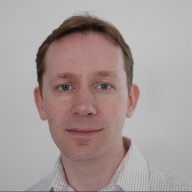 Added it to supercharge.info We'll see if someone can find the address.

The fact that town officials are the petitioners and they are having the agreement reviewed by the DA would seem to indicate that the town itself is a party to the agreement, i.e., they are hosting the supercharger on town property. The maps on the pages linked above show that both the town office and the public utilities building are in the heart of town near hotels and a restaurant. I'm guessing the utilities building would make for an easier install.
•••
C

Update: I talked to Chris Mulkerns. She said the DA's office is reviewing the agreement. No idea when that might be done because "they're pretty busy."

They are looking to install the SC at "a park downtown called the pocket park." I couldn't find the park on Google Maps but according to this page it's on Main Street (US 95) "in front of the new firehouse." According to this page, the volunteer fire dept. is located at 100 Main St., but who knows if that's the new address or the old one.

Maybe. Although that firehouse might also be the old firehouse.

http://www.tonopahnevada.com/agendas/Min2015/7-22-15%20minutes.pdf
(It's a scan so not text searchable).
Page 5 refers to the Stealth monument at the Old Firehouse on Main St and you can see Stealth in your photo.

The minutes also mention that an old Pink Motel (L&L motel) property on Main St was purchased by the town in 2003 (it had been condemned and was razed) and that they used it for the new firehouse and a place known as pocket park. The motel was famous because Howard Hughes secretly married there.

Unfortunately I haven't been able to find a clear address.

http://www.tonopahnevada.com/agendas/Min2015/7-22-15%20minutes.pdf
.
Strange thing is that the Mizpah hotel is listed as being at 100 Main St, and that's up the road from your photo. (Base on Google maps and that Best Western in the photo).

Anyone fancy visiting to check it out? Apparently it was a silver mining town, and there's a solar thermal plant near it.
Tour Around Nevada 2015 - Tonopah - Nevada Magazine
•••
C

I think you're right. The picture above is the old firehouse. As the minutes you found indicate, the new firehouse and pocket park were built on the former grounds of the L&L Motel, also known as the Pink Motel. Interestingly, as you mentioned, billionaire Howard Hughes married a Hollywood actress there in '57. Those were the good old days in Tonopah.

One of the sources says the top floor was chopped off and it was renamed as the Tonopah Motel (see the terrible reviews) which is what Google Maps thinks is still in that location, and it may actually still be there. The lot we're interested in (I think) is next door at approximately 225 Main St. On Street View you can see the new firehouse (probable address: 241 Central St.) with several overhead doors and a sign where you can just barely make out the words "Tonopah Volunteer" and "Fire Department & Ambulance." It's new enough that it doesn't show up in all street views.

I feel pretty confident that this is the location. I wouldn't mind checking it out after the Beatty supercharger opens.

The red arrow points to the new firehouse. The area in front is what they might be calling the pocket park. The green arrow points to the pavilion. From this angle, the Tonopah Motel is just up the street, off in the background to the right, behind the pillar sign that's in front of the fire station.

I found enough info to locate the new firehouse - it's a few blocks north of the little green park with gazebo pictured further above. The Pocket Park is an area in front of it, which was the former site of the Pink Motel (whose address was 201 N. Main). It doesn't really appear to be a park at first glance due to the lack of grass.

Edit edit: That page which suggests the Pink Motel was taken down to one story and renamed is incorrect. Here's the page I found explaining the redevelopment of the property:
Renewal Awards

I checked Google Earth and 1990s aerials do show a motel-looking building on the site of the new fire station and park.
Last edited: Nov 3, 2015
•••
C

I forgot to mention one detail from my conversation with Ms. Mulkerns. She said they wanted to get the supercharger built before the weather gets "squirrelly" (I think that's the word she used). The time frame for a response from the DA's office is unpredictable, but if things can't get done in time weather-wise, then construction may have to wait 'til spring, she said.

Tonopah is at 6000 ft. elevation, similar to Lake Tahoe. They are already getting hit by a cold snap with below-freezing temperatures and some snow at night. The weather forecast doesn't mention anything about squirrels.
•••

Aside: Tonopah is on US-95 that goes from Mexico to Canada. If Tesla completes the connection from Las Vegas, NV to Reno, NV via US-95 with Hawthorne, NV and Fallon, NV, they'll actually have US-95 from the Mexican border to Winnemucca which would be a bit over half way. Couer d'Alene is also on US-95.
•••
C

Tonopah to/from the Gardnerville SC is possible in any 85, which means the Vegas to Reno/Tahoe route will be open (for many of us) as soon as Tonopah opens. Hawthorne and Fallon will open up a faster route to Reno, saving about an hour, but won't really make a difference going to South Lake Tahoe.

If you want to go straight up US-95, Tonopah to/from Lovelock can be done in an 85 with some careful range conservation. That route only goes as far as Winnemucca, though. There's nothing in Tesla's future SC maps that will directly connect Winnemucca to Boise or Boise to Coeur d'Alene. Both legs would require a bit of a detour.

I don't know what the passes are like, but Vegas to Reno/Tahoe could in theory be open for the ski season. That's pretty cool.
•••
C

Update: The city has received comments back from the DA, but in the meantime they've also received something to review from NV Energy about installing the state's Electric Highway charger in town (not sure if it'll be at the same location or not). They are sort of bundling the two proposals together and hopefully will be acting on them at a board meeting on December 9.

At this point I think the very earliest we could expect the SC to open would be January or February, and that's if they don't decide to wait for better weather in the spring.
••• 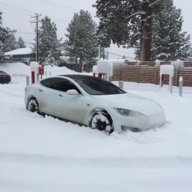 I emailed the DA about this. Can't wait to make it up to Tahoe!
•••

It's still possible for them to open this season, but unlikely :/
•••
C

Update: The town board approved the contract last week and sent the documents back to Tesla for signature. Construction probably won't start until February due to the weather. I would think a March or April opening is likely, possibly May if there are delays.
•••

Im planning on heading up to tahoe end of jan, assuming Beatty and Mammoth Lakes are open by then, I suppose a trip from Vegas to Tahoe should be possible without Tonopah.
•••

Any updates? Want to drive my Roadster from Reno to Las Vegas in a month and am trying to find sources higher than 40A RV outlets so hoping some HPWCs might be along the route too but can't find any on Plugshare. I have the Model S to Roadster adapter from Henry. Also driving a Model S down so the Supercharger would be helpful as well
•••

I don't think anything has happened at this location yet. I reviewed the minutes for the October meeting whose agenda I linked in the opening post. There was discussion of possibly seeking a different site nearby as there was some worry about the superchargers using up too much space compared to the pocket park. They also entertained the idea of moving the pocket park rather than the supercharger site. Tesla was listed on the agendas of two of the December meetings, but those minutes have not yet been posted.
•••

T
5,009 Miles from Florida to SoCal via Lake Superior