Sorry for such a simple Q. I have tried to read other threads but they get complicated and avoid the obvious Q from a simple chap!

I am contemplating a journey from home in the uk across the channel, down through France, to Spain.

Simple Q
Are the supercharger connections the same or do I need something?
Model S 2016. UK. Type 2 normally.

No info required about anything else.
Thanks

IanMcL said:
Are the supercharger connections the same
Click to expand...

Yup All EU the same. USA different. If you are planning to drive to e.g. China then Dunno


IanMcL said:
No info required about anything else.
Click to expand...

beware that domestic connection in France is NOT straightforward ... ask if you might need that.
I

Great stuff! Thanks.
When researching, via other threads, the trials of French and Spanish domestic was very apparent!

The reason I asked was owing to the new connectors added to UK superchargers, which appeared to be for Euro Teslas. Hence why I thought the connector in Europe may be different.

I can live well with superchargers!

IanMcL said:
the new connectors added to UK superchargers, which appeared to be for Euro Teslas. Hence why I thought the connector in Europe may be different.
Click to expand...

Tesla started out adding Model-3 CCS Plug hoses to a couple of existing stalls at Supercharger sites across EU (including UK before M3 RHD arrived ... )

I reckon everyone, me include, assumed that would take them a while ... there is a Google DOCs Spreadsheet of which site / how many stalls / etc. But after only a couple of months Tesla had done all bar a handful right across EU ... and a couple of months later (i.e. now) about 50% of sites are "all stalls converted". To me the roll-out rate has been impressive ...

Model-3 SatNav will only take the driver to Superchargers that have been converted (OK ... "nearly all" now )

The stalls that have been converted have two hoses - the original Model-S / Model-X one, and the additional CCS Model-3 hose. 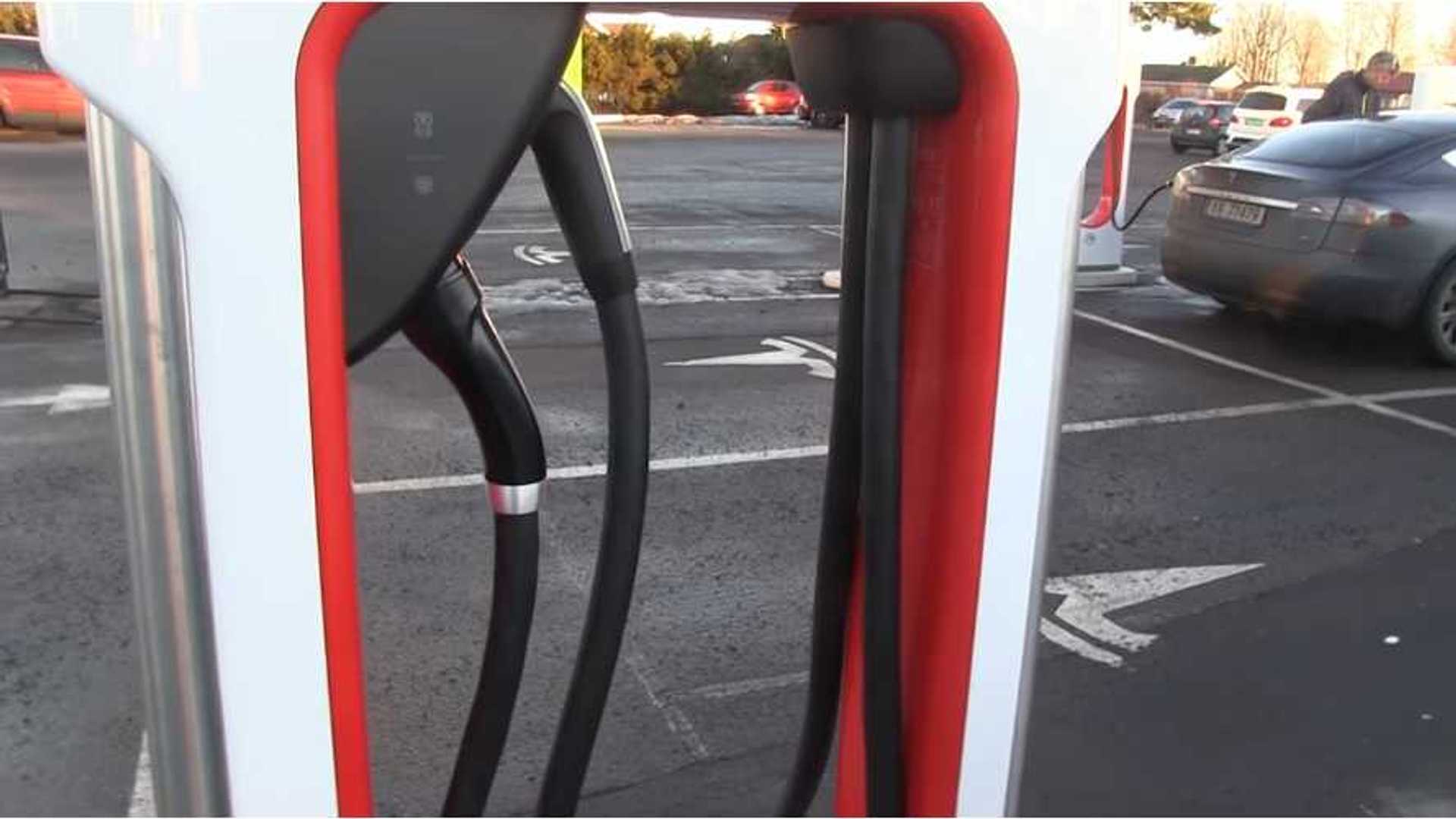 So why CCS at all? 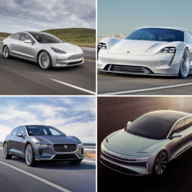 IanMcL said:
So why CCS at all?
Click to expand...

CCS was introduced to the Model 3 so owners could charge at 3rd party chargers, which use CCS not Tesla Type 2.
Model S & X will likely be changed to CCS soon
I

cizUK said:
CCS was introduced to the Model 3 so owners could charge at 3rd party chargers, which use CCS not Tesla Type 2.
Model S & X will likely be changed to CCS soon
Click to expand...

IanMcL said:
So why CCS at all?
Click to expand...

When Model-S came out ... 7 years ago I think? ... there wasn't a suitable charging standard so Tesla created their own. The world could have adopted that but ... Politics

CCS is the new standard for Rapid charging (there are others like CHAdeMO but they look unlikely to win the VHS-BetaMax race). CCS is a committee-compromise-thing - the Plug is huge, and therefore you have to have a Big Flap to cover it, which is far more likely to get broken off and so on. Anyway ... it-is-what-it-is.

Tesla decided to adopt that CCS standard for (non-USA) Model-3 rapid charging .... M3 can therefore charge at (suitably converted) Supercharger ... or any 3rd party site with CCS chargers (of which there are huge numbers ... but currently they are quite slow, and many are unreliable). Huge "Really Fast CCS Charger" rollout "coming really soon now" ... it is definitely happening, but not very quickly, and Supercharger Network size is increasing too ...

Indeed, there are CCS chargers which are faster than Supercharger (until next generation Supercharger gets here). So kinda convenient for M3 owners to have the choice. Notwithstanding that 3rd party charging in UK is pretty much universally dreadful - broken stalls, slow stalls, very few stalls at each site, cars with very slow charging speeds (so if there is one occupying the pump you want you will have a long wait) and so on.

Quite a few stories of incompatibility between THIS brand of car and THAT 3rd party CCS charger site ... none of those problems with Supercharger because end-to-end it is Tesla and totally under their control.

But ... "it is the future"
Reactions: EVMeister 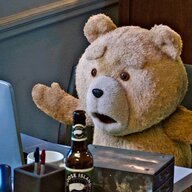 WannabeOwner said:
beware that domestic connection in France is NOT straightforward ... ask if you might need that.
Click to expand...

I’ve very interested in this. Travel regularly to rural France to see Mrs interbear’s family. With the nearest Tesla superchargers 40 minutes away in Caen I reckon I will be reliant on domestic charging chez la famille. My assumption was that I could use the Tesla UMC connector on a domestic wall socket with a UK>EU adaptor. Or perhaps buy a French specific cable for this. Is my assumption incorrect? Would be very appreciative of any information on this topic.

interbear said:
My assumption was that I could use the Tesla UMC connector on a domestic wall socket with a UK>EU adaptor
Click to expand...

You can get a Schuko adaptor for UMC ... but ... French properties are wired with LIVE/NEUTRAL whichever way round the Sparky connected them on-the-day ...

This will hopefully lead you to the answers:

You need the specific French adapter, which has a very small green spot on the side. The EU adapter may or may not work on French domestic circuits depending on how they are earthed. I have both. The EU adapter worked fine in Belgium but not at a friend's house in France, but the French adaptor did work there OK.
Reactions: interbear

WannabeOwner just beat me to it! I'm sure he's correct about the LIVE/NEUTRAL wiring, I just understood it was to do with earthing so may be wrong on that - but the French Schuko adaptor is essential if you want to be sure to charge from a domestic socket.

mikemillar said:
I'm sure he's correct about the LIVE/NEUTRAL wiring
Click to expand...

I'm definitely right about that bit - at least for the sample-size-of-one Inlaws place which definitely had the supply coming into the house wrong-way-round ...


mikemillar said:
, I just understood it was to do with earthing
Click to expand...

That may very well be an issue too !

Thanks @WannabeOwner and @mikemillar looks like the right approach will be to buy the specific Schuko adapter for visiting France. I saw this website on the thread earlier so will likely call them to explain what I need and let them sell me the best solution - https://www.xavelec.co.uk/ - they also mention Schuko, not a term I had ever come across before I started out on the EV journey!
D

Looking on Amazon, there are Shuko adapters for around £5. Is the risk that they won't support 10A?

Any one recommend one that doesn't cost £60!?

I bought the Tesla French Shuko adapter. But if you go for the Xavelec system it looks like you would need their Compact Phase Inversion adapter as well. The prices looks similar to Tesla's, I paid £70 per adapter (but 4 years ago). The Xavelec system might possibly be more versatile if you need several adapters. 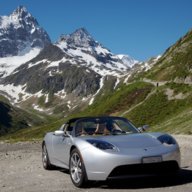 Indeed - also France has some special sockets - also for their household variety plugs (called Schuko in Germany). It looks nearly the same, but has sometimes a pin in the socket. There you can only use a plug with a hole to accept that, such as this one here: 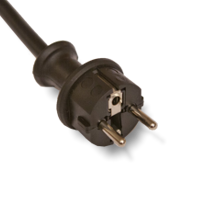 This forces phase and neutral to be always connected to the same pin. This is fine as long as phase and neutral happen to be in the right place. Many electrical devices would work regardless, but not your Tesla charger. We noticed that problem when trying to charge a Dutchmans Model S in Spain. The socket we tried to connect to was wired incorrectly. Another problem there was the overall weak connection to the grid. We managed in the end to get 16A out of the cooking range connector, provided not much else was turned on. The whole house had only 3.6 kW (16A x 230V). A pictorial view of the most common connectors used across Europe is here (Sorry, text in German). Perhaps enquire if an electrician to help out would be more or less readily available upon arrival. For safety I would also recommend dialling the Amps a bit down to start with. Start at 8A on a 10A socket e.g. and check after an hour or so if any connector is getting hot.

mikemillar said:
WannabeOwner just beat me to it! I'm sure he's correct about the LIVE/NEUTRAL wiring, I just understood it was to do with earthing so may be wrong on that - but the French Schuko adaptor is essential if you want to be sure to charge from a domestic socket.
Click to expand...

You need BOTH adapters for France. You can use EITHER of them in Germany etc.

The UMC cares which is which of Live and Neutral; however, continental sockets/electricians don't care. For the actual Schuko socket, this is (usually) no problem, as the plug fits in two ways round - if it doesn't work first time, just unplug it and plug it in the other way up. The French sockets (with the earth pin sticking out of the "socket") only accept the plug one way up.

The Tesla "Schuko" and "France" adapters look identical - they are the typical "universal" plug that has both the side earth contacts for Schuko and the centre earth hole for France - the only difference is that they are wired with the connections swapped. Hence in France you try one adapter and if it doesn't work then try the other one.

If you don't fancy buying both Tesla adapters, then alternatives are:
Also worth mentioning is that some public charging in France uses the "Type3" connector, which a (French) connector manufacturer dreamed up as an alternative to the (German-invented) Type2, and based on a totally spurious technical/legal argument managed to get it into the standard for connectors. As I understand it, people in France have finally seen sense and given up on the Type3, but you might still find the odd one around and won't be able to use it unless you've bought a Type3->Type2 cable.
Reactions: Alfred and WannabeOwner

dakang said:
Looking on Amazon, there are Shuko adapters for around £5. Is the risk that they won't support 10A?
Click to expand...

I suspect using a cheapo schuss adapter wouldn't work. The UMC charger is rather finicky about current capacity and compatibility. I think there may have been some discussion about this a few years ago. Things can get rather hot if you are drawing 10 amps through non-rated equipment for a lengthy period and the UMC charger would probably detect this and shut it down..
A

dakang said:
Looking on Amazon, there are Shuko adapters for around £5. Is the risk that they won't support 10A?
Click to expand...

If you mean this sort of thing:

that you typically find at in shops at the airport, then they are completely hopeless. I dismantled a couple of different designs a while ago, to see what they were like inside, and they were very bad, certainly not up to 10A. Often, they use the smaller diameter pins to make it a "europlug" rather than Schuko - in the interests of wider usability across Europe - but Europlug has a 2.5A rating.

You really want the sort that are a short length of cable with appropriate plugs/sockets on either end.

This sort of thing might be OK:
UK 1 gang socket to euro / schuko plug adapter lead | eBay
though for that particular one I'm a bit suspicious of the quality of the UK socket in the photo.