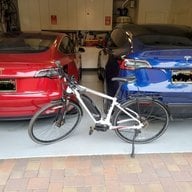 Okay, everyone knows you can get this error when the radar sensor has bugs or road debris on it.

My situation is that for the fourth time, TACC dropped out on my drive to/from work. Still, not remarkable.

Or is it? The TACC dropout occurs in the exact same location (an HOV flyover between I-5 South and CA-55 southbound). It's happened now three times in that direction, each time within 1/10th of a mile from where it first (and secondly) happened. The one time it happened northbound (CA-55 N to I-5 N) was along that same flyover, though further south than the other three incidents.

In all cases, TACC returns about five miles down the road with no reboot or other action other than hitting the cruise stalk periodically.

The only logical explanation I can think of is some source of RFI at the frequencies that TACC radar uses. Of note, the sun is never in front of me, so it's not the camera being blinded (I'd expect a different message anyway in that case).

Anyone else seeing a pattern of TACC dropouts?
••• 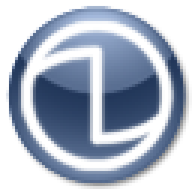 We've had "Driver Assistance Features" disabled twice at what appears to be the same location. I wasn't driving the first time, but the second time there was sun shining down pretty hard on the front of the car. In both cases, it returned on it's own a while later.

It's pretty aggravating, especially since the first time we didn't know what was wrong, but it was telling us to take it in for service (~2-2.5 hours away), and we'd only had the car a week or two.

The second time I realized I could ignore it.
•••

There's two places on my commute that this happens. Both are in the commute lane where there are barriers on each side to form one lane. It's happened in sunny, partly cloudy, and rainy weather. I mentioned it to the SC and they had me reboot. Thought that the reboot cleared the bug but it happened again today so I pressed the voice command to "report bug" when it happened per the SC's instructions. The SC can isolate the incident better with that report. They're looking into for me.
•••
C

If there are walls on both sides, wouldn't it be similar to this? TACC disabling in tunnels

Possibly caused by weird radar reflections/resonances if the walls are the right distance away.
•••

Coiled said:
If there are walls on both sides, wouldn't it be similar to this? TACC disabling in tunnels

Possibly caused by weird radar reflections/resonances if the walls are the right distance away.
Click to expand...

Thanks for the link. Could be a similar reason. The commute lane is manually " zipped"each day taking away a lane in non-commute direction to add another commute lane. No issues when I'm driving in the zipped lane during non commute time.
•••

This sounds related, but doesn't explain the highly intermittent nature of the fault in my particular scenario. It occurs maybe 1 in 10 times on that stretch.

It will be very interesting with the 7.0 enhancements to see what happens when (or if) TACC disengages steering and cruise.
•••
J

I go on the exact 5 to 55 fwy HOV flyover you are referring to and I have the same problem -- it doesn't matter whether I am going northbound or southbound. The one time I asked Tesla service center about this they just shrugged their shoulders and said they heard about the issue but the service guy offered no real explanation. Are you still dealing with this issue and/or have you had better luck in getting an explanation from Tesla service? I am reading these member forums and am hearing about recalibrating the radar and adjusting a part of the frame because something went off alignment and covered a part of the radar, etc. I'm not sure whether you went with either of these two approaches to fix (if fixed).

AI, Autopilot, & Autonomous/FSD May 27, 2022
Yelobird
Y
R
Questions from a Prospective Winter Buyer for the Model 3