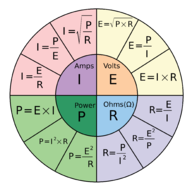 My 85D has some noise coming from the front suspension that sounds exactly like a tamborine.
I took it to the SC for annnal service and took a tech for a ride and he said the noise was coming from the top hats on the air struts. I left the car there and a few days later I was notified that the noise was coming from the headlights, yes the headlights. They said that they lifted the car and could not reproduce the sound by banging on the tires.
Now, I have had this sound on one other car and it went away when I replaced the struts, so I am very skeptical of the diagnosis. The sound is consistent everytime I drive over even the slightest bump or pothole, even the road reflectors trigger the sound.
They want $1200 to replace each headlight and my car is out of warrantee. I declined and I am tempted to remove the bumper and headlights to test again but that seems like a lot of work. I may just attach my gopro to the car near the headlights and see if I can pinpoint the source.
The sound is not even detectable when the windows are up. The clunking sound is detectable from inside with the windows up and I can feel it on my right foot. The car handles beautifully, it’s just really annoying to hear. Very frustrated and I am contemplating cancelling my wife’s model 3 reservation over this.
Does anyone on here have any ideas?
I have heard of people “fixing” similar top hat noises on other cars by wrapping the top hat with parachute cord. Seems cheesy but it may be my next approach...
••• 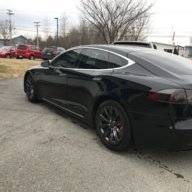 My money is on upper strut plate.
•••

Cram collision said:
My money is on upper strut plate.
Click to expand...

I think you are right. I'm gonna try to get the car up on jack stands this weekend and try to isolate the sound.
•••

Well, I pulled the front bumper and headlights off and drove it over some road reflectors, guess what, the rattle was still there!
Reactions: CaliSol and m2140
•••

I have a couple of videos and pictures to share. I also posed on the 15 page thread about other front end rattles.

Ohm’s Law said:
I think you are right. I'm gonna try to get the car up on jack stands this weekend and try to isolate the sound.
Click to expand...

I fixed my rattle by first applying a then layer of grease to the top of the strut and then a healthy amount of window urethan to top of the strut and then reinstalled. Basically made a urethane bushing and no more rattle and yes mine sounded like a small band playing against the fire wall. I found also they put a manufacture decal or part number on the top of the strut that had worn away adding a gap that I believe could of also led to the movement that caused the rattle. I wasn’t taking any chances I wanted that noise gone.
Reactions: Ohm’s Law
••• 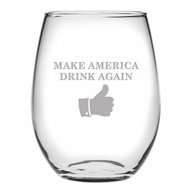 Were you possibly driving through Peoples Park recently?
•••

Cram, thanks for the info! I'm gonna pull the struts this weekend and take a good look at the tops and I'll probably do the same as you did.

Model S Yesterday at 5:18 AM
Kandiru