Tonight, for the second time, my car temporarily lost power brake assist. The symptom was a very heavy/stiff brake pedal, with extended stopping distances (with very heavy pressure, I could stop normally). It felt like an ICE car with a loss of vacuum assist.

The first time it happened (last April) was after supercharging, and the car recovered after two power off/restarts in the parking lot. Luckily, the lot was empty so it wasn't a safety issue.

This time, I didn't notice the issue until I reached the stop sign exiting my neighborhood, and almost rolled into traffic. Normal braking recovered with a power off/restart.

Has anyone seen this? I did a quick search and didn't see anything beyond some preemptive brake booster replacements in 2014. 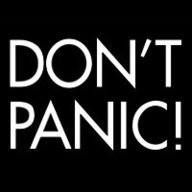 Service sent a tow truck to pick up the car last Saturday to look at this and the "Driver assistance features unavailable" errors I had earlier in the month. They are delivering the car later today.

The service adviser mentioned needing to get Tesla engineering involved to help debug. They replaced "a switch" - I will post more info when I get the paperwork (they also replaced the camera for the autopilot issue).

EDIT - I forgot to add - it happened a third time last week, which is what prompted me to call service and ask them to take a look at it. Times #2 and #3 this month were below freezing (although #3 was just under - upper 20's F). I don't remember the weather the first time, but I'm sure it was above freezing (given it was in April). #1 was right after supercharging (parked ~30 min), #2 and #3 were after sitting overnight.
Last edited: Jan 26, 2018

Hmmm. Sounds like my car's behavior after a big snowstorm earlier this month. i moved the car a short distance, and could hardly stop. At the time, I assumed it was snow in the brakes. The wind had been fierce (it was the "bombogenesis" storm of January 4 so i figured snow was between the disc and the brake pads. Brakes were fine later. But now I am wondering if the pump might have been affected by the cold...?
Keep us posted.

I'm not sure why the brake switch would be the issue, but *shrug*

They also replaced the front radar, recalibrated the autopilot, and updated the firmware for the autopilot issue. The car is coming back on a flatbed tonight (I live 2.5 hrs north of Watertown service. Tesla service is awesome!)
Reactions: Jashev

Similar issue from 2016 (although it clear on it's own; mine needed a power off/restart) - Brakes temporarily not working!
P

Similar issue last week. 2016 model S70 (2nd gen), warning "parking assist disabled", followed a few minutes later by "power brake assist reduced". Warnings disappeared after a reset, then both occurred in rapid succession, and the brakes felt like my old Chevy, with no power assist--heavy, but they worked. Both warnings disappeared again after stopping and resetting. The service center was nearby, so opted to drive there on surface roads--on the way, the brakes were fully lost, like pressing on a brick, with a grinding noise with any pressure. Narrowly avoided an accident and was able to coast into the service center and stop in the parking lot on regenerative braking and a small hill. Terrifying to say the least. So far, the I-booster has been replaced, followed by the brake switch, no clear explanation for why it happened or what went wrong.
A

Hi,
I just sent my 2016 75D model S down to Dedham MA service center to have my brakes tested for this very same thing. It happened three times in the last year. I was always going less than 15 mph when it happened, and luckily nothing was in front of me because I couldn't stop by even pressing VERY VERY hard on the brake pedal. It was almost like I lost the power brakes. A few seconds later the car was fine. Tesla couldn't figure out why this happened even after examining the logs. They suggested that I do a cleaning of the brake pads and calipers for $195 which I agreed to since the car has 50k miles on it now.
Reactions: David29

Just to update - I haven't had any braking issues since Tesla looked at it 1/18, so I guess that took care of it.
Reactions: David29
P

tga said:
Just to update - I haven't had any braking issues since Tesla looked at it 1/18, so I guess that took care of it.
Click to expand...

I'm having similar issues (see Brake stuck on during driving (!) after service), and they've replaced the same switch. I haven't yet got an adequate explanation of why the switch would affect the power brake assistance though, it seems that should be independent from any switch that determines if the pedal is pressed for purposes of brake lights or drive/park/reverse selection.