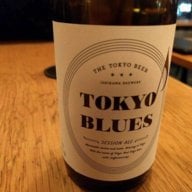 On my latest road trip I had the opportunity to charge on an updated 150 kW Tesla Supercharger and also on a regular HPC from a different vendor also 150kW. Astonishingly they allow for identical charging curves.

Have a look at my video here:

I think the main take from it is that a 200 or 250kW wouldn't give a huge speed advantage, but not having to share speed will be an advantage.

I believe the speed advantage will be around 3-4 Minutes from 10%-70%.
Unfortunately I forgot that the screen goes blank when I close the door, but you can have a look at the HPC, as you can see the speed matches almost perfectly.
Also I started with 9% on the HPC, hence the kWh charge difference of about 2kWh.

Let me know if you have questions?
Reactions: Acps110
•••

Also, going from 80%-90% isn't really worth it with about 10 minutes charge time. I would do it only if you don't have a charger. But this happened to me only once, when I was outside of Tesla theritory in Eastern Europe where I had to drive 430km on a highway on a single charge. Which I managed to do with 85%.
Video follows soon.

Also, when I compare my video to some of the Tesla 150kW Supercharging Video from the states from May/June I get around 5-10 Minutes advantage above 70%. So not sure if their batteries were older or not up to temperature (I was driving on the highway so mine was perfect both times), but their charging time is way slower. Maybe you can share yours.
Last edited: Sep 15, 2019
•••
A

As far as I know the car is responsible for the taper, not the Supercharger. So not a surprise getting similar charge curves from different chargers. 250 kW won't help when the car is already tapering the charge rate. That'll only save a little time at low states of charge, before tapering.
Reactions: Rocky_H
•••

This is only half true. Previously, before the 200kW update, the car was charging faster on IONITY 350kW as it did on Tesla's Supercharger, even though it was maxed at 120kW. On IONITY it always started with 120kW and was holding the 120kW pretty long, up until 30-35%. Have a look at this video around the 30 sec mark.

Whereas on the Supercharger it had a different curve. It went to about 115-117kW max,tapered off pretty fast below 100kW around 45%.

So IONITY was faster even though the software inside the car was the same.

If you compare the videos I just posted you will see the huge difference. Also, with the new 150kW update, at least the one I tested, the car charged to 70% in 21 minutes whereas with the old one it did 50% in 19 minutes or so.

Also, in the video I posted you can see that the Supercharger actually had a better curve this time around, watch my video around the 50% mark and see how on the Supercharger the car is charging 5kW faster.

So you see, the car did have different charging patterns on different chargers even though same software update and I think the Superchargers were more reserved and were trying to preserve the battery more. With the 150kW update Tesla just released it for both HPC and Tesla Superchargers, hence the almost identical curve.