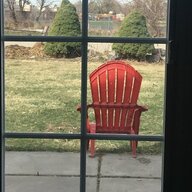 While using the Tesla Mobile Connector (TMC?) charging with the Tesla App, I am attempting to raise or lower charging amps on the app from within my home. My problem is with the Tesla App, that I tend to, at some point in the charging process, fat finger the "Stop Charging" button that is way too close to the lower (-) Amps while changing the charging Amp level. I hope Tesla can separate the two buttons, more than the 1/16" (1.6mm) it is now. This happens while charging at home, and attempting to charge for free with my solar panels, matching Amps level as the sun rises higher, lower during cloud cover. Works best on clear days. Once I fat finger the "Stop Charging" button, it immediately stops the charge "Charging was interrupted" or similar message. Then I have to run out to my Model Y and start the charge again on the main screen. Attempting to start again with the app while using the TMC charge cable gives an error. Something isn't right with the "Stop Charging" button, and worse, when I first troubleshot, I tried unhooking the connector. That erased the information on how much it had charged, say 11kWh added was gone, though just the record of charge having taken place.

Hi fellow Tesla owners. I'm new to the site, and glad this forum is here.

You don't say what phone you are using, but I'm on an iphone 12 mini, possibly the smallest out there, and I find there is more than enough room. The stop charging button is separated by an admittedly thin black line but the distance, on my mini, is just a hair shy of 1/2" from the middle of both buttons.

I use an iPhone 7, so similar sized. I’ll acknowledge more non-button space was added between amps adjust and stop button in the recent update, likely undocumented. It does appear to be 1/8” or a bit more. I’m still fat fingering the stop charging button. i have to run to the car: because the charging has abruptly stopped, attempting to restart only gives an error (i think the app stop command isn’t the same as the 15” screen stop command) Because i don’t get an error. Also i am chasing the power meter, to charge from my solar concurrently with producing the solar power, thus zero cost to charge. If i keep the meter from moving while consuming 45+ Amps of solar power, it cost zero $. When i fat finger the stop button while adjusting the amps, the meter runs backwards, until i go to the car and restart charging. In the 2500 mile this month, it costs me $0.02/kwh at the most to charge during the day on my grid-tied solar.
Reactions: jmaddr
•••

Too easy to get charged for Idle minutes at a Supercharger