If you would like to get a quicker idea of how well Tesla FSD is working these days, I have put together a compilation of the latest release, 10.69.1.1. (Ok, 69.2 was JUST released, but so far the changes aren't really noticeable, from what I have seen.)

I don’t want to say FSD is fully at this point yet, because it’s not, but we’re getting more to the point of beta testers complaining that FSD doesn’t drive like the driver’s prefer. Comments you’ll hear are, “The car is stopping too early; why doesn’t it work as well in the rain; I would like to see the tesla avoid manholes and potholes.” Ok, it’s not that some of these aren’t valid, it’s just that these drives are improving so much that there is now room to discuss the finer details of better driving.

Phantom braking is gone, kind of… there are still issues when there are people around and some crosswalks are now causing some issue.

I added a bunch of final commentary at the end. 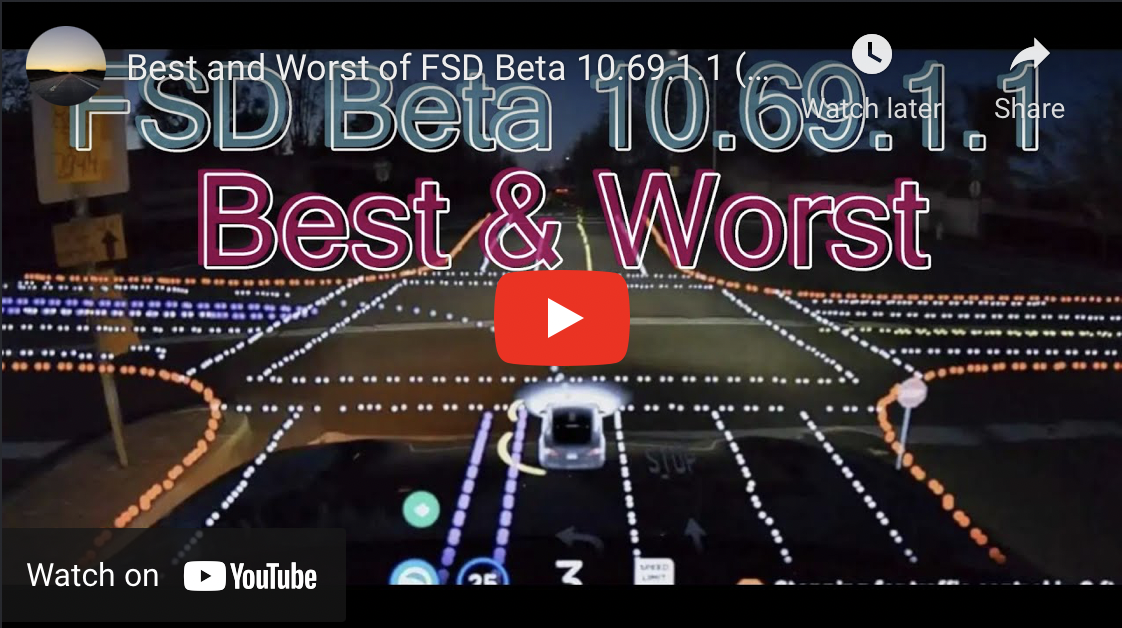