Each charge station is privately owned and available for public use, either provided free or for a nominal fee. The network is the result of a grass-roots effort by Roadster drivers and forward-thinking hotels and resorts. Now Roadster owners can enjoy their cars’ breathtaking acceleration and 212 mile range as they tour Great Britain, and conveniently recharge while having a meal, using leisure facilities, or indulging in an overnight stay. Tesla’s High Power Connector (HPC) delivers a whopping 70 amps of electricity, fully charging an empty battery in less than three hours, and “topping off” a partially-charged battery in a fraction of that time. Complimenting the HPC network, Zero Carbon World, a charity dedicated to creating a clean energy future, has installed medium power connectors (MPCs), delivering 32 amps, at several sites throughout Britain. Tesla’s forthcoming Model S luxury saloon also can charge on the entire network.

An historic drive, from John o’Groats on Scotland’s northeast tip, to Land’s End on the southwest English coast, will combine the Roadster’s long range with the network’s high power charging. On Saturday, May 21, Kevin Sharpe, founder of Zero Carbon World, will set off from John o’Groats in his electric blue Tesla Roadster along with EV expert David Peilow, both taking turns at the wheel. They expect to reach Lands End on Sunday, with stops to charge up using Tesla HPCs along the way.
Click to expand...

Follow our progress live at the link above or on @dpeilow and @zerocarbonworld on Twitter, using tags #endtoend and #EV.

markwj said:
Looks like it is time to revisit that Roadster London -> Scotland trip, but this time using public HPCs. Or, perhaps Landsend to Caithness?
Click to expand...

malcolm said:
Really needs to be a step up from last year, though - is Lands End to John O'Groats possible??? Is Robert Llewyllen available to drive???
Click to expand...


Wow! I wasn't expecting anything this quick. Have fun (as fun as 900 miles in a roadster can be), and I'll be watching on Twitter.

HUGE thankyou to David and Kevin for getting this off the ground in such quick time.

Any approximate timings for the stages in your journey?


ETA: the (recumbent) cycling record seems to be about 41 hours :biggrin:

The following timings are very preliminary: 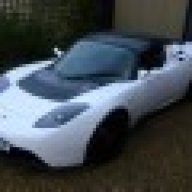 Good luck guys! I hope this gets the publicity it deserves.

(P.S. Don't forget to email Jeremy @ TG after every 55 mile segment to keep him apprised of your progress! :wink::biggrin: ) 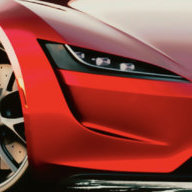 good idea do that! and good luck. take many photos!

I'm glad you are creating som positive buzz for Tesla in the UK.. with the BBC, Top Gear and the rest of the population against EVs you seem to need it I especially like that this is done before the Leaf Top Gear episode is aired.

Not just photos... You guys should certainly shoot video as well. Maybe Bobbyllew can hook you up with some cameras.
Any scheme for getting charge status notifications?

I'm a little surprised this looks like an endurance run. What's the rush? Why not get a nice 8 hours of sleep at one of those hotels? 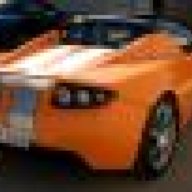 I did Lands End to John O'Groats with my late wife in our 1950 MG-TD. I'd love to do it in my Tesla Roadster. Have a great time and keep us updated.

Will it just be the two of you in the one Roadster, or will there be other vehicles coming along too?
K

TEG said:
Will it just be the two of you in the one Roadster, or will there be other vehicles coming along too?
Click to expand...

just the two of us, no support vehicles.

I imagine you blokes will be quite well acquainted by the end of 900 miles!

The story has hit the mainstream newswires!:

Have a great trip. I hope you get lots of news coverage. 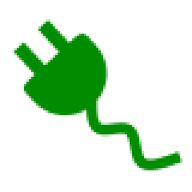 Props to Andrew Bissell and Patrick Bird for their support in testing of the charging network too; you can hide but we'll find you and name names :biggrin:

A quick google news search shows a dozen or so sites have picked up the story including MSN and What Car. Great progress seeing you have not even set off yet!

They are underway!
start of #EndToEnd #EV run at John OGroats on Twitpic

Here's my take on the run at AllCarsElectric Testing Out a New Charging Network With a Road Trip - UK Top To Tail
Last edited: May 27, 2011

Does anyone know what the various icons on the map represent? I see: