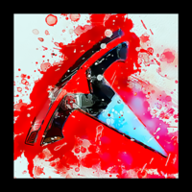 You can read more about it here:
www.teslarati.com/tesla-2021-jd-power-vehicle-dependability-survey/

Here are a few things I'm adding to the list: Battery Degradation, Rust, & Condensation
When I first got the Model 3, I was getting 490km of Battery range per charge. I only performed a full charge once which gave me 524km. I have never used a Tesla charging station.
(I used to have 15000km of free charging in my Loot Box, which was promptly removed after 1 year....thanks Elon!)

Condensation on camera lenses during cold weather, makes using the backup camera totally useless.
In addition the front facing camera is also obstructed due to condensation on the glass in the plastic front facing camera enclosure. Many other car manufactures have never had this problem, because they actually test drive their cars to discover technical issues ..... NOT Tesla!

The Model 3 is the first car EVER where I had to use additional tools to remove the tire & rim, once the 5 wheel bolts had been removed. Each tire & rim were stuck to the wheel hub. Without my 5 Ton jack extension handle and foam kneeling pad I would not have been able to remove the wheels.
I used the kneeling pad to soften the blow from the extension handle while I was bashing the wheel to loosen it from the hub. That's also when I noticed an unusual amount of Rust already occurred on the hub spindle.

(Moderator note: corrected thread title from 2012 to 2021. Also moved to correct section since this is a tesla topic and not a model 3 topic)
•••

Rust - That rust looks like every one of my past 2 BMW M3s and Audi S5. Completely normal looking to me. If this is an issue with you, hit it with a wire brush and add a "very, very, very" light coating of anti-seize.

Battery degradation - This is a slippery slope and entire dependent upon your specific circumstances. It's a calculation over an average of battery cell values and depends greatly on temperature. You don't even state what the charge level is listed for that 436km measurement. I'm assuming it's 90% charged in your photo since 436/524=83.2%. Even at that level, odds are you are just fine. Make sure to run it down to 20% at least once a quarter or so to give the BMS time to log voltage levels at different capacities. Keep logging it over time to see trends rather than base a conclusion on a single snapshot in time.
For reference, my 500 km referenced 2019 M3P jumps up and down from a high of 474 km to 501km at a projected 100% with an average of 487 km over two years and temperatures ranging from 1 degree C to 40C. Teslamate and TeslaFi are excellent at doing this.

Condensation - I think you have something here...condensation and I'll add sun-blinding those same cameras. Part of the laws of physics when you are using cameras but I would hope some engineering trick could help here (like heating those cameras for the condensation but not sure what to do for the sun-blinding).

Overall - I'm EXTREMELY happy. Almost two years and I have yet to have a service, oil change, or other checkup other than a mobile dispatch for simple things. I would have given the highest dependability rating if they surveyed me (but I'm a single data point).
•••

jjrandorin said:
(Moderator note: corrected thread title from 2012 to 2021. Also moved to correct section since this is a tesla topic and not a model 3 topic)
Click to expand...

Thanks..., looking at the topic list I was unsure under which topic to place my comments
•••