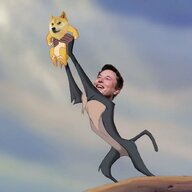 Hello
I unfortunately cannot charge at home. I'll be mostly charging at supercharger. I would like to know if there are free & fast charging station around DC, so I could make use them once in a while.
I know they are typically slow and not worth the time spent. I did check other websites like plugshare, but could not anything convenient. Sometimes experienced people know where to look and knows better, that's why i thought it's worth a shot to ask here. Thanks.
C

HI get the plug share ap for your phone. it will show you all of the community reported Level 2 ( 1772) and level 3 fast chargers in the area , the green ones are level 2 and the orange ones are level 3 and you might need a CHADEMO adapter to use those.. most electrify America and EVGOs have CHADEMO for use by NISSAN LEAFS, and tesla makes an adapter for those. the CCS -2s wont work on your car. and of course super chargers are around a lot more ( and will show up in the map on your car).. recommend you should find a level 2 charger or two near your place you can walk to that wont be as harsh on your car ( a lot of public parking lots and grocery stores have them now) . you will have no trouble finding a ton of places to charge these days. I still use the plug share ap all the time to find spots to stop and charge
Reactions: VivekDr

thanks. I knew about plugshare. but your post was still helpful!

Charliek said:
the CCS -2s wont work on your car.
Click to expand...

I believe the "2" is a typo; CCS2 is a standard that's used in Europe (and elsehwere); in North America the equivalent standard is CCS1.

That said, there is a CCS1-to-Tesla adapter, but it's a third-party product from a company called Setec. There's a very long thread on it here. In brief: It costs $460 (vs. $400 for Tesla's CHAdeMO adapter) and it does work at most (but not all) CCS1 stations. With a Model 3, both adapters are limited to 50kW charge rates. In theory, the CCS adapter could do 80kW, but the Tesla's firmware limits it to 50kW. This limit might or might not be lifted in the future by a Tesla (very unlikely) or Setec (less unlikely, but I still wouldn't count on it) firmware update. If you (@VivekDr) don't expect to need such an adapter often, the CHAdeMO adapter might be the better choice, since it's an official Tesla product; but as CCS is favored by Electrify America, the CCS adapter has an advantage if you expect to need to use EA stations with any regularity. (EA provides just one CHAdeMO stall per station, vs 4-10 CCS stalls per station, so if the CHAdeMO stall is occupied or out of service, you'll be out of luck, or at least inconvenienced, if you're relying on CHAdeMO.)

To the original question, you can always download a bunch of apps or check various Web sites, but PlugShare is probably the single best go-to source for finding public charging. You may need to adjust your filters, particularly if you've told it you have a Tesla but you want to use a CHAdeMO or CCS adapter. By default, when you tell PlugShare you have a Tesla, it will exclude CHAdeMO and CCS stations. Other big networks include Electrify America, EVgo, ChargePoint, and Blink. Others tend to be much smaller or regional, but might be important in your area. (I'm not familiar with the DC-area charging scene.) Sometimes the network-specific apps will show "coming soon" sites or just-activated sites that haven't yet made it onto PlugShare.
Reactions: VivekDr

Install the Volta App, many supermarkets and plaza have a couple of those free L2 chargers. 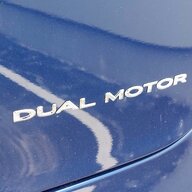 Any specific area you’re looking for? Depends where you are, but for example there are free L2 chargers at Giant, Trader Joe’s and 2 x Wholefoods within a mile or so of my house. Some are better than others (easier to access, higher current etc). I have an 80A / 208V wall connector listed on PlugShare and EVMatch - but if you need it on a regular basis you’ll need to buy me beer
Reactions: kayak1, X-pilot and VivekDr

My daily commute is from Alexandria to Oxon hill.
I knew about trader's joe, wholefoods and wegmans. I spent most 30 mins in TJ; I dont go to wholefoods; I go once in few weeks to wegmans and spent over an hour. That'd be pretty good juice but not enough lol
I don't know what i was looking for too... perhaps some magical station that does not affect my battery like supercharger and at the same time fast enough to make my time worth

I was living in Seattle last year and my company parking lot had chargers and there were pretty much at every parking lot. Guess DMV need to make some moves to go ahead soon
Wow you're a saint to leave your charger for public use. I don't know if I'd do that. Thanks for the offer.