Thanks to @zriver, @Dagger and @Mike Smith!

2017 Investor Roundtable:General Discussion
Short Q&A, only a few people got to ask questions (from a line of 20+), one question asked about the new solid state lithium cell announced by John Goodenough, for which JB seemed careful to avoid giving an opinion on one way or another (instead praising Goodenough for his original work on the lithium ion battery), but confirmed Tesla has been in contact with some of the startups working on the tech.

Difficult to say, but I got the feeling he wasn't convinced on the tech, however was still following developments.

I think his statement means that Tesla has them rated at a “Four” (at least) or a “Five”. I’ve always believed Tesla’s Battery Cell “moat” would be that they would be better and faster at scaling any new battery technology. We might see that play out, with about fifty competitors so far. I'm completely comfortable with our large bet on Tesla.

We track right now about 60 different efforts around the world to develop and improve batteries, and some of them hold some long-term promise, but we rate all of them from 1 to 5, where 5 is ‘we should be doing business with them,’ and 1 is complete B.S.”

“There’s no 5s,” unfortunately, or even any 4s at this point. There are some 3s, and a few that might rise from a 3 to a 4, at which point Tesla would be interested in preliminary discussions.

"Four means that we should be in preliminary discussions." (about 26 minutes)

Summary of Goodenough battery facts:
They have produced sample cells.

They claim that their new battery cells have at least three times as much volumetric energy density as today’s lithium-ion batteries.

UT plans to license the technology to many manufacturers, no exclusive license.

Goodenough estimates that it will take competent battery manufacturers about two to three years to develop a marketable product.

They have over 50 companies showing interest.

If news gets out this would Osborn TE sales. Luckily for our J19 LEAPS TE currently has no discernable relation to the SP.

This will definitely trigger competition. My opinion is that this will help insure the success of Tesla’s mission and might limit Tesla’s ultimate market share.

*Extremely Speculative*:
Could be connected to Elon statements about fast supercharging.

Lithium-Ion Battery Inventor Introduces New Technology for Fast-Charging, Noncombustible Batteries
AUSTIN, Texas — A team of engineers led by 94-year-old John Goodenough, professor in the Cockrell School of Engineering at The University of Texas at Austin and co-inventor of the lithium-ion battery, has developed the first all-solid-state battery cells that could lead to safer, faster-charging, longer-lasting rechargeable batteries for handheld mobile devices, electric cars and stationary energy storage.

Goodenough’s latest breakthrough, completed with Cockrell School senior research fellow Maria Helena Braga, is a low-cost all-solid-state battery that is noncombustible and has a long cycle life (battery life) with a high volumetric energy density and fast rates of charge and discharge.

The researchers demonstrated that their new battery cells have at least three times as much energy density as today’s lithium-ion batteries.

The UT Austin battery formulation also allows for a greater number of charging and discharging cycles, which equates to longer-lasting batteries, as well as a faster rate of recharge (minutes rather than hours).

Additionally, because the solid-glass electrolytes can operate, or have high conductivity, at -20 degrees Celsius, this type of battery in a car could perform well in subzero degree weather. This is the first all-solid-state battery cell that can operate under 60 degree Celsius.

The Slashdot Interview With Lithium-Ion Battery Inventor John B. Goodenough - Slashdot
JBG: At the present time, we do not envision any problems with scale up. Although we have demonstrated with coin cells and a jelly-roll cell how to make novel cathodes, we have not optimized the cathode capacity, voltage, and discharge/charge rates. The anode problem is solved, but battery manufacturers will need to work with Li or Na anodes, which means dry-room assembly.

How do you respond to critics of the new battery technology? When can we expect to see them hit the street?

JBG: We respond by demonstrating the concepts in individual coin cells. We do not do the development work. We believe that practical batteries can be marketed in about 3 years.

JBG: We have made zero-voltage symmetric cells Li/Li+-glass/Li that are still cycling after more than 2000 cycles at 3 mA/cm2. The key to the concept of a battery voltage that takes metallic lithium from the anode and plates it on the cathode is that a thin lithium (order of a micron thick) current collector is plated on a copper (or other) cathode lithium having a chemical potential over 3.5 V below that of metallic.

JBG: Energy density needs to be coupled to the charge/discharge cycle life; with the organic-liquid electrolytes now in use, batteries of high volumetric and/or specific energy density undergo a poor cycle life. The ability to plate a metallic-lithium anode dendrite-free from a solid electrolyte that is not reduced on contact with metallic lithium solves the safety problem, allows a long cycle life, and maximizes the energy density for a given cathode. However, the cathode strategies to optimize the density of stored energy in a full cell are yet to be determined for three different types of cathodes.

JBG: It will take competent battery manufacturers about two to three years to develop a marketable product. Once the technology is demonstrated by one, others will fall into line very rapidly.

JBG: The lithium battery will give 0.3 V higher discharge voltage than sodium, and sodium cathodes are less easy to design than lithium cathodes. However, we have demonstrated good sodium batteries; and people are working on recycling of lithium, which may reduce our vulnerability to finite lithium reserves. Lithium batteries will be marketed for a long time, but sodium batteries can be expected to enter the market within 5 years.

JBG: What has changed is the ability to plate dendrite-free lithium from a non-flammable solid electrolyte that has a cation conductivity nearly as high as that of the flammable liquid electrolyte of the lithium-ion battery.

JBG: 1) Our technology can provide competitive grid energy storage and 2) we plan to license the technology to many manufacturers; we want to avoid an exclusive license.

We keep hearing about breakthroughs in the battery technology world to the tune of several per year. After many years in this forum, the empirical observation is that such breakthroughs are forgotten after a few months, quietly buried, practically never having a measurable impact on our lives. Please explain why your latest claim about a battery breakthrough is not going to end up following that route.

JBG:We have done many tests with laboratory cells. Manufacturing a marketable battery cell will take about 2 years of development by a competent battery company, but we have over 50 companies showing interest to be able to perform tests of our results. I am optimistic that our tests will be verified and that product development will begin soon.

JBG:The present lithium-ion batteries have many drawbacks because they use a flammable liquid electrolyte that has a small window for a stable voltage range. We have a nonflammable solid electrolyte with a comparable cation conductivity and a large energy window to allow plating a lithium anode dendrite free; a lithium anode is still cycling after more than 2000 charge/discharge cycles and it is not oxidized by the cathode up to a 5 V discharge.

Since Goodenough's glass cell technology has been produced in a sample jelly roll cell, can we infer that the technology would be applicable to cylindrical cells like the 2170 format? 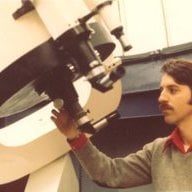 Since this chemistry is said to be quite safe, is there any large advantage to rolling it into 2170 vs other configurations?

Turing said:
Since Goodenough's glass cell technology has been produced in a sample jelly roll cell, can we infer that the technology would be applicable to cylindrical cells like the 2170 format?
Click to expand...

Yes we can. That is the reason I included that information.

Thumper said:
Since this chemistry is said to be quite safe, is there any large advantage to rolling it into 2170 vs other configurations?
Click to expand...

Because goodenaugh stated that they built multiple coin cells and one jelly roll cell it might be harder to make 2170's.

But making 2170's would be much easier for Tesla because they could reuse a major portion of their existing cell production lines, not to mention all of their pack building equipment and expertise, including the actual modules.

It just occurred to me that they could have built the jelly roll cell with Tesla in mind or at Tesla's request.
Reactions: zdriver

EV's Achilles heel: Cost, range, charge time. If (a big if) this battery lives up to it's potential, the ICE age is over. The transition would happen faster than most would believe possible. Tesla will have the first Gigafactory that can switch to the new chemistry. Others will have to spend $$$ to build their own. Tesla will have a several year Monopoly on long range medium cost EV's starting with Model 3.

There is no reason to believe given Elon's vision and the other manufacturers historical mind set that they will ever catch up to Tesla. Not gonna happen. Not even the Germans can do it. Tesla will always be 2 steps ahead. Just look at yesterday's 0-60 announcement as ongoing proof.