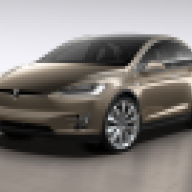 I was thinking about the proposed Supercar that Tesla has mentioned.

I see a huge opportunity here. I would like to list what I think some of Tesla's goals should be for the Supercar.

de704 said:
Price tag: $700k+ (To help Tesla succeed monetarily. Which is priced below the Rimac.)
Click to expand...

Well... I'm out. I think there's room for an insane version, but I don't think Tesla needs to charge that much honestly. A range of 150-300k across the model line would probably work.

de704 said:
I was thinking about the proposed Supercar that Tesla has mentioned....

I could never afford that either, but I'm thinking about the big picture. I think Tesla needs to, and can out preform any gas powered car on the planet. But it's going to cost the same as comparable gas cars. Why not? If there's folks who will buy those cars then why not a Super Tesla.

$150k is low that's a Roadster Sport not an electric equivalent of a Lamborghini, Ferrari or a Bugatti. I think they should make a world class Supercar.

The bottom line, IMHO is Tesla needs to survive. What better way than by making a Real Supercar and having the insanely rich fund the company.

It should at least be faster than Elon Musks old Mclaren
Last edited: Sep 28, 2012

I doubt it would fund the company at 30 units a year...

It should at least be faster than Elon Musks old Mclaren
Click to expand...

No doubt of that. One story has Elon testing the Model S and got out, pointed a a McLaren and said I want it to beat that. 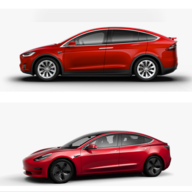 Trifecta: Solar and both cars are EVs

I think there could be a Halo car that is priced at $300k+ and a new roadster priced at $100k+. They can share styling cues and technology. The halo car just pushed a whole bunch further like the Rimac.

I guess they could create the Supercar & have a base price of $200k, a sport version of $270k and an insane version of $700k. I know nothing about super cars. I just realy think there some untapped money out there.

After all, if someone will by a Fisker then some one will buy a $700k Tesla Supercar.

I get the feeling that both of these won't be do-able unless the car has multiple gears. What do you think? If that was true, would it be worth it?

Electric motors shows off their best attributes at lower speeds where off the line torque rules.
Trying to do 270MPH would be tough because you need gobs of high end horsepower, not low end torque.
Besides, efficiency (MPGe) gets bad at high speeds due to wind resistance, so stored pack energy becomes a limit to long range driving.
(85kWh is still only like a few gallons of gasoline.)

Between even motor output, no shifting, and lots of low end torque I would vote for "quickest 0-60 car in the world."
They should do AWD and get 0-60 in ~2sec and take that crown.
Top speed? Still just 130MPH... 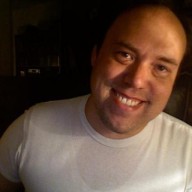 de704 said:
I was thinking about the proposed Supercar that Tesla has mentioned.

I see a huge opportunity here. I would like to list what I think some of Tesla's goals should be for the Supercar.

I don't think your top speed requirement can be met. Nor should it be.

I have no idea what Tesla's plans are but the fundamental choice they have to make is whether they have a transmission or not. Without one they can be the best 0-130mph car on the planet, but will never be able to do 170+. Or they can develop a transmission and get excellent high end performance at the cost of development $$'s and complexity/reliability.

Personally, my guess is that they will shoot for being the best 0-130mph car on the planet. The Model S is within spitting distance of that metric amongst sedans, and it should be easier to accomplish with a second generation Roadster.

My assumption is that they will base it on the Gen 3 drivetrain. If a base Gen 3 car is ~$30,000, I think its fair to assume that a top end performance version will cost ~$60-70k. With a smaller and lighter/sleeker body they might be able to cut an extra 500-600lbs from the car. Then they can make it AWD to enhance performance and handling.

I chatted with Tesla person who was/is in conversations with Elon. about this car. He is asking for his car to beat a Veyron. Of course his McClaren. Not concerned about top speed and compared it to Formula 1 car performance.

CapitalistOppressor said:
...With a smaller and lighter/sleeker body they might be able to cut an extra 500-600lbs from the car. Then they can make it AWD to enhance performance and handling.
...
The specs I'd like to see are 0-60 in 3.2 seconds, 0-130 in 11 seconds and a 1g skid pad. I figure it can retail for ~$90k. Oh, and it should have a range comparable to the Model S v1.0 and be compatible with SuperCharging...
Click to expand...

Sounds good to me, although it would be nice if the price were lower...

A lot of this is discussed here
Next gen Roadster
regarding the next gen Roadster. If the Supercar version is going to be a super version of this car, it will be amazing. I'm hoping that they make a Porsche 911 fighter on the low end maybe around 80k and crank it up to $200+ to take on Bugatti.

If all of the rumours we've been hearing about current Roadster upgrades come true, we'd, for all intents & purposes be supercar performance 0-60...

I'd think if we could get 0-60 under 2.5 seconds, with more work, they could reduce the time a few more ticks...as opposed to developing a whole new car to do this...

de704 said:
It should at least be faster than Elon Musks old Mclaren
Click to expand...

de704...I think that's a good base line for the Tesla supercar.
R

People make transmissions that can stand up to tons of torque. Ferrari comes to mind. I wonder if they'd make a 2 or 3 gear transmission for Tesla?

rcc said:
People make transmissions that can stand up to tons of torque. Ferrari comes to mind. I wonder if they'd make a 2 or 3 gear transmission for Tesla?
Click to expand...

IIRC it was not the torgue but the grinding. The motor woukd not slow quick enough to mesh gears. They went through 2 major transmission suppliers for a single speed shift. 5000 miles and the box would be toast.
R

Hmm. I can see that. I wonder if the solution is to use two motors instead? Each motor is optimized for a certain speed range and they disengage when the car is out of its power band. Expensive but so is a supercar.

Or if you take it a step further, each motor has a narrow power band and they take turns as the car goes up through the gears. That gives each motor more time to slow down under max acceleration.

I'm no auto engineer so this probably won't work but it's an approach that at first glance seems feasible given the relatively small size of an electric motor.
R

One thing to remember regarding the top speed issue is that an electric car needs less horsepower to go the same speed as an ICE.
That is because the EV can have much less wind drag, because it will need a lot less radiator area - and a lot less air pushing through the radiator.

Why Roadster not have supercar look?