Hi guys, I decided to install the powered frunk from Tesla Offer. Is there a coupon or group buy available at thos time?
T

Wait you can get a powered frunk? I havent heard of this
E

Actually, there are two versions. Hansshow and tesla offer. There are some differences. I decided to go for the later.
T

Ezmendriz said:
Actually, there are two versions. Hansshow and tesla offer. There are some differences. I decided to go for the later.
Click to expand...

I have been thinking about this (but don’t even have my car yet). What made you decide to go with Tesla offer?
Reactions: kashian
Z

Ezmendriz said:
Actually, there are two versions. Hansshow and tesla offer. There are some differences. I decided to go for the later.
Click to expand...

the differences are minor, Ive watched both install videos of the latest version. Im trying to find exact differences though because over all they look identical. Im also looking for a group buy, Hansshow has 20% off right now.
Reactions: Djblkthunda 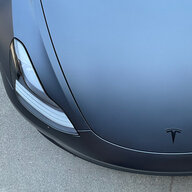 FrugalTeslaGuy and TeslaRaj on Youtube did a comparison of the ones from Tesla Offer and Hansshow. Frugal Tesla Guy actually has now recommended against the Hansshow version, has uninstalled it in his model 3, and instead installed the Tesla Offer one.

You can use frugalteslaguy or teslaraj as discount codes for 5% off, but I'd be interested in trying for a group buy for more of a discount. I read in another thread that they will give more off if we find 25 people or more for a group buy.
Reactions: Ezmendriz 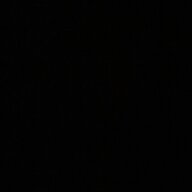 I’m waiting for a better discount too. If we get a group buy going, count me in.
Reactions: Djblkthunda and MapledLeif
E

Since there are other threads on this topic, we could "combine" efforts and we'd likely be closer to the 25 required. Any suggestions on getting everyone on the "same page?" 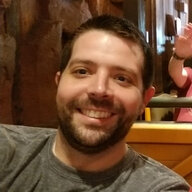 For kicks and giggles, I've reached out to them to see if another group buy would be something they'd be open to doing again. We'll see what they say.
Reactions: Slomo_65, MapledLeif and Zhe Wiz
Z

I believe Frugal Tesla Guy's beef with Hansshow was its waterproofing, which at the time was just a bag. I think his unit failed, which led him to replace it with Tesla Offer. I believe Hansshow has since revised their design to make the box waterproof by itself to match Tesla Offer's design.

That said, I feel drawn to the Tesla Offer one, but I don't want to pay $550 for it. FWIW, the coupon code 'frugalteslaguy' knocks off 5%

I'm in for a group buy.
Reactions: MapledLeif
F

kylowatt said:
For kicks and giggles, I've reached out to them to see if another group buy would be something they'd be open to doing again. We'll see what they say.
Click to expand...

I already did. They said no.

FastAttack said:
I already did. They said no.
Click to expand...

That sucks. I think the Tesla Offer design is the superior one. The R&D on it was shared with Amp Tech out of Germany (if I'm not mistaken). I'm going to try a slightly different route to see if I can get a bit of a discount. I'll report back.
F

Personally, I would only want this if they figure out a way to use a foot sensor with it. I asked the following question on the actual YouTube video on the "why don't we have a foot sensor on the power funk" video... perhaps some of my question can be answered here...

Post on YouTube video --->"How far away does the car sense the "phone as key"? Can't you make the frunk foot sensor module only active when the car is in park and have the foot sensor act as a car unlock module with a short time delay before actuating frunk opening? Am I missing something here?"

I purchased this last month (May) in anticipation of my Model Y but decided to not take delivery this month cuz new AP kinda glitchy and no passenger lumbar adjustment. Brand new in box sealed from the merchant. This is the newest version (Mark 4.0) as shown on their website. I would keep it but...

can you send me the code?
Z

The groupbuy is over and they said they wont be doing one any time soon. your best option currently is

Shout Out to TeslaOffer's Customer Support