Tesla ordered to pay $16K to each customer for batterygate

I got a ""remanufactured"" pack. I asked what the warranty was? Zero. Your 8 he warranty runs out next month.
That was Service center.
16k will not cover cost of battery packs. There is post on here, guy was charged 22k. Not how anyone arrived at 16k? I couldn't find it in Oslo newspaper.
I don't agree with remanufactured replacement. I'm trying to find Federal law that said OEM manufacturers had to retain OEM parts for ten years? Anyone know about this?
Reactions: TessP100D
M

Why do you disagree with a remanufactured replacement? That is very common in the automotive world. (For example people getting remanufactured engines, or transmissions, when theirs fails under warranty.) The Tesla warranty even makes it very clear that they can use new or remanufactured parts at their own discretion.


Lasttoy said:
I'm trying to find Federal law that said OEM manufacturers had to retain OEM parts for ten years? Anyone know about this?
Click to expand...

From my research there is no such law. The only related law I was able to find states that manufacturers have to have parts available to honor their warranties, if they don't then they have to replace the vehicle to make good on their warranty obligations. (So once you are out of warranty they have no obligation to make any parts, new or remanufactured, available to you.)

And even so, a battery pack remanufactured by Tesla is still an OEM part.
Reactions: aerodyne
E

Well, our settlement in the states didn't amount to anywhere near what they got.
J

rooter said:
Hang on a sec. This article says that recent software updates have restored Supercharging speed and pack capacity.

I'm gathering here that this is not the case?
Click to expand...

Definitely not the case for my S and X. Supercharging speeds are painfully slow in both vehicles. Almost to the point it’s not worth taking them on long road trips anymore. There has been no improvement with supercharging speeds with recent software.
Reactions: gmo43 and TessP100D

Evoforce said:
Well, our settlement in the states didn't amount to anywhere near what they got.
Click to expand...

They're not getting $16k. Not a chance.
Reactions: WhiteWi 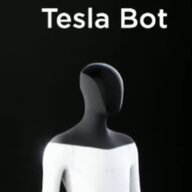 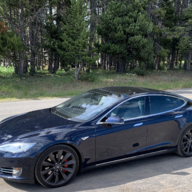 rooter said:
Hang on a sec. This article says that recent software updates have restored Supercharging speed and pack capacity.

I'm gathering here that this is not the case?
Click to expand...

My 2014 P85+ is showing 254 miles of range and was recently supercharged at 128KW. I only supercharge once a year on summer road trips so not when the change occurred. 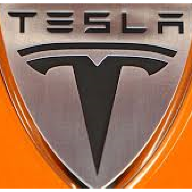 MP3Mike said:
The 1,743 US cars that were impacted. Tesla is supposed to provide a list of them to the administrator after the settlement is approved, which is likely to be in December.
Click to expand...

How did they determine on these 1,743 cars? I have 2015 70D. I did not get contacted by anyone regarding the law suite and compensation. During my entire ownership, I used SC for about 5 times. The one time that I needed to fill it up, the SC throttled my car charging at around 60% capacity, if I recall correctly.
However, I main complaint is on the range reduction. It started in late 2019 or so until recently. At 90% full, it dropped from 200-ish miles to 160-ish, a few miles off every few days/weeks or so. I brought it in for battery checks a few times, and every time I got the same answer from the SC guy: your battery is in good shape as expected. SC went on to give me lecture on how to take good cares of the battery to maintain the performance, blah blah. I spoke out in the Investment Forum a few times (I know it's out of topic of that forum), to the point I said I wish Tesla provides battery swap as Nio, so that I can swap out this damn defective pack. Also to the point I was looking to buy a new replacement pack, and also trade-in my car.
Recent software update restored most of the lost range, to acceptable range of about 195-196 miles at 90% charge.
As a strong Tesla fan and long time TSLA investor, I still hope governments post strong punishment/fine to any company that tries to deceive and be dishonest to its customers.
Reactions: DJRas, InternetDude, kavyboy and 1 other person
M

Fobble said:
How did they determine on these 1,743 cars? I have 2015 70D. I did not get contacted by anyone regarding the law suite and compensation.
Click to expand...

They probably determined them from their logs of the cars that had the voltage cap applied. Nobody has been contacted about the law suit, or compensation, yet because the settlement hasn't been approved by the court yet. (Scheduled to be reviewed in December.)
Reactions: Whiteblaze and WhiteWi