_tpt_ said:
Hey, not sure if you were the one who submitted similar feedback via the site. This is a multi-faceted problem.

First, Auto-Lock - Easy fix, and already in the code base. This will let the app prevent the screen from sleeping while in the foreground.

Second is how strict iOS is with performing work in the background. You're not allowed to continuously stream data in the background. You can occasionally grab junks and perform work on that data, but not a stream. So in this use case, in order to use the app at all, it has to be in the foreground. For the MVP I made the choice to close the sockets whenever the app is put into the background. Trying to keep the connection alive poses a couple other issues. But I fully plan to circle back around to this.

Third and least possible to address is iOS's odd behavior with disconnected wireless devices. Part of this particular problem is the OBDLink itself, part of it is the system. I have a lot of background with Bluetooth, Bluetooth LE and WiFi on iOS. And have seen this many times in all protocols. Funny part is BLE is usually the easiest to deal with.

So here's the scenario I think you saw. You were connected and streaming from the device. Backgrounded the app or slept the phone. Reopened the app and it's not streaming anymore and the connection list is blank. You go to Settings, Bluetooth and Settings says you're still connected. If this is what you're referring to, it's an issue with either the way I am disconnecting from the device using available system calls or more likely yet another oddity with iOS. Problem is when I make the system call to close the socket connection, this actually puts the connected device into a limbo state were it's not connected but the system thinks it is. Only way to solve this is cycle power on the OBD or disconnect/reconnect from iOS Settings. I'm hoping addressing issue 2 will help alleviate this from being as prevalent. But you'll still see it in cases where the OBD module sleeps.
Click to expand...

Thanks for the explanation. I did not post it on the feedback, only here. Is auto lock an option already? When I hit settings there are no options other than restore or something like that. Am I missing this or is it yet to come?
••• 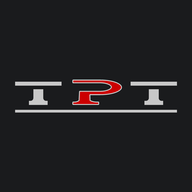 webbah said:
Looking forward to a Model 3 release to try this out! Would be awesome if you’d support the Carista OBD adapter. Already have this one for TM-Spy on iOS. And I’d be happy to test as an international user!
Click to expand...

Thanks, please DM me and I can get you setup with a TestFlight build.


random155 said:
Thanks for the explanation. I did not post it on the feedback, only here. Is auto lock an option already? When I hit settings there are no options other than restore or something like that. Am I missing this or is it yet to come?
Click to expand...

Sorry, my bad on the wording. I meant on my end that issue is fixed, just going to wrap up the localization and a couple other small bugs and push the build. Goal is to have this build in review this weekend. Since it's a minor change, shouldn't be too bad.
•••

Exiom said:
After a couple of drives, I have the following feedback and suggestions...

Hey Exiom, sorry, did not mean to miss your post. Issue 1, check. Issue 2, agreed, initially in testing the same values I was using for my other app worked fine. But then I was having the same issues you mention. I already had added a toggle, since I did the same in my other app. But agree the time sample and trigger values could use some tweaking. Issue 3 - please see previous discussion. I'm working on going a different route than I took to get the MVP version to the store.

Feature 1 & 2 - Roger that, and yes it does have a different intention. As discussed before, my goal isn't to compete with amund. Personally, I don't see the utility in logging ALL of the bus. I'd rather not reveal my roadmap at this point, but you'll be happy .
Last edited: Jan 18, 2020
••• 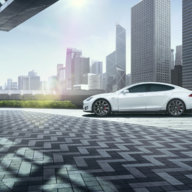 Also if you need help translating into chinese (traditional and/or simplified). Feel free to ask.
•••

Hey just a heads up, next version is in the App Store that should address most of the feedback so far. There is another quick fix currently in review to help with some disconnecting problems. Check out the main post for details. Looking forward to feedback.
•••

Wow, can't believe it's been a month already. Apologize for the long delay, work has been pretty hectic lately. Just wanted to update where I'm at right now. Stage 4 (drag) is mostly complete, just need to continue testing/verifying. Regarding Model 3 support, this has been the second reason for delay. I am able to decode the Model 3 bus at this point, but I do not have any test data to verify. So I went ahead and implemented a much later stage that gives full raw access to the CAN bus. Once I have that fully functional I'll be pushing a beta build soon for external testing. My hope is some of you beta testers can send me logs from your Model 3's so I can verify the other stages. Also if there are any more interested in beta testing shoot me a message.

Lastly, I asked the mods to move this thread to Driving Dynamics as I thought it was more appropriate for the target audience.
•••

Great news, version 1.10 is officially in the App Store. This has been a long time coming, and with everything going on, partly delayed. But very happy with the additions. Model 3 support is still in the works unfortunately. I don't have direct access to one, so I'm relying on beta testers to send logs. Everything is in place to turn it on, I just have a few more things to verify.

As before, I've updated the OP, but here's a rundown.

Why wouldnt you just make an Android version? more people are on that anyway... and easier to get to the platform
•••

rolling18 said:
Why wouldnt you just make an Android version? more people are on that anyway... and easier to get to the platform
Click to expand...

Are you saying this as an Android developer? Or end user?

Pretty simple answer from me, I'm not an Android user day to day. My Pixels and Razer phone are great, but the platform as a whole just doesn't hold much for me. Furthermore, some of the features I have planned aren't as performant on Android. Combine that with the huge array of devices (processing power) I would have to support, it just didn't make sense from a business standpoint.

I'll admit my Android chops aren't what they used to be and what I'm trying to do may be perfectly fine now. But it all goes back to time/money. This is a personal project, not a business venture and I've already invested much more on both fronts than I had planned. Lastly a cross platform project would absolutely not work for the level of performance and device access I need. So unfortunately not a use case for "write once, run anywhere".

As far as ease, I'm not sure what you're referring to. Both platforms require a review process for publication. I'm not into using private API's. And if we're talking development devices required, that metric falls largely to Apple. For basic apps it's not much of an issue, but as you dig into the lower level API's, you begin to need more of the physical devices you'll support. Pretty short list on Apple, not so much on Android. All depends on what the app does, but certainly not a clear cut case.
•••
R

That is a great description and NOW I totally understand why you went about it the way you are doing! thanks for the detailed response!
much of that I didnt know as I dont develop apps.

I guess I 'm just jeallous we android people wont/ don't have that App to use. or one similar at least that I could find.
I also LOVE that you used paragraphs!! such a luxury to read in modern online times!

Still, thanks for your continued efforts even if it is for "the dark side" I personally have a couple mack books so it's not like I/m anti-apple, I guess I just kind have a small worm in mine
•••

Thanks! My hope is someone takes that mantel and builds out something similar. For now you can still use TM-Spy and ScanMyTesla on Android. They don't offer graphing or video overlay yet, but they also do some things I don't. This was just my take on what would be useful from the CAN bus.
Last edited: Jun 17, 2020
•••
R

ok thanks! ill give those a shot and see whats what..
•••

Hi all, know it's been sometime since last update. Tbh, I took a month off. Quick update went out today to fix issues running on 2020.36. Am very very close to releasing the feature I've been aiming at since day one of undertaking this project. Has been a very long road getting to a functional version, but soon....
•••

If you've been wondering why it's been so quite...

I purchased this app for my model 3 and it isn’t seem to be reading the battery info? Anyway to fix it? Thanks
•••

A new CANBus Explorer for iOS