During the moning, while the batteries are charging it are using power from the grid instead of the solar array. Anyone have this issue?
•••
D

Hard to tell from those screenshots, but looking at my own 15 sec interval meter readings, it's obvious that the Powerwalls will do a little push and pull to/from the grid as consumption and solar generation fluctuates. Most of the time it'll do a short pull of ~20W and then compensate with a push. Below is a screenshot of what's happening right now. I've got clouds passing through which is causing larger spikes.

I see this as well, and would consider it normal variance of the PW trying to keep your home voltage perfectly in spec. If there is a Vdrop from solar or the wall, it will let in some grid to compensate. Keeps the energy flow cleanest.
••• 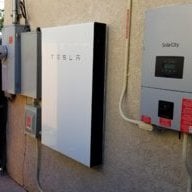 Yea this is normal. Every now and then it will pull 0.1kW according to the app. That's why on a day-to-day basis you generally see 0.1kW pulled from the grid, even if you never actually used the grid that day.
•••
M

The OP's slight continuous grid draw during morning solar production is a little strange. My system only shows 0.1kW to/from the grid as the system is adjusting the PowerWall charge/discharge current. Usually, the next update of the 4-circle diagram will correct itself.

On the other hand, if the CTs are not installed properly, it will make the system go haywire. In the chart below, someone came to work on my system and moved the solar CTs so that they were only measuring my SE facing array and the SW facing array was producing without being included in the Gateway's measurement. Therefore the home load was erroneously driven to zero and the SW portion of the solar was exported without the Powerwalls absorbing it. I moved the CTs (at about 1:15pm in the chart below) so that each one of the solar pair was around the wires for both solar circuits. Normal operation was restored. It started raining right after I fixed the problem, which is why the solar also dropped right after that. The system also changed to Self Powered with low reserve at 1:30pm, which reduced the PW charging to surplus solar. 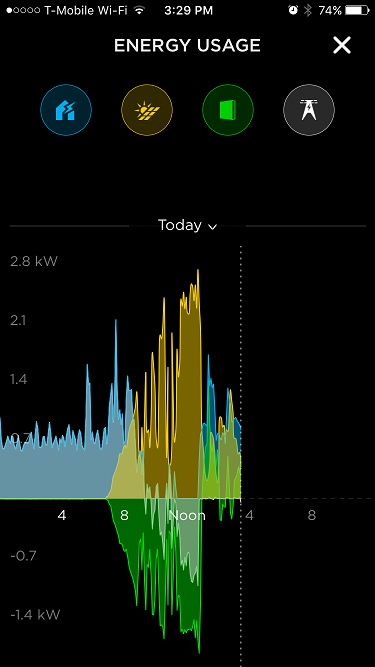 Does battery charging to get back to reserve level override not using grid power? Powerwalls can only charge from the solar, when used in a system with solar (tax credit requirement), so that could explain this behavior (along with charging at slightly less than peak solar output).
•••
I

Update, the installer came and ran the wizards option and reset the programming. Now the flow are the expected
Reactions: Ulmo and mongo
•••