Tesla Replacement For The Wrangler

The Wrangler's been dead since 2006 when the TJ model was decommissioned and the horrendous JK took over. There is certainly room for someone to sneak in and wedge Chrysler/Jeep out during the brief EV transition period. They seem to have no interest in electric other than to say a hybrid may be offered in the next few years, yet the Wrangler is a clear as day match for BEV technology.

The aforementioned TJ was the last model to sport the amazing yet highly inefficient 4L in-line 6 engine whose 16/19 mpg is now very much faux pas. Chrysler scrambles to meet efficiency standards, but ends up alienating their customer base with a Hummer/minivan hybrid. All the while the answer is right under their noses.

Within a few years, battery packs will be small/light enough for a Wrangler application.
A huge thin-film solar array could be incorporated allowing adventurers to stay "in the field" indefinitely. Repurposed military tech.
The application of infinite torque(with gearing?) to rock crawling would make Wranglers of the past look like VW Beetles.
Hell, you could even make them more submersible than the ICE version if you like.

Give it a 150 mile range with the ability to supercharge or solar charge in the field and you'd have a huge amount of demand. 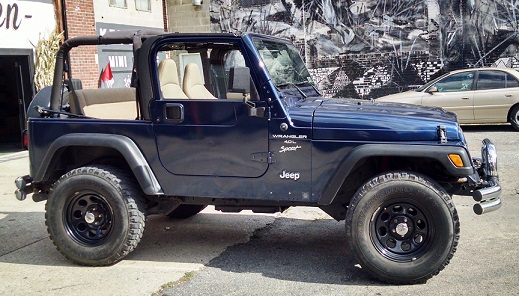 Gas is cheap for now and I don't commute in this, but I'd like my next one to be EV with integrated solar.
•••
E

A Telsa Wrangler would be my dream car. I would not want it fancy though, just a regular TJ with Tesla drivetrain.

Here is something close:

I'm trying to think of options for solar recharging.

Perhaps spooled ultra-thin-film in three sections along the passenger side? Above the rear wheel well, behind a rocker panel, and above the front wheel well in the fender. You pull out 20 feet of "panel" from each and stake them to the ground for slow recharging while you're at the beach or camping.

Certainly the bikini top will be all solar.
•••

A 707hp V8 Wrangler that would lose any hill challenge to a lifted Model X with 37's, custom shocks and 6 adults on board. Still not a peep from the off road world about anything electric that could be modded for 4 wheeling. What's the hold up?

Maybe it's time for Elon to take a stab as modding a Model X??? Anyone out there with an X reservation rich and crazy enough to think about this? I have to assume you'd dominate all the built Jeeps. 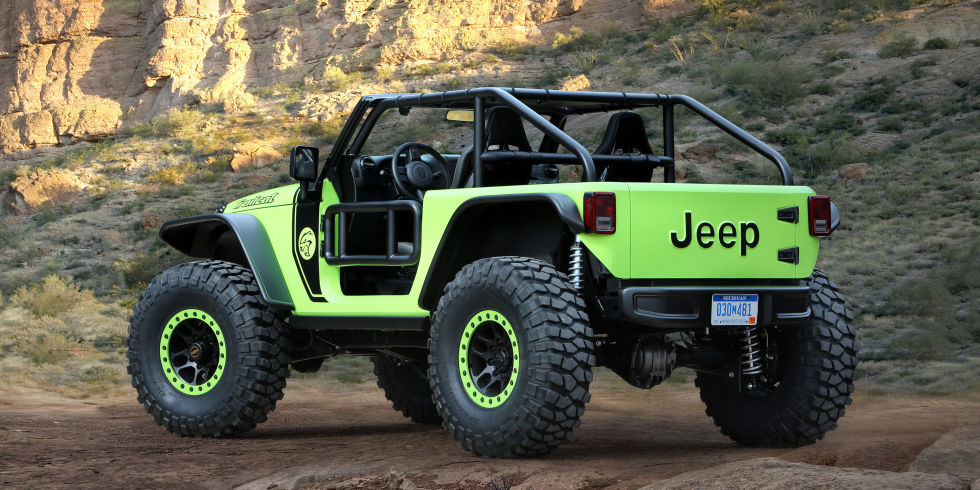 My comment on this to my friends earlier today was, "Cool Jeep, but it needs an electric motor with 1,000 ft-lbs of torque instead".
•••