SpaceX wants to begin connecting various moving vehicles to its Starlink satellite Internet network, which will bring high-speed internet access to consumers anywhere in the world. In addition to aircraft and ships, Starlink can be used in trucks such as the Tesla Semi and recreational vehicles (RVs).

SpaceX wants to start connecting large vehicles to its Starlink satellite internet network, according to a request the company has filed with the FCC. “This application would serve the public interest by authorizing a new class of ground-based components for SpaceX's satellite system that will expand the range of broadband capabilities available to moving vehicles throughout the United States and to moving vessels and aircraft worldwide,” wrote SpaceX director of satellite policy David Goldman.

The ability to have an internet connection while on the move is a driving force behind the expansion of mobile internet services, as people on the move also need internet access. In addition to pilots and passengers of aircrafts and ships, this category of users may include truck drivers and owners of recreational vehicles, who could have access to the internet regardless of where they are.

While Tesla CEO Elon Musk made it clear that Starlink will not fit in Tesla cars due to the terminal being too large, he confirmed that it can be easily installed in aircraft, ships, large trucks, and recreational vehicles.

Hence, this means that Tesla Semi is an ideal candidate to install a Starlink terminal and provide internet access to drivers. It is likely that this could become an additional feature in trucks, and provide uninterrupted internet access to improve the quality of transportation and optimize logistics, which will make Tesla Semi even more valuable and desirable for owners. The ability to install a terminal in RVs is also an excellent idea. Thus, while traveling and relaxing in RVs, users will be able to have constant access to the internet. 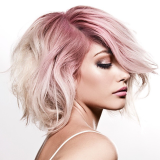 I'm a big fan of Tesla, as I worry about the future for my child and for future generations. Tesla's mission is to accelerate the world's transition to sustainable energy and I'm passionately striving for this goal. I’m tired of the daily deception from Tesla’s haters against the company, so I strive to spread true information and the latest news about Tesla.
•••