Tesla Service Centres - Is this normal?

I've witnessed a customer Model S being driven into and over a high kerb by one of the techs. Didn't hit the bodywork but the kerb is not one you would want to have driven up over.

I happened to be talking to one of the front of house people about my car at the same time, and she and I both clocked it and she looked quite sheepish about it when I gave her a look to say "did that just happen?"

By contrast the mobile tech has been absolutely brilliant on both occasions he's been out.
S

Oh it wasn't just carpets the trims the seats I started finding little marks everywhere when I got home.

Might leave some clean shoes for them on drivers seat

Sugei said:
Oh it wasn't just carpets the trims the seats I started finding little marks everywhere when I got home.

I nearly bought some disposable seat covers, but hesitated because I didn’t want to cause offence (how silly does that sound). In the end I asked the front of house lady whether their techs used seat covers, and impressing on her how I don’t even wear jeans anymore on the white seats, and she reassured me that they always use covers when moving cars...

.. as she said that the tech got into my car and drove it in the garage area. No seat cover in sight.
A

I think it's fair to say that the "experience" seems to vary massively between different service centres as well as individuals; I guess it's to be expected with any fast growing company (even if it isn't acceptable when dealing with a product that costs so much) but hopefully over time they'll work it out eventually.

I've only had one experience of having to deal with the service centre (Edinburgh) other than at collection and I can't fault them. Reported issues in the app (front left fog light blanking plate wasn't attached properly, back of passenger seat plastic chipped/scratched and random plastic thing off frunk hinge cover fell off) - got an appointment within 7 days. Received a text message 2 days before reminding me of the appointment and asking if I would require a courtesy car... took the car over for 10am appointment, dropped it off without any hassle, they took me to the courtesy car - gave me a bunch of cleaning wipes "incase I didn't trust they had cleaned it properly" and said they'd message me around lunch time with an update.

Only small complaint I could have is that they didn't message me at what I would consider lunch time, but I got a text message at 2pm saying car was ready for collection. Got there an hour or so later, car was plugged in and fully charged, all fixed no issues.
K

Sugei said:
Oh it wasn't just carpets the trims the seats I started finding little marks everywhere when I got home.

My god this is giving me anxiety
S

kloutman said:
What's everyone's repair experiences been like? I.e. once they actually book you in, do the problems all get fixed when you pick it up?

Another question.. how long is everyone waiting? We got an estimate of 7 days through the app, with a date and time for pickup. Texted to confirm and they said 'don't trust the app, we'll text you once it's done' without giving an estimate of when it'll actually be done.
Click to expand...

Picked the car up on the 24/09 and booked a service appointment through the app a day later for a really bad crease in the leather. There are also some smaller ones that I may not have bothered with, but I reported these as well whilst it was going in.

The appointment was for about 4 weeks after delivery, presumably because of everybody’s else’s faults needing fixing as well as it was month end. The appointment was cancelled just before I was due to go as they needed to order parts. After well over a month and not hearing anything other than automated emails saying it’s delayed and it normally takes about a week to get parts, I made an enquiry as to when the parts are expected as they must have an eta for them by now,

After a week or two I received a reply saying the parts were in. I booked an appointment for the 11th December. I could have got one earlier, but only by a few days. I asked about a courtesy car, but they refused as the job was only scheduled for 2 1/2 to 3 hours. I wasn’t happy with this due to Stockport being in Tier 3 and I couldn’t really nip out for lunch or do something else nearby. I live 30 miles away from the SC.

I turned up on the 11th and asked if they could also look at a wind noise issue on one side, they said they could.

I got the car back and all the faults were still there. I don’t think they looked at the noise, although they only used 1 1/2 hours of a 3 hour appointment.

Nobody could tell me what they did, what parts had been ordered and what parts are now on order. After a few weeks the app produced some kind of invoice with no details on it about the parts and what they had or hadn’t done.

It’s now 4 weeks since I was last there and apart from something about the invoice being eventually done weeks after the appointment saying I’ll get a survey, there has been zero communication, not even the survey.

I’ll be contacting them again on Monday if I’ve not heard anything as it will be a month since I was last there. They said I could have a car on my next visit, but we’ll see what happens.

The faults do not affect the car, but here I am 3 1/2 months later with the seats still the same and no sign of a date for the repair. 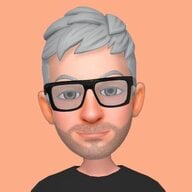 I woke up this morning and car was not charged! Went to car and found the screen was blank! Pressed both scroll wheels and foot brake for 10 seconds. Nothing (07:05)! Whilst having breakfast got a message that I had left the drivers door open (07:15). Went back to car and screen is working. Made a service request in the app just in case it happens again.
Got a call from Tesla at 08:30 asking me about the car and the Tesla Wall Connector. She said they will check the car remotely and keep a service center appointment open just in case it happens again.
Well impressed with that service
Anyone had this problem??
L

I have another sc appointment coming up this week or them to look at the issues that were done badly last time. I am also talking my brother who owns a car bodyshop with me for some backup. I’ll let you know how it goes
K

I'll just update this to say, got back car from London PR centre. After reading some horror stories here we were pretty worried. They pushed back the finish date 4 times but eventually returned car after 2-3 weeks. They seem to have done a good job - fixed the interior trim and also the paint chips.