Hi All,
I am getting a 11.22 kWh system with 34 SC330 and SolarEdge 10000H inverter (Not going with Powerwall as the utility wants to add a new transformer to support the load and the added expense is not worth it). Tesla is currently installing my system with some work done on Friday, they will be mounting the panels and completing the installation tomorrow. I have a few questions and would like to get your inputs.

1. I would like to see my individual panel performance, is this available from Tesla app or only through SolarEdge portal if so so Ido need to get any information for installation team to get access to SolarEdge portal?

2. I see Tesla is installing Neurio power blaster for power monitoring but I see the device they are installing only supports 2 ct's is this to monitor energy consumption by the house, if so the generation information on the Tesla app is provided by the inverter?

4. What other things I need to check/takecare of during the installation.
••• 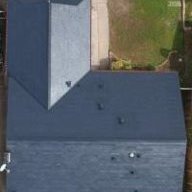 Doesn't make sense to me that they'd blame the Powerwall for a new transformer, it never draws from or outputs to the grid when paired with a solar system (except for Storm Watch mode I guess, which is easy to turn off), so seems like either somebody misunderstood or is just making excuses. I guess your solar system could theoretically output its full 10 kW (not kWh) to the grid with a Powerwall attached, where without it your household consumption would lower that number without a PW, but presumably your house might draw more than 10 kW, so hopefully the transformer can already handle at least that much for your house.

1. Provided each panel has an optimizer associated with it, the SolarEdge inverter should have access to per-panel data. That never shows in the Tesla app, but presumably you would be able to get it from SE's portal. I don't know how that works, my inverters are Deltas (wouldn't make sense for my system anyway since I don't have discrete panels).

2. Is the system owned or rented (or are there still other options)? Not sure why they'd install a Neurio for an owned system, I thought they'd normally only monitor solar production, not household consumption. When you have a Powerwall the Tesla Energy Gateway that comes with it has a Neurio inside it, and needs to measure household consumption to handle charge/discharge of the Powerwall.

3. I assume the "Gateway" you're referring to is the small black box that goes inside the house (I think they call this a Home Gateway, not to be confused with the Powerwall's Gateway or Tesla Energy Gateway [TEG]). The Home Gateway does not have cellular (or WiFi, AFAIK), it speaks ZigBee to the solar inverter and uploads the data to ethernet (though I think SolarEdge might have their own solution for this, not sure). The TEG has a cellular connection and also supports WiFi, since it often goes exterior to the house or in garage spaces where wired ethernet may not be convenient.
•••
R

When Tesla submitted the spec to Nationalgrid with 11.22kW DC and 2 powerwalls they totaled the system as 20kW AC and thats when Nationalgrid asked for infrastructure upgrade and proposed a new transformer and the timeframe quotes was like 6+ months so I didnt went with that suggestion and also due to added cost of course.
Didnt make sense to me as well, but I left it to the experts at Tesla and Nationalgird
•••