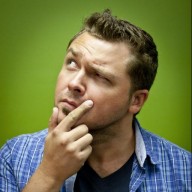 If the allegations are correct I can totally see why Tesla would do this.


The lawsuit filed Thursday in Santa Clara Superior Court alleges that Sterling Anderson, a program manager with the automaker's Autopilot team, violated his contract by attempting to recruit at least a dozen Tesla engineers, taking confidential and proprietary information, and doctoring and destroying evidence to "cover his tracks—all for the benefit of a competing venture he launched while still a Tesla employee."

Anderson, who managed parts of the Autopilot team, was terminated January 4, according to court documents.

“Tesla’s meritless lawsuit reveals both a startling paranoia and an unhealthy fear of competition," according to a statement sent to Fortune from Aurora Innovation LLC. "This abuse of the legal system is a malicious attempt to stifle a competitor and destroy personal reputations. Aurora looks forward to disproving these false allegations in court and to building a successful self-driving business.”​

A
Tesla please fix this - Autopilot

Why Isn't Tesla Using their new Driver Monitoring System (DMS) to Improve Safety when NOT in Autopilot?