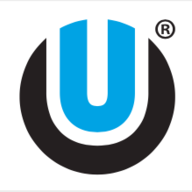 We here at Unplugged Performance would like to take a moment to share a project we recently had the honor of participating in. As some may be aware, Tesla currently implements a Veterans Program in an effort to hire and support US military service members.


Tesla’s Director of Communications Camille Ricketts has been quoted as saying "Hiring veterans is very complementary to Tesla’s other mission to move the world toward energy security and independence” and that "Veterans are the perfect fit for Tesla because many of them gained incredibly advanced technical, electrical and mechanical skills in the service that are directly applicable to manufacturing electric vehicles.”


As a thank you to the men and women of our armed services and to commemorate Memorial Day Tesla has traditionally rolled out a military inspired vehicle. 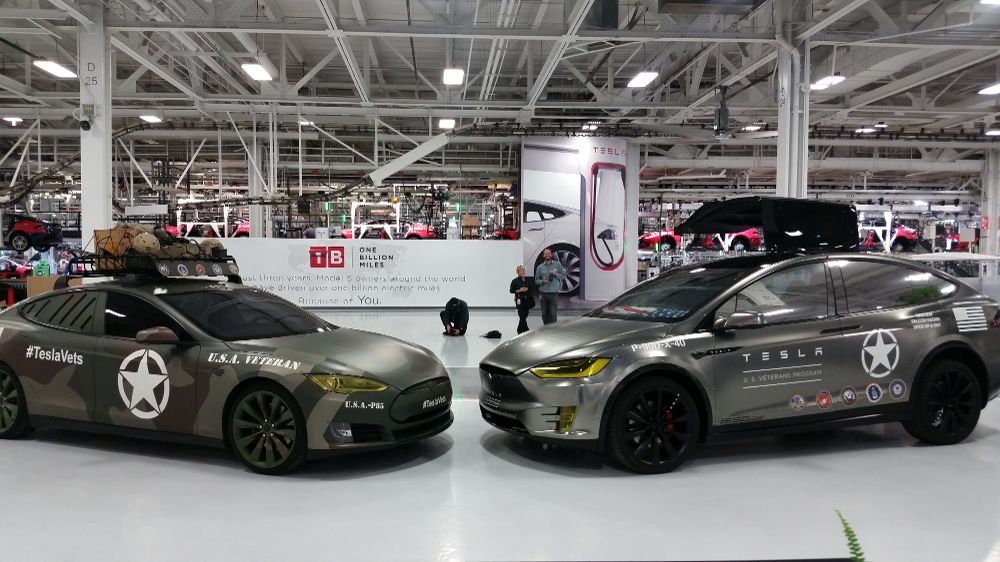 This year was no different for Tesla but very different for us. This year we were approached by Tesla to participate in a refresh and relaunch of their Model S #TeslaVets project. We were, of course, honored and thrilled to contribute to the project. Tesla has always used the same early production Model S for the project and in the past they have changed the appearance by switching the military themed vinyl wrap. This year, Tesla opted for a major revamp and an updated look. Wanting to keep the same vehicle but to modernize and upgrade the look, Tesla utilized the Unplugged Performance Refresh Front Fascia. The Veterans car was then wrapped by SS Customs in an updated digital camo/stars and stripes vinyl wrap. 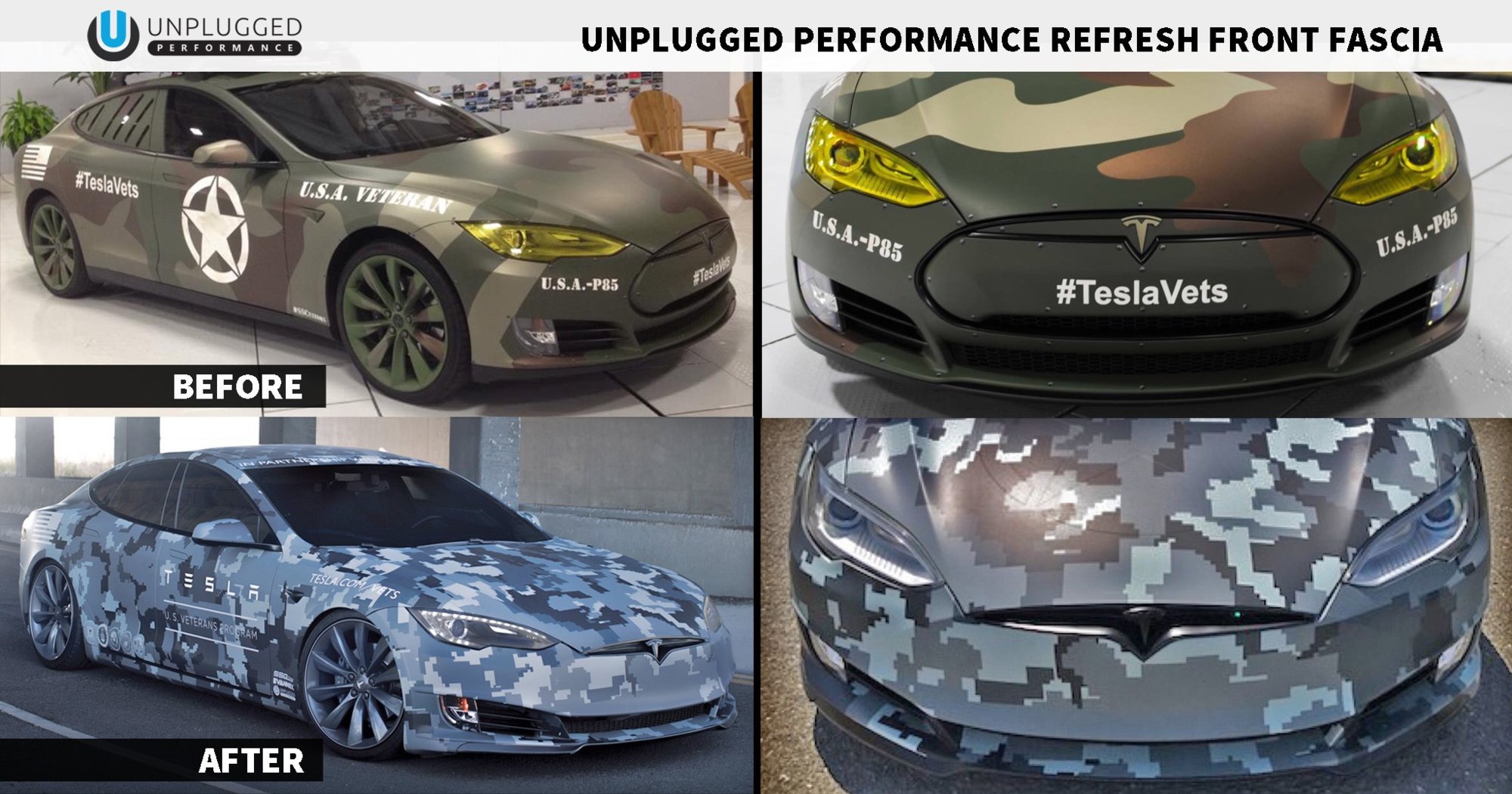 We here at UP are thrilled with the results and are very grateful to have participated in a fun project for a great cause.

More info about the Tesla Veterans Program and Model S can be found at:

Thank you, too bad there are no positions available in North Carolina!
Reactions: UnpluggedP
•••