The BMS, Range and Degradation

Does anyone believe Tesla deliberately prevent the ability for the car to accurately capture true range and degradation? If feels like it wouldn’t be too complex for a charging related routine to be created where the car can begin to correlate range with true miles driven and then exclude non distance related usage. Or would be it be in Tesla’s interests to continue with this vague estimate of range in order to not alarm owners when experiencing any sharp hits in degradation?
•••

Owners do more than enough of their own alarmist & specious degradation calculations for Tesla to have any bearing on.

You don't have to look far to find someone with a months old car looking pensively at their TeslaFi graphs and comparing their car against "the fleet data", wringing their hands about what exact percentage they should charge their car up to, etc.

Meanwhile there's thousands of Tesla owners who just drive their cars, charge them when they need to, and actually deal with any realised problem of battery degradation if it ever happens.
Reactions: CDN-Build
•••
N

Range in miles can only be a vague guess, it’s obvious really as it doesn’t know what you’re going to do with the electricity it has stored. The only accurate gauge is % and/or a record of the kWh you put in.

I switched it from miles to % before I left the delivery centre on collection day
Reactions: Godsense, Cloggie, Doose and 2 others
•••
G

The car energy screen shows you a predicted range based on whatever past mileage you set (from memory something like 5, 15 and 30 miles). The problem with any approach to calculate the range is simply the variability of consumption depending on a bunch of factors and future diving may not follow a similar pattern to historic driving. I guess you could take a weighted last 30 day average, dial in some ambient temperature stuff, and assume that's the way forward but it would still be wrong, just less wrong than now. That said, other manufacturers seem to do it and owners accept it is what it is and even make it a sport to try and increase the predicted range,

The only way you can see degradation or a BMS drifting out of calibration is to show miles as miles is a direct proxy for stored energy. % is just a fraction of "something" with the "something" able to change. Google batterygate to see what happened to 85 battery owners went through.
Reactions: Durzel
•••

When I had an i3, the range it would give me would vary based on both the conditions (temperature), as Teslas do, but also my previous driving. As a consequence it was never particularly accurate, and the "miles remaining" would stay still or even go up as I was driving along, or go down dramatically if I started pressing on or using satnav, etc.

TeslaMate tells me my estimated range is ~40 miles less than the rated range, at the current charge level. If I was one of those people panicking about degradation I'd be inclined to worry, but ultimately it's got a 8 year warranty, so if it actually becomes an issue I can feel and easily prove then I can speak to Tesla about it as and when it needs attention.
Reactions: CDN-Build
••• 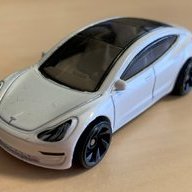 In the days of ICE I never fixated on trying to work out how many horsepower my car lost over it's time with me. I've no doubt it did but I didn't care enough to work it out, same for the battery on my car. Life's too short, why bother?
Reactions: Durzel, Rustybkts and CDN-Build
••• 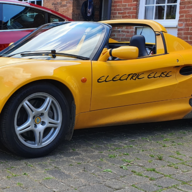 LEE3 said:
Does anyone believe Tesla deliberately prevent the ability for the car to accurately capture true range and degradation? If feels like it wouldn’t be too complex for a charging related routine to be created where the car can begin to correlate range with true miles driven and then exclude non distance related usage. Or would be it be in Tesla’s interests to continue with this vague estimate of range in order to not alarm owners when experiencing any sharp hits in degradation?
Click to expand...

It is extremely difficult to measure energy going in and out of the battery in any given moment and the BMS is doing a superb job of being pretty accurate down to the last mile or so.
As far a degredation is concerned, just drive the car.
Reactions: CDN-Build and Durzel
•••
M

The only way of estimating how much charge is in a battery is by measuring the voltage. Lithium Ion batteries have a very flat charge/voltage curve and so it is very difficult to estimate remaining charge. This is why the BMS needs to occasionally be exposed to very low and very high states of charge in order to calibrate.

Also voltage is affected by a whole range of factors such as temperature so at best state of charge is a very vague guestimate.
•••
C

LEE3 said:
Does anyone believe Tesla deliberately prevent the ability for the car to accurately capture true range and degradation? If feels like it wouldn’t be too complex for a charging related routine to be created where the car can begin to correlate range with true miles driven and then exclude non distance related usage. Or would be it be in Tesla’s interests to continue with this vague estimate of range in order to not alarm owners when experiencing any sharp hits in degradation?
Click to expand...

I think if you want to nerd out, and track your exact battery degradation, you can. Many videos on it, that illustrate how to do that properly.
Also, there is nothing wrong with that, since nerding out is a given right, and fun to boot.
The state of charge only gives you a reasonable idea of your range, and how your battery degradation is coming along. Your actual range could be much better. Lots of videos on why that is also.

That being said, I personally don’t believe Tesla deliberately hinders the ability to capture range and degradation of the battery.
Range is variable based on temp, driving speed, and road conditions, just to name a few of many variables. The car won’t know most variables until they are happening, like speed and climate control for example. I think the tools and displays in the car, do a great job at determining range, if you use them.
I think most people want an on going exact readout for degradation, but again, that’s not seemingly possible, because there are too many variables.

My BMW never had a readout on the dash that told me how much more life my engine or transmission had. Nor did it tell me, how healthy my engine was compared to new.
If you look into the videos out there on degradation (Bjorn’s videos come to mind), and dig into the software already in your car, I think you have way more tools on hand to determine degradation of your battery, than ICE cars have for the engine and transmission have today.
No one digs into ICE degradation, because most people know you get about 10 years out of them, and then they either die, or you have to pay too much to fix and maintain them at that point.
Tesla has a warranty on their batteries. They give an expected range and life for them, which is comparable or better than ICE cars.

As many suggest, I would switch your range from miles to percent and just enjoy the car.
Or
Nerd out, and track and measure it regularly. All good as well.

As long as you don’t freak out with every % your battery degrades. That’s just undue stress, for something that is inevitable.
How much each battery degrades depends more on how often you fast charge (supercharging a lot), fast discharge (0-60 or high speeds a lot), charge to 100% and leave it there, and how often you discharge below 20%, more than it does on the chance of getting a faulty battery.
Same applies to ICE cars right. ..
The life of your engine and transmission has more to do with how much you beat it up, and maintain it, then it does getting a faulty engine or transmission.
Reactions: Rustybkts
•••

A
The usual Battery Degradation Topic