Elon Musk tweeted today that The Boring Company will present new plans for its work in Los Angeles during an information session to be livestreamed Thursday at 7 p.m. PT.

The announcement follows word from Musk last week that the the Boring Company’s tunnel under Los Angeles is “almost done” and pending regulatory approval will be offering free rides in “a few months.” The 2-mile tunnel was proposed to originate in Hawthorne and extend to the Los Angeles International Airport.


https://twitter.com/i/web/status/996692386385293312
The Los Angeles tunnel is considered proof-of-concept for a more elaborate underground transportation system that would carry people and cargo at high speeds. The company has plans to dig tunnels connecting Washington DC to New York and LA to San Francisco. The company has said that the East Coast route will take just 29 minutes.

Musk’s tweet about the presentation followed another about SpaceX’s plans to use its rockets to transport passengers anywhere on earth in 30 minutes. Hyperloop technology inside Boring Company tunnels would carry passengers to spaceports, he said.

An April regulatory filing showed that The Boring Company raised $113 million in fresh capital. The company told Bloomberg that roughly $100 million of the total amount came from Musk and the rest from early employees. No no venture capitalists or outside investors participated.

Anyone have a link to the 7:00 pm announcement? I can’t seem to find it on livestream.
••• 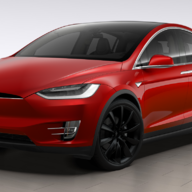 Lloyd said:
Anyone have a link to the 7:00 pm announcement? I can’t seem to find it on livestream.
Click to expand...