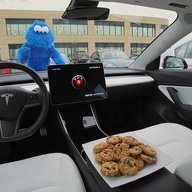 President Joe Biden’s plan to green the economy by 2035 will require cooperation from America’s largest trading partner, which controls a vast share of the minerals used in electric batteries, the cheap materials that make up solar panels and the guts of wind turbines.

China has locked up resources even beyond its borders, buying mining rights in Africa and South America and solar manufacturers in Malaysia. Subsidies and social incentives — including free parking and other privileges for electric vehicle owners — have made it the world’s largest EV market. And while the U.S. fracking boom played out, China was investing in solar.

“China has really put a clear flag in the ground that clean energy is going to be their version of natural gas,” Miranda Ballentine, CEO of the Renewable Energy Buyers Alliance, said in an interview.

“Solar panels are the next crude oil, and allowing China to dominate solar manufacturing is the equivalent of establishing an electro-state on the lines of OPEC,” said Samantha Sloan, a vice president with First Solar, a U.S.-based manufacturer with limited exposure to China. “It's time that conversations about solar go beyond just cost, because the real cost of buying solar from Chinese companies may include needing to look the other way on social and environmental issues.”

Biden has moved quickly to harden the U.S. line on China's human rights abuses and trade and technology policy, in part by seeking to mount a pressure campaign with other world leaders. Chinese leader Xi Jinping has been equally aggressive, warning that any attempt to freeze China out of global networks risks igniting a cold war.

But Xi on Monday also offered an olive branch on climate policy, calling for multilateral cooperation during a speech at the World Economic Forum.

“When the interests of the entire humanity are at stake, China must step forward, take action and get the job done,” Xi said.

The U.S. solar industry has an uncomfortable dependency on China and is linked to forced labor in the Xinjiang region. To boost U.S. production, it wants Biden to leverage new tax credits and federal purchasing power. The unions that helped Biden win election want these benefits, too, but with labor standards attached.

“We want a diverse solar supply chain,” said John Smirnow, general counsel of the Solar Energy Industries Association. “One solution would be to grow different aspects of the supply chain here in the United States.” 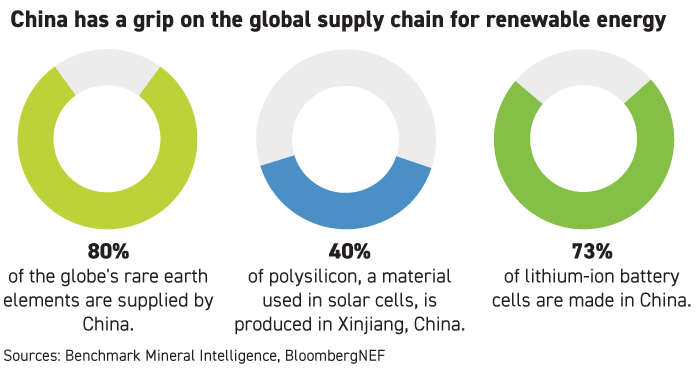 But in a hypercompetitive global economy, the U.S. can’t go it alone on renewable energy without a big, expensive industrial plan to bring solar, wind and battery manufacturing home. Or Biden can look to politically risky technologies to meet his 2035 clean power goals, including nuclear energy carbon capture.

“There are trade-offs on all this,” said Tom Duesterberg, a senior fellow at the Hudson Institute and a former Commerce Department assistant secretary under President George H.W. Bush. “It will cost us more than the Chinese to produce solar cells. We could agree to pay that price, but it will be more expensive and take a long time. If tensions get bad with China, they’ve proven in the past that they are willing to cut off supplies.”

Easier said than done. The Biden administration on Monday brought the purchasing power of the federal government and the military to bear, ordering agencies to boost their use of domestically sourced goods and materials. The order also calls for replacing the federal fleet with electric vehicles.

It’s something, but buy-American policies haven’t been manufacturing game changers in the past.

“Ultimately, bringing manufacturing back to the U.S. would require a rethink of economic policy,” said Martijn Rasser, a senior fellow at the bipartisan Center for a New American Security. “It’s difficult to do in a free-market approach, and I question whether there’s appetite on Capitol Hill.”

In the meantime : SEIA is building a way to track its supply chain. By the end of June, most products the U.S. imports will be free of components from Xinjiang, Smirnow said.
•••