This Week Tesla and Companies

Everyday's a holiday if you love what you do. Like my Grandma once said to me though, "Wait til the love wears off." Reality checked.

Tesla is deep in production hell of much anticipated Model 3. Upwards of 450,000 anxiously patient customers are in the order queue. Meanwhile the pressure escalates for workers from top down to exceed expectations. Solve problems and fast. Be mission focused. Hundreds were let go this week but percentage wise the actual number only accounts for a fraction of approximately 33,000 persons employed by the electric car company.

It is also not out of the norm for company wide personnel tweaking post performance reviews. Although some staff affected by the layoff indicated it came without warning. Tesla has to make tough choices to meet production goals as well as maintain cash on hand which keeps the assembly lines running. Those presses primed. Nuts bolts and miscellaneous widgets which go into the manufacturing process in stock. Can be a challenge to manage but Tesla balances the equation by cutting cost where it can help the most while minimizing losses. Taking into account any accumulated and potential future setbacks or necessary slowdowns in production.

Meanwhile the company continues to inspire green innovation. ReGen Villages, is building the “Tesla of ecovillages.”
Sustainable housing on fleek. Integration of renewable practices, as I like to say, development of a day-to-day conservation and preservation routine. From food, water, energy, and waste management to creating all necessities of life these eco-friendly communities are independent of the system being self sustaining. More than just a flattering reference to the EV maker. A nod of acknowledgement that Tesla brand represents environmental responsibility. Pretty cool. Especially considering when multiplanetary existence becomes reality.

An additional note on flawless landings. Considering when launch and landings will involve vehicles carrying payloads that include human cargo, risk factor has got to be tight and tidy. Whether future vehicles including the BFR utilize landing legs or an automated docking mechanism flawless landings in a zero risk scenario simply means sticking it with everything upright and still intact.


Here's the long and short. Anything good is bound for hiccups along the way. All things destined great are guaranteed ferocious resistance just before crossing over into the Promised Land. It is a mathematical certainty Tesla will emerge a distinctive industry leader in electric vehicle manufacturing. The company and its founders, continuing to elevate high tech product developments which will have a tremendous influence on modern life.

SpaceX forges ahead with ensuring we explore what's out there. At the same time using some of that sophisticated tech for everyday earthly things. Like travel home improvement and medical research. We exist in very phenomenal times. What we do with this existence is entirely up to us in the choices we make. Independently and collectively.

Best for last. Elon did an AMA on reddit Saturday afternoon. I might've verbally conjured it up. Here's proof. Awesome answers to some of the over 10,000 questions (including my 101ish enquiry about landing design meets zero risk ratio) and comments fielded to him. One participant was a little frustrated by the liberal use of acronyms and very technical engineering lingo. As I subliminally sent soothing meditative energy their way someone kindly posted a cheat sheet. THANKS! I love STEM folks. Always willing to teach. Of course Elon couldn't get to all our questions (spiked water well must've run dry but it was two hours out of my Saturday well spent in the digiverse. Here's my favorite Musk response to a question about scaling up of the Raptor prototype. Replete with spontaneous giggle.

"ElonMusk
Elon Musk (Official)
Thrust scaling is the easy part. Very simple to scale the dev Raptor to 170 tons. The flight engine design is much lighter and tighter, and is extremely focused on reliability. The objective is to meet or exceed passenger airline levels of safety. If our engine is even close to a jet engine in reliability, has a flak shield to protect against a rapid unscheduled disassembly and we have more engines than the typical two of most airliners, then exceeding airline safety should be possible.
That will be especially important for point to point journeys on Earth. The advantage of getting somewhere in 30 mins by rocket instead of 15 hours by plane will be negatively affected if "but also, you might die" is on the ticket."

Gotta love a guy with a sense of humor. Yeah. I'd rather not die a most unhappy death. Not until I've gotten a peep at what's out there...space...the constellations up close and personal like. One way or another. 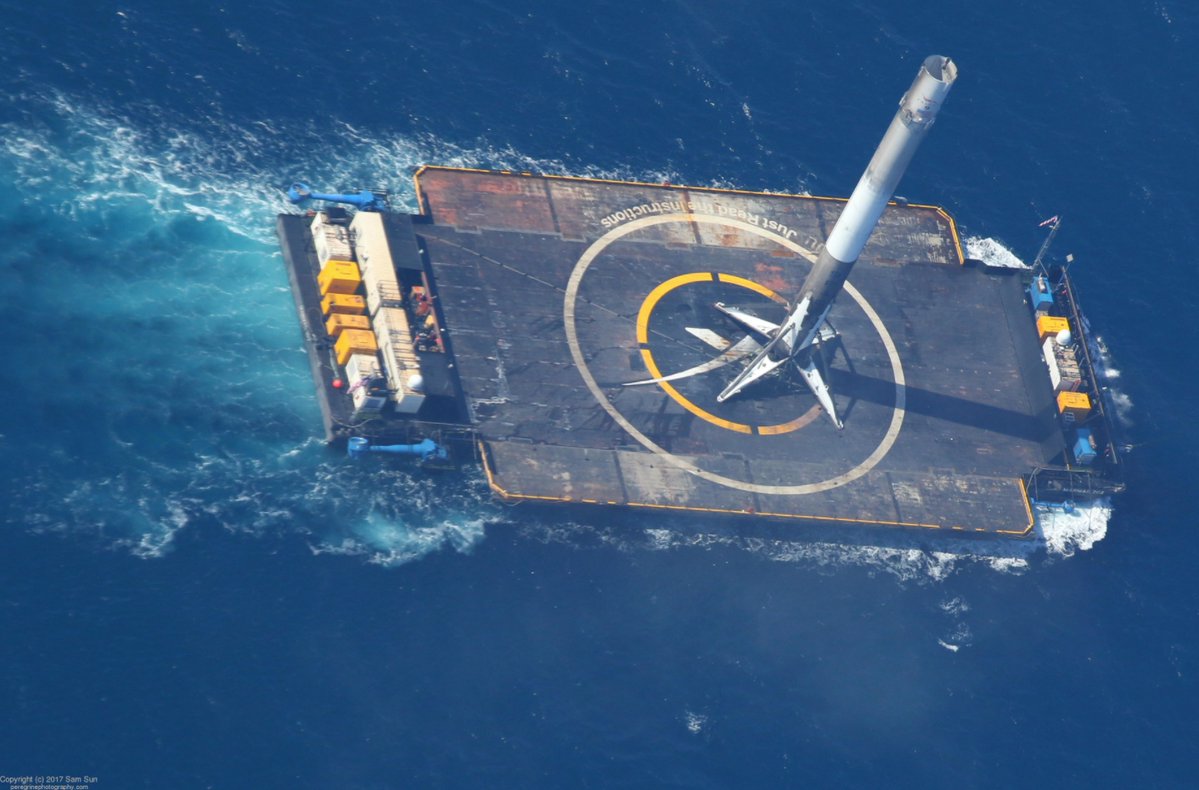 SpaceX Prepared for ‘Most Difficult Launch Ever’

Blog Tesla Says a Fix for Insurance is Weeks Away