Actually either in one of the articles I linked to on my website or within the comments of something I read. A comment was made along those exact lines. I think the person stated their was irony or something to that effect.

There were a few other controversial comments made within some news stories I read today.

From the Tesla Motors Main page:

A Note from Elon Musk

"Three Tesla employees were on board a plane that crashed in East Palo Alto early this morning. We are withholding their identities as we work with the relevant authorities to notify the families. Our thoughts and prayers are with them. Tesla is a small, tightly-knit company, and this is a tragic day for us."

Awful news. My sympathies to families, friends and colleagues.
D

Sad to hear the news. Peace and blessings to the families, friends and the Tesla Motors family. Godspeed...

Dang. I thought I recognized the pilot's name, but I was sure I hadn't met him at Tesla. I met him at his previous company. He was a really nice, very sharp guy that I was hoping to work with on a joint project, although it never panned out. What a shame. 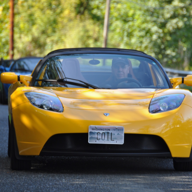 Saving for a Model 3

Sorry for bumping a very old thread. The results of the investigation into this unfortunate accident were released by the NTSB. And the NTSB says the accident was caused by Doug Bourn's "failure (to) follow the standard instrument departure as instructed, and his failure to attain a sufficient altitude to maintain clearance from power lines during takeoff in instrument meteorological conditions".

Thanks for the update, Pop.

As a pilot and former meteorologist, this accident report leaves questions unanswered.

Yes, visibility was 1/16 mi in fog and the vertical visibility was 100 ft AGL (above ground level), but that does not directly explain the accident. Clearly the aircraft departed the runway under control. Engines were producing full power, and wind was light (as it would be in foggy conditions).

As an experienced pilot and flight instructor, there shouldn't have been anything inhibiting a normal climb on instruments, yet witnesses report that the aircraft was "level or slightly nose up".

We'll probably never know for show, but it sounds to me like Doug may have been "scud running"...trying to fly underneath that 100' ceiling--although there was no reason not to climb, since he was on instruments.

Either way, it's all speculation--and an unfortunate tragedy no matter how you try to pick apart the details.
S

The summary indicates a control tower not very clear at all about being (not) cleared for takeoff. 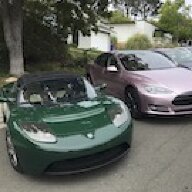 The summary indicates a control tower not very clear at all about being (not) cleared for takeoff.
Click to expand...

As a pilot I feel I need to correct your understanding. The controller did not make a mistake here. The word "cleared" explicitly means that he's promising to the pilot that he's good to go, that the runway is clear... and the controller could not promise that. The pilot is allowed to take of at his own risk, even though it isn't legal (nor, probably, possible) for him to land again straight away if something is wrong. Personally I would never do such a takeoff, even though it is something that one practices for an instrument rating. Anyway, much though I hate to say it, he didn't depart the way he was instructed to, and failed to gain enough altitude. He screwed up. That doesn't make it any less sad.

Tesla Energy Mar 4, 2021
tpoltron
T
C
My experience with Tesla Insurance after destroying my leased Model 3 in a freeway accident