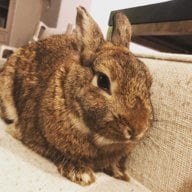 So I just got my first sorta viral video that hit over 100k views, it's currently sitting around 117k views last time I checked. But after 2-3 weeks of posting people are still responding to it. The first week, the comment section blew up so much I had to turn off post notifications because it was getting me kind of on edge because I had people who disagreed with me. But its a Karen video, a black woman accused me of looking at her kids at the arcade, tried tell her I didn't but I knew this lady was looking for a fight and uses her kids as an excuse. I think it could have been racially motivated because I'm Asian (plus Corona) and she thinks single male adults at an arcade shouldn't exist and adults only go to casinos. She has no idea I'm an advantage player though winning all the big prizes. You guys can go check it out if you want it's @JetFalcon on tiktok.

But I think now I know videos that have get people riled up are ones that are easier to go viral if you're a nobody on social media. Would showing autopilot while doing some crazy activity work? I wanted to try eating a burrito while on autopilot, I'm wondering if that would interest people who never seen a Tesla but know they can drive itself. I now have about 250 followers because of my Karen video, who are not friends or people I know, like true followers who never met me in person. So hopefully I can take what these viewers followed me for, a karen, and do something karen like on a Tesla. Something edgy or controversial, but legal if possible because I think Tik Tok users are drawn to that if the account isn't famous yet. Maybe bunny driving a Tesla on autopilot?
Reactions: XLR82XS and jostrick
•••
A

I didn't get your point? 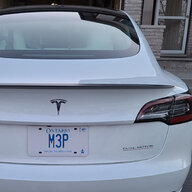 Please don't be one of the absolute MORONS who films themselves being completely distracted while on Autopilot.

If you do this, YOU are the reason people see Tesla in a bad light. You could kill yourself or other people. I really don't understand the mentality of people who do this crap...
•••
Q

Figure out what the 60 to zero time is!
Reactions: Demonofelru
•••

qdeathstar said:
Figure out what the 60 to zero time is!
Click to expand...

Could be practically instant if they're being a dumb-butt and recording that tik-tok distracted driving trash.
Reactions: qdeathstar
•••

Convince parent to buy Model X over another Gas car?

Other cars with autopilot?