My rear tire blew out, and when towed to Tesla they explained to me that back tire that blew was a narrow front tire on a narrow rim, and there was also a wide rear tire that had been mounted on the front. Of course, my Tesla is a P85D with staggered wheels/tires. The Tesla tech said that incorrect tire placement would torque the car to one side. What I had noted was the tires slipped when accelerating. Also, the tires wore out very fast and then failed near the end of a 350-mile trip and stranded me on the side of the freeway entering the DFW Metroplex during rush hour traffic. I tried to air the tire, but apparently the tire was blown out on the side. Tesla wanted to install 2 new tires because they could not get 4 new Michelin Pilot Sports (21-inch), as they were sold out nationally. I told them no because I did not want 2 new tires and 2 that were essentially in bad shape due to 13,000 miles with the incorrect mount job. Discount Tire found 4 Continental Tires. I had to go to the store and get a rear one and paid Tesla $55 to mount the tire. Then, since my right front tire had a big bubble on the sidewall, I drove as slow as I could 18 miles to the tire store to mount and balance the full set of new Continental tires. I'm on my third day now, waiting to get my car, and have been stranded all that time at great expense and loss of time. I'm wondering what action others would deem appropriate.
•••

Get the new tires put on and put in the correct location. It seems you were not checking the tires as specified in the manual. You are required to mount the front tires in the front, and the rear tires in the rear. You can check the sidewall to make sure the correct size is mounted to the correct position.
•••

whoever mounted your tires in the first place is a moron plain and simple and never go to that store again Also if you really wanted to you could do the small claims court route and make that store pay for the replacement tires since it was their screw up that caused the issue and its pretty obvious it was a tire tech being a dumbass, you can easily see 2 tires are bigger than the others

with a P85D your fronts should be 245's and your rears should be 265's
Reactions: BigNick, hcdavis3 and DerbyDave
••• 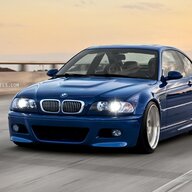 At the end of the day, it's probably not worth pursuing - the likeliness of them claiming responsibility is slim, and the likelihood of you being able to definitively prove they mounted them wrong is also slim. Go to a more reputable shop from here forward.
•••
J

To my surprise, they replaced the Michelin Pilot Sport tires with a set of Contnentals.
•••