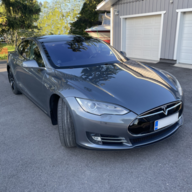 Hello, this is a topic about disabling TPMS or producing a fake signal to fake "always good" TPMS info on CANBUS.

This is not a topic about US legal implications or legal implications in the other areas where TPMS is required by law, so please don't sidetrack this with that. At least Finland, Canada and Sweden are confirmed as countries without TPMS requirements.

There are also other topics for discussing replacing TPMS sensors and/or topics about upgrading the system from Baolong to Continental, so please don't sidetrack with that either.

I'm creating this new thread since the other topics on this subject were long ago in the Roadster forums and they're pretty much buried and/or sidetracked. Apparently, the 2008-2012 Roadster does use the exact same Baolong system, though. The location of the module is different though.

I have a late 2013 Model S with the Baolong system, and since TPMS is not a legal requirement in Finland, TPMS is just purely a continuous source of unnecessary problems. Therefore, I'd rather have it deleted from my car. Tesla however won't co-operate regarding such service requests, and I don't want to invest in the Continental system either, because it'd just be another money pit, gets pretty expensive with all 8 required TPMS sensors and tire work for 8 wheels (we are required to have a set of winter and summer tires and to use them in the corresponding seasons).

So, according to my research notes on this forum, the Baolong box uses something called LIN for communicating with the front and back antenna computer modules (they work on a 3-wire principle of proprietary serial over a single wire, and +12V and GND). This could just be some dumb 9600N1 serial data indicated by the fourth unused wire which is apparently unused in this application.

The data they send to the Baolong box resembles raw TPMS sensor data, including unique sensor IDs, and of course pressure and temperature. Faking this would mean leaving the ageing Baolong box itself in the car, which isn't desirable. It's also more complex to fake than the CANBUS signal the Baolong box sends forward.

So, the relevant pins of the Baolong box are the pins 15 and 31, they'll need to be disconnected and the replacement box needs to produce a similar signal on CANBUS. The ODB-II wires and antennas can be ignored, either spend the effort to remove them completely, cut them or whatever. Regardless, we can't have the original box producing conflicting CAN signals.

So, this brings us to my notes on the CAN protocol:

The signalling is at a 1 MHz rate and the update interval is roughly one second. The Baolong box writes data to addresses 0x343, 0x344 and 0x345, all three of them in subsequent order. It's unclear how much the rest of the Tesla software cares about these values. At least they seem to ignore the tire pressure and tire temperature altogether unlike the Continental upgrade present on all Teslas from mid-September 2014 onward.

I'm using the convention of describing each CAN address as 64 bits arranged in 8 bytes named B1, B2, B3, B4, B5, B6, B7 and B8 from the most significant (or leftmost) byte onward. Each value is presented as hexadecimal unless indicated otherwise.

The order of wheels in the data (left to right) seems to be: front left, front right, rear left, and rear right.

Lastly, we have 0x345, where all the bytes are 0x00 when there's an error and B2 is 0x22 when everything is ok. It's possible the Tesla MCU only reads this value, ignoring everything else, but verifying this might need experimentation. At least their primitive level of "error" vs "no error" in the MCU notifications would indicate something of this sort. Otherwise, they'd have built a similar UI to the Continental system to support Baolong-equipped cars.

Therefore, we have this ideal CAN package table to send at 1Hz intervals to CANBUS:

That's likely all there is to it in theory. Now, for the practice, I haven't even found where the Baolong box is located, except Tesla's upgrade instructions say it's under the third wind deflector, apparently meaning the bottom shield plate at the rear of the car.

I have also never written any CANBUS code and never connected any device on CANBUS. However, I understand its principles, I'm familiar with software development including embedded code, and I have CAN-capable microcontroller development boards including STM32 Bluepill and STM32 Nucleo boards. I'll need to buy some CAN transceiver chips however to have a working circuit. I have plenty of tools including oscilloscopes, power supplies and very good soldering equipment among other things.

Therefore, please help me with achieving this first-level goal if you can, and let's make this an open source project. It could expand into something that helps people who have to keep their TPMS system in place, helping them troubleshoot what's wrong by for instance producing an auxiliary display to read from CAN the status, temperature and pressure of each wheel detected and to indicate which of the error bytes have a non-OK value. This information would be trivial to fit on an HD44780 LCD. However, reading this information is already possible on OMVS and their fancy $100 box and mobile application.
Last edited: Jun 14, 2022
Reactions: Gtech and Cheburashka
•••

There's valuable information in for instance this thread and especially this summarized thread, on the Roadster side and this old post on the Model S side that brought me to this forum thanks to its google search hit, although I had registered the account earlier. @scotty2541 has basically done most of the real research work I in my turn summarized in the start message.
Last edited: Jun 14, 2022
••• 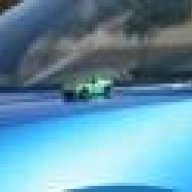 jammi said:
There's valuable information in for instance this thread and especially this summarized thread, on the Roadster side and this old post on the Model S side that brought me to this forum thanks to its google search hit, although I had registered the account earlier. @scotty2541 has basically done most of the real research work I in my turn summarized in the start message.
Click to expand...

Also, the OVMS project has something that can fake the TPMS messages on the CAN bus. It would be likely the entire Balong unit could be removed and the OVMS unit just send fake messages.

scotty2541 said:
Also, the OVMS project has something that can fake the TPMS messages on the CAN bus. It would be likely the entire Balong unit could be removed and the OVMS unit just send fake messages.
Click to expand...

Ok, I'll have to research that. Didn't see anything of the sort mentioned but it might be undocumented features or something in some certain fork of it only.
•••

jammi said:
Apparently, the 2008-2012 Roadster does use the exact same Baolong system, though. The location of the module is different though.
Click to expand...

Nit picking but Tesla started using the Baolong system in the 2.0 and 2.5 versions of the Roadster, not the 1.5 . So OVMS configured for a 1.5, and other solutions for the 1.5 Roadsters won’t help you with the Model S.


jammi said:
Ok, I'll have to research that. Didn't see anything of the sort mentioned but it might be undocumented features or something in some certain fork of it only.
Click to expand...

The OVMS experts know a lot more about this than I do but there’s a lot of discussion about it in the Roadster OVMS threads.
•••

Back then, I too was told that the early Model S and 2.x Roadster TPMS systems were 'the same'. They aren't. The only thing in common is the supplier Baolong (who, based on my experience with corresponding with them, go by the emoticon

). My car (a 2014 Model S) uses a Baolong ECU, and can’t display the tyre pressures or temperatures. It is a simpler system than the roadster, with just one ECU, one CAN bus connection, no k-line, no Lin bus, and no external antennas. Also about US$40 (or cheaper) on eBay

The manufacturer uses UDS Security authentication to protect writes, but implements it with a trivial protection scheme that took less than a night to break. At the time, it did make me wonder what is the point of even attempting to add a security layer so trivially easy to crack, and I I did consider commissioning a T shirt with the slogan "OR R, AND r".

The focus of that work was (a) to be able to write tyre sensor IDs to the Baolong ECU, and (b) to be able to display tyre pressures and temperatures on OVMS. Both goals were achieved, and in the public OVMS firmware today. I consider Baolong Model S TPMS a solved problem.

If I had a problem with mine, I would either swap out the sensors with bad batteries, or the ECU (both reasonably priced) - as I do consider TPMS a useful feature. But for me it has been rock-solid for 8 years now. I haven't looked much at spoofing the ECU signals, but given the above write-up, availability of cheap units for bench testing, and public disclosure of TPMS messages, it should not be difficult. A small javascript plugin to OVMS could output the required values. Alternatively, a small CAN bus device could do it relatively simply.

There are plenty of documents (DBCs, etc) on the Model S CAN bus out there, and they cover the basic TPMS messages. Brianman's Tesla Model S DBC is comprehensive, and covers TPMS, but I think only Continental messages, not Baolong. Not sure what you would need to spoof to keep the car happy, but I don't think it would be hard. Your 0x343 message is for the Roadster - on Model S Baolong it is 0x31f.

One starting point is the open source OVMS vehicle support module for the Tesla Model S: