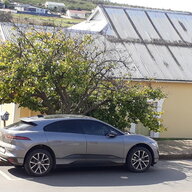 The drivetrain and battery (contactors) issues and replacement by Tesla under warranty have been major talking points and, I believe, have damaged Tesla's image.

I would appear that these may be less serious than imagined and Tesla has been 'playing safe' be replacing units instead of fixing the minor (?) issues.

Indeed the drivetrain should have indefinite life and the battery pack not far behind. This has been confirmed by Tesla now offering 8 year unlimited warranties. One would like to think that these two aspects are the ones least likely to ground a Tesla!

Clearly Tesla have been laboring away to address these issues so that the problem completely 'goes away' and is not an issue in the future when Teslas start being bought by Joe Public.

It would be interesting to track the improvement in both components. What was the latest VIN no and date of construction that has had to have the drivetrain replaced? Did the problem abruptly stop at some point? Around the time of Elon's announcement a few months ago? Or before?

Also it was disturbing to hear that folks had had more than one drivetrain replacement. Has this stopped too? Have no drivetrains 'failed' after the magical no-more-problems date?

Or is this still sadly rumbling along?

Who has had a drivetrain/battery issue recently and what is your VIN/date? Can anyone top that?

Sunlight said:
Wouldn't it be great if the issues are now 'dead'!
Click to expand...

Maybe that's why X is taking longer.
It makes sense to fix the problems before introducing more cars.
•••

I can no longer, in good conscience, recommend Tesla vehicles.

K
Did efficiency get improved with a recent update?