Hello all. I ordered a model y a couple of days ago and I did a trade-in for my BMW. I was wondering how long does it take for the trade-in offer to be on the account?
•••
F

I recently traded in a Volvo towards a Model Y, the whole process took a few business days as Tesla will provide an estimate and then ask you to upload some photos to verify the actual condition, etc.
••• 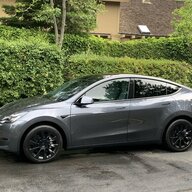 Ok thanks everyone
•••
A

I had a pretty good experience with the Tesla trade in. Originally I uploaded my trade info before test driving; they came in lower then KBB. I scheduled another test drive a month later (after a Mach - E test drive) and after the test drive, pulled the trigger and made a deposit. I told the SA that Tesla's offer was way lower than KBB. They said they would try again. 24 hours later Tesla came back above KBB; appx $2500 above the first offer. I wonder if the SA put a note into the system asking for a bit more as we had a deposit in and not just another test drive. Bottom line, both trade estimates took about 24 hours to come back.
••• 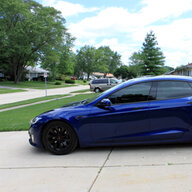 I got much better offer for my Chevy Bolt from Carvana, did you check what they offer?
••• 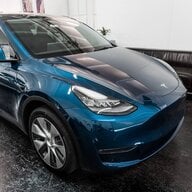 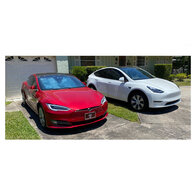 I ordered on Saturday 3/27 and was surprised the process was held up at the approval for my trade-in. So this morning I texted my SA and he pit an expedite on it and within two hours I had my estimate. What concerned me is I got 3 emails that I needed to approve the estimate to continue the process.

So the estimate was close enough to the Carmax estimate and actually better when considering the sales tax so I took the Tesla offer. Now I wait for the VIn #. Need that for the Insurance.
•••
O

Ordered was enter 3/26, no VIN assigned. Looking through all areas. Looks like It’s going to be a while unfortunately for me.
•••
N

Tesla came in at $21k for my trade, CarMax at $25.9k. I sold two cars to CarMax prior and their process were quick and painless
•••

D
Did I mess up by not selecting a trade in