The TuneIn app on the car works pretty great. But has anyone noticed that certain stations are blocked on the car app that aren't blocked on TuneIn's mobile phone or web apps? 95% of the stations in my favorites list work on all my devices, but TuneIn won't let me listen to a handful in the car, saying simply "couldn't load" or something like that. WCCO 830 out of Minnesota seems to be consistently unavailable.
M

Check out UberTalk.com. It's a fantastic show directory that streams 20,000 radio shows (including shows on podcasts). It's a nice compliment to Tunein's station directory. 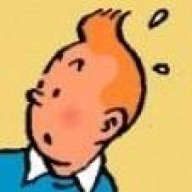 Now some of the stations refuse to play. Sometimes, if I select one of these "dead" stations, I won't be able to play any other stations unless I switch to a different media source and then back to TuneIn. Resetting the screen doesn't seem to help. Now, I have noticed that two of these stations won't play on my mobile phone either. However, one of the stations that won't play in the Model S still plays on fine on my phone. What is worrying me is that more and more stations seem to be going dead.

I thought maybe removing them from my favorites list and then re-adding them might help, but then I ran into a different problem. The Soundtracks category, which used to either be a top level category or maybe it was under Specialty, is now missing! When did that happen? Now I can't find my video game stations, even the ones that are still saved to my favorites and still working.

Even though your TuneIn account info is stored in the Model S settings, it doesn't seem to be of any use. I tried signing in and out. On other devices, such as the mobile app and website, your favorites are pulled down from the cloud by logging in with your account. The Model S app apparently only cares about what has been set locally.

BTW, my issues are with live streaming stations not TuneIn "shows" (podcasts).
Z

I used to have this problem with a local radio station where it wouldn't even appear in the interface (even if I added it to my favorites on my PC), but I wrote to both Tesla and TuneIn and magically a month or so later, the station now appears and works perfectly. 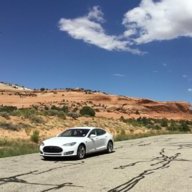 This is an old thread so I don't know if anyone else is still having an issue with this but lately tune in refuses to play one of my favorite out of town fm radio stations. The setting is there, it's just silent. It still plays other radio stations. Suggestions? 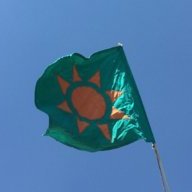 Same with my favorite radio station..used to work but not for the past year or so. Station still shows up in the list but when I select it the circle icon just keeps spinning and it does not play. Don't think it is related to a high bitstream as there is no warning message. Curiously the station worked for just one day a few weeks ago. Go figure
B

Encountered this problem on a recent road trip trying to listen to a sports broadcast on one of our local radio stations (which works when we're in town) and the station was blocked when we were out of town and unable to listen to the game.

XM does carry a number of games - which would be much easier to use if the touchscreen display provided browsing information on the programs/games being broadcast, vs. having to manually step through each sports channel hunting for a game...
C

Has anyone noticed that most Canadian radio stations have been removed?

Does anyone know if you have a premium subscription if it's allowed you to listen the content of your area?