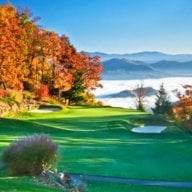 I wanted to describe a problem I had with my Model Y in case others encounter it.

In November of 2020, I got an error message on my Screen: Power Reduced. Exiting and re-entering the vehicle may restore operation with a turtle icon. The error would occur at random when I drove it. Once when the car was parked, and frequently when I went over a bump. I would exit the car and re-enter and it would go again. After 4 days of errors, I summited a service request. Tesla reviewed the logs and said the car needed to come to a service center. I live 3 hours from a service center. I brought it to Charlotte, NC Service. They replaced the rear electric motor.

In August of 2021, I got the errors again. I again submitted a service request and took it back again in for service. This time they replaced the accelerator pedal. On this service, I also had to replace two rear tires. I believe this was caused because when they replaced the motor they did not realign the wheels. Tesla paid for the alignment, I bought the tires because they said I did not report the problem early enough (six months).

Less than a week later, I got the errors again. I talked to Charlotte service and they said they did not want me to drive the car and dispatched a wrecker/flatbed. They did more diagnosis and this time decided the problem was a wiring harness connector. That was repaired.

So far after a week, no errors have occurred. I don't know if the real error was the wiring harness or all there items were the problem.

I have owned BMWs most of my adult live. I found the Tesla Service good. The APP is an interesting way to communicate with a service contact. I got to meet the service agent (6 years with Tesla) and he was very courteous and helpful. When they took my car on the wrecker, they provided me with a rental car from Enterprise Car Rental (Audi Q3). Other times it was a Tesla (3 and a S).

When the car was in for the service work; they also performed other technical bulletin. The HVAC and Ball Joints.

Do I like having to take my Model Y to service 3 times. No, but that was the way it was. Wiring Harnasses are a known challenge in automobiles. With a Tesla they are even more important with all the computer interfaces. There were rumors that the Model Y was going to come with a new technology that greatly lessened the amount of wires. Maybe the new version that comes out of Austin will have that.
Reactions: ps83v18, dino007 and TwelveVoltMan

"Power Limited. OK to Drive" and "Power Reduced. Exiting and re-entering the vehicle may restore operation" after Supercharging

Model Y: Battery & Charging Today at 5:26 AM
LTOottawa
L
B
Had my Y for three months, five weeks in service center

Dead in the driveway - “power reduced”