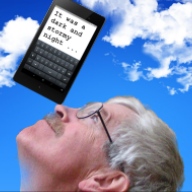 We tried making this twenty-five hour trip in two days:

We could have done it, but some snafus slowed us down. We drove 14.5 hours the first day and made it to Elko, Nevada. We learned that for max efficiency, you shouldn't go to lunch, for example, during charging. You always end up charging more than necessary, which is inefficient. Also, there was a lot of road construction, with speed limits dropped from 80 to 55 MPH, and the cones are often set such that you need to drive yourself.

We had a hotel mixup that resulted in a late start the second day. So, we did two long days and one short. Pretty much the same on the way back.

At one point, the wife was driving and annoyed the car, so it said, "No more AP until the next drive." This was in a construction zone, and we couldn't stop to reset things on the side of the road. We took the next exit, but it turned out there was no entrance back onto the highway in the same direction! We had to drive 10 miles back to an earlier interchange, then turn around and continue.

If I were driving alone and everything went well, I could have done it. But in a traditional car that didn't drive itself, forget it. I wouldn't even want drive half as far each day.
Reactions: Baytomax and Ren.OG
•••