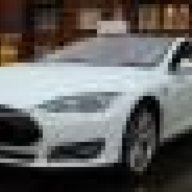 Superchargers should be supplying 170 miles of range per 30 minutes as per the Tesla site.

However, I've recently been reading about the actual speeds various UK supercharger are giving out, to be much lower than expected. I've have previously read stuff that says rates can be all over the place for various reasons. Any thoughts into why rates are varying so much? Outside temperature, time of day, multiple users, supply issues?

When planning a long drive recharge times are a very important factor.

Would any of you lucky UK people to have used a supercharger please reply telling us which charger you used and what speed you really got.

Rluner said:
Any thoughts into why rates are varying so much?
Click to expand...

1. People are often quoting the MPH figure given by the car. This is an average over the charge session, so in the case of Supercharging where the power is not supposed to be constant, the average MPH figure shown is almost always misleading. It's really necessary to look at the volts/Amps display to see what is going on (or change the configuration to show kW instead of MPH - the kW isn't averaged).

2. The rate is expected to depend strongly on the level of charge, with maximum rates only achieved below about 25% of full, and gradually tailing off towards full - over 90% full it's barely faster than normal AC charging. This is a fundamental limitation of the batteries.

There is a (somewhat out of date) graph showing charging rates here . Another set of graphs here reflects current software but presents the information less usefully for this purpose.

3. Each supercharger cabinet serves two stalls. When two cars are plugged in at once to the single supercharger cabinet, they have to share the power available and so generally end up getting slower charge than if they were alone at the supercharger. This is particularly an issue in the UK (also France) where all the early supercharger installations had just one cabinet at each site. That limitation also means that people can't try moving to a different cabinet if they get a poor rate of charge when they first plug in.

4. A properly planed long journey using superchargers has you arriving at each supercharger near to empty, charging just enough to comfortably reach the next supercharger (say 70%), and repeat. Unfortunately, the UK doesn't yet have superchargers positioned to enable this, so nearly all the reports we have so far involve either people calling in to try the supercharger out when they happen to be passing (so fairly high state of charge already and wouldn't expect to see very high rates), or else they are using the one and only supercharger on their long journey and forced to charge to 100% (which is expected to be slow).

5. There have undoubtedly been at least a few cases where people have got slower charging than they should have done, implying that something is faulty in either the supercharger or their cars. However, the combination of factors 1), 3) and 4) means it's very hard to see any trend from the reports, or indeed to tell which ones are genuine problems rather than just misleading indications in the screen, or unrealistic expectations.


With the advent of the Reading supercharger - the first one properly located for long-distance travel close to a motorway route, with a 4-stall/2-cabinet setup, and more of the same expected to follow soon, we should start to see more reports of proper long-distance supercharged travel.
•••