UK's safest car, with no deaths in 16 years

UK's safest car, with no deaths in 16 years or ever, is the Volvo XC90

Britain's safest car revealed, with no road deaths in 16 years

Since the launch of the Volvo XC90 in 2002, the car has sold more than 50,000 units, and researchers attribute the spotless safety record to the car’s early adoption of hazard detection technology that warns drivers of potential collisions.
Click to expand... that's because they way most of them seem to be driven all the accidents are behind them
Reactions: Brando, ShockOnT, Phillip L and 2 others
•••
N

Everybody knows to stay far away from Volvo drivers.
Reactions: Brando and FlyF4
•••

stats may be impressive, but can't help thinking there's been some luck involved


you could equally argue from Tesla's perspective they had some bad luck with the recent MX fatal accident into an unreset barrier.
I rather suspect that had an XC90 hit that barrier in the same way the result would have been the same. Leave the AP argument out as non- AP cars had also hit the same barrier multiple times - fortuitously in a reset working condition.

Cars are getting safer though and that is no bad thing for all of us.
Reactions: Brando
••• 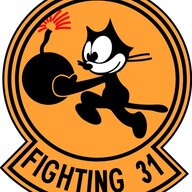 That's nice, but as I think about it. here's the safest "vehicle" ever. It's self driving auto-pilot horse doesn't run off the road, merges effectively, won't collide with others, and gets incredible mileage with no charging. Hey Elon; way ahead of you on this AP.
Only problem is no Bio Defense mode, so it gets a little stinky at times. 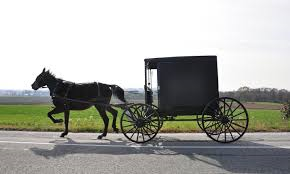 Couldn't find the safest in the US, but here's a list of cars with no deaths in 4 years:


But here's the problem: The Lexus CT 200h is a Prius. It's on the list because it's rare. As are most the cars on the list. You'd need a list of deaths per million miles cumulative to get an answer. Cars that are best sellers might be safer in reality than a car that has only a handful on the roads.
Reactions: jbcarioca, ShockOnT and FlyF4
•••

McRat said:
Couldn't find the safest in the US, but here's a list of cars with no deaths in 4 years:

Well Rat, that is only because my wife doesn't drive any of those
Reactions: Brando and Phillip L
•••

Ha, good question. Actually, a very few of posting are from her.... about 5 % of the postings. We use the same account since we both drive the car. She just has a really good sense of humor and equally good with throwing jokes back in my face
Reactions: Brando and thegruf
•••

I used to work for Volvo and years ago they had a marketing program called Volvo saved my life. They took families that were in a life threatening accident and posted pictures of their car, most of them totaled but the family walked away. They were one of the safest vehicles out there, pioneered the 3 point seat belt and many other safety items before anyone had them.
••• 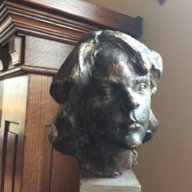 FlyF4 said:
Ha, good question. Actually, a very few of posting are from her.... about 5 % of the postings. We use the same account since we both drive the car. She just has a really good sense of humor and equally good with throwing jokes back in my face
Click to expand...

If we find out you stopped posting here, can we assume she ran over you? (Sorry honey, just another one of my little accidents!)
•••

During the 1980s all the technicians and scientists at the UK governments road research lab had Volvos.
•••