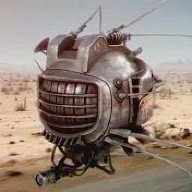 Background: Sold my house that had some solar + 1 Powerwall a year ago, just had solar + 3 Powerwalls installed on my new house. Things have changed app & control-wise for the better. I love having the system dynamically change the charging rate to the car so I can charge with excess solar and not have to "ride" the charging current to match solar production minus house demands.

I also really like the the "Go Off-Grid" feature, as it allows me to power my home entirely off my solar & Powerwalls while I wait for PTO. (I know I could have done it manually by opening the breaker to the utility, but being able to do it in the app is nice.) I've been 100% off-grid for about 2 weeks.

Now to "Go Off-Grid", you first have to "pair your phone with your Powerwall". I did that, but then yesterday I upgraded to an iPhone 13 and sold the iPhone 8 I had paired with it. Today I wanted to reconnect to grid, but the "Reconnect to Grid" button didn't do anything (it did work before I switched phones). I rebooted the app, waited - still stuck. Tried everything I could through the app. Then I reset the gateway (pushed the button located deep in the recesses). Power went off and back on in the house, but was still stuck in off-grid mode.

Finally I turned off all the Powerwalls and the solar (at the inverters and the Powerwalls as well as the breakers in the gateway), reset the gateway again, turned everything back on, and when things came back up I was back on grid power. Though the app, even after some time and rebooting the app, was still confused:

Anyway, after about 45 minutes everything sorted itself out, and the all the powerflow numbers and grid states are correct.

What I'm curious about, is whether I was unable to get back on the grid because my new phone had never been "paired with my Powerwall"? In the app, I see this:

Which is presumably my old phone. The "X" doesn't do anything, nor is there a way to pair a new phone.

Anyone have any thoughts or experience with anything like this?
B

I just went through this with my iPhone 13 upgrade. What I did to fix it was to delete the tesla app, then reinstall it. This time after I logged in it recognized that my phone was not paired with my powerwalls and allowed me to go through the pairing process. Also, after I paired my phone I was able to see both my old phone and my new phone under manage paired phones and I could remove the old one.

I think what happens is that when you restore the data from your old phone it restores a configuration in the Tesla app that makes it think that the new phone is paired, even though it isn‘t. Deleting and reinstalling the app resets the configuration and makes it work.
Reactions: CrazyNavi, Yonki, jjrandorin and 1 other person

That did the trick - thanks!