Just wanted to post this in case it can help someone else, and as I didn't see any other posts matching this specific situation.

I found myself unable to charge recently... my charge port started acting up, not opening the door when it should (it could be forced open mind you), and then having it pop open after closing it, and having the car tell me via both displays that the charge port door was open even when it was shut. At first, these odd behaviors were just a mild annoyance, as charging still worked.

A day later, I found myself unable to charge... the charge port would not accept the charge cable (and the lights on the charge port stayed off even when the door was open). The 'lock pin' was extended, physically preventing the cable from going into the charge port. I could move the pin down manually by pressing on it, so it wasn't stuck or frozen. Tesla eventually provided me with a work around (they ultimately replaced the charge port module).

The following is for a P85D, Tesla indicated some elements may have changed from other iterations of the car. Inside the trunk, where the charge port is, there is a carpet piece that can be removed (held by velcro) to reveal the back side of the charge port module. I will attach a picture to this post (the module in the picture is a spare part, it is not yet installed in the car).. most of the module is covered in bright orange to indicate high voltage. However, there is a little lever that can be moved manually that directly manipulates the lock pin. The access hole (after carpet is removed) isn't quite large enough to easily see this lever, but it is quite easy to feel for after seeing the picture. In my case, I just had to lightly touch it, and the charge port would unlock, allowing me to plug in. This might also help get a stuck cable out of the charge port (though that is speculation on my part, I do not know if it cuts the flow of electricity, and thus if any harm could come from moving the lever while the car is charging... if anyone has comments on this, by all means share). 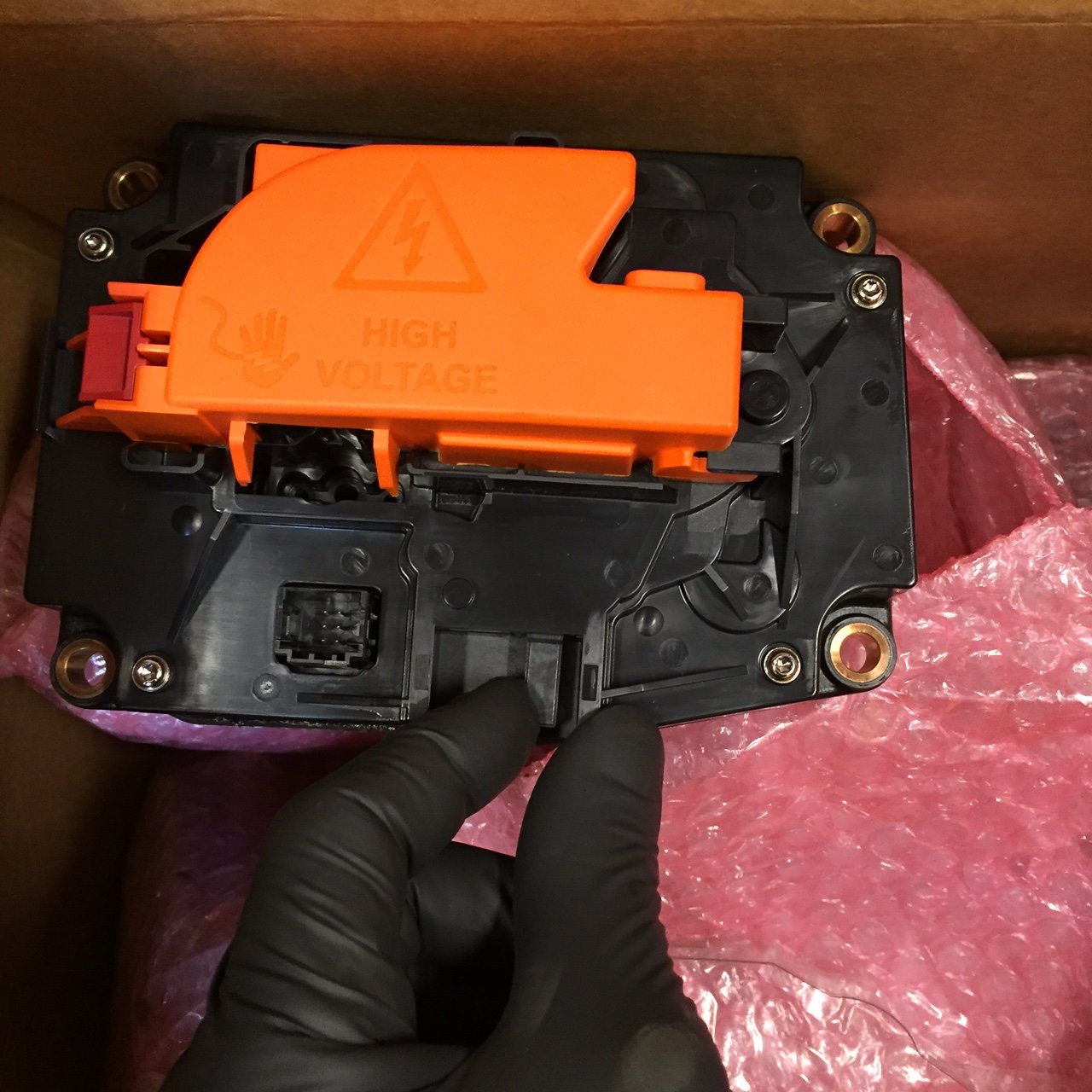 The picture looks to be incorrectly rotated in the post. The correct orientation as it sits in the car is the orange piece on top and the lever underneath.

I hope this can assist someone so they aren't stuck without a charge due to a similar failure.
•••

The older cars didn't have the lever, so this "in a pinch workaround" won't help all owners. Otherwise it's great info to know, although Tesla probably doesn't want information like this to get out for liability reasons.
•••
M

I'm pretty sure this emergency release system is mentioned in the manual... MW
•••