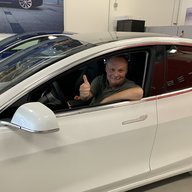 Looks like the runescape method no longer works. Or do I need to turn off the "login with your phone" feature on my Google account?
X

Xansky said:
Looks like the runescape method no longer works. Or do I need to turn off the "login with your phone" feature on my Google account?
Click to expand...

I was wrong, the runescape method did work for me.
G

RuneScape worked for me!! 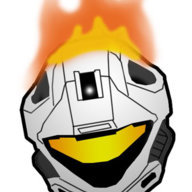 What happened to me was I was signing out of my devices though Google Account Security last week and I signed out of Linux thinking it was the NAS that I was no longer using. I confirmed that was me, turned off two step verification, and turned on less secure apps. The only thing that worked for me was being able to logon to RuneScape through the browser. I created a throw away Gmail to test and I'm able to logon to the YouTube app directly just fine. I'm wondering if when I signed out that first time that any subsequent changes aren't overriding it.
L

FalconFour said:
Remember, none of this has to do with the site in question - just finding a site that has the "sign in with Google" option. Once you sign-in, if you don't have an account, you can abort the sign-up process and you'll still be signed-in to Google (thus YouTube). So even if you don't have a Plex, TMC, or Dropbox account, you can -- er, used to be able to -- use those sites' sign-in page to sign-in to Google. It's actually signing-in to Google (you're not giving your account to TMC or Plex or whatever), but it used a method that Google still allowed to be done this way.

It's convoluted, complicated, senseless tech-company logic that, honestly, is probably trying to fight-back against companies that are doing authentication the wrong & lazy way (I worked for a company that implemented the wrong & lazy way for Google sign-in in their app - looked like a phishing page in an embedded browser!), and that's solving a bigger problem while creating "smaller problems" (us) along the way. So it's a greater good thing, but creating frustrating problems like this in the process. Forcing companies to implement Google sign-in the correct way is nice.

When this is "fixed", 100% certain the YouTube sign-in will be natural and as-intended - just signing in through the YT site itself, or maybe through another straightforward technique... but now that it's completely broken, Tesla has no choice but to give it the five minutes of attention it needs to be fixed. That's nice.

As a small aside, there was another reply in my Reddit thread saying that yes, Dropbox login is now broken as well, but NOW TRY RUNESCAPE No, really, that's the advice... head over to runescape.com, go to "full site", and hit "log in" in the upper-right corner. Maybe THAT Google login is different? This is getting intense, man... seems likely that we're going to be chasing down "legacy" apps that still somehow have this mechanism enabled.

Awesome tip. I have a runescape account now, but at least I am able to use youtube premium!
Thanks alot.

Oh yea! After I turned on less secure apps, I was able to logon directly onto the YouTube app the next day. I guess it needed a day for the changes to pass thru the system.
Last edited: Mar 9, 2021
C

just make sure during the signup you click on the "Allow" blue button at the end, otherwise it won't work. Happy YouTubing and btw YT Music also works great pulling in your playlists and history FTW
K

Is there a way to send a password to Tesla (instead of having to type in long passwords?) 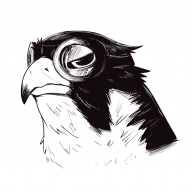 just make sure during the signup you click on the "Allow" blue button at the end, otherwise it won't work. Happy YouTubing and btw YT Music also works great pulling in your playlists and history FTW
Click to expand...

You don't have to sign up for Runescape at all - at least, from what I can tell. You should only have to get *up* to that point where it asks if you want to allow, then just ignore the message and browse, say, to Gmail or something. It should show you as logged-in, and thus you'll also be logged-in in YouTube.

I worry that people are feeling like they have to sign up for an unwanted Runescape account just to get YouTube, but I don't believe that's the case Just get to the point just before you create the account, and that's it!
N

I spoke with Tesla Customer Support - This is a known issue and the fix is forthcoming as some point in the future. Nothing specific.
Reactions: adayley
L

Im having the same issues. Just over 30 days with the 2021 Tesla model 3 snd haven’t been able to sign into YouTube. Like others, it wouldn’t even let me get to the point where I could put in a password, just said it was not a secure browser. Tried all the little run arounds and finally RuneScape let me get to the password stage and sign in. It worked. But then opening the YouTube app, I was still not signed in. Really hoping that way was going to work 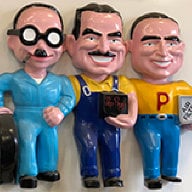 Lightbulb said:
well honestly I’m really hoping all this gets sorted out with the next big update
Click to expand...

Good luck with that, I've been waiting over a year and still no fix.
L

It’s not a big concern, I rarely use YouTube in my car, It would just be nice for it to work. Kinda odd how it’s working for some but not others

I don't think it works for anyone at the moment, those that said it did haven't chimed in recently
K

We stopped at a super charger today, so I thought I’d try just for the heck of it and low and behold logged right in via the built in YouTube app, along with 2 factor authentication on my iPhone. Last time I tried a few weeks ago, could not It log on. I had not tried since 2021.4.15 installed a couple weeks ago, so thought maybe that fixed it?
P

I just recently stopped by the Tesla dealership here in Vegas last week and was told by the manager it is a software conflict issue and stated it should be addressed in an upcoming software update...I hope it will be soon

As a former Apple "Genius" I know at the retail level we pretty much had to hope that the folks at corporate were on the ball and would have a software update out before we looked like an idiot for saying one was coming. I remember that one iPhone update that disabled a giant portion of the iOS updaters. What a fiasco, but ZERO communication to retail about what the fix was, so we just told people to go home and we should have a solution for them by the end of the week. Thankfully that was what happened. Might be fun to work at a Tesla center to live thru some of this history too.

The UK and Ireland Wednesday at 2:04 AM
GeorgeSymonds
G