Perhaps with an ever growing number of Canadian cars, Tesla was able to work out a roaming deal for U.S. cars with whomever (Rogers perhaps) provides the Canadian cars data connections?
•••
J

I had the same experience in September in Ontario. Lost connection for about 3 miles then picked it up roaming.
•••
T

Did Nav work while you were in Canada?
•••

This is great news.
In July I ventured North past Vancouver to Squamish, and lost all of my connected Nav.
The only Nav I had was on my car's SIM card GPS (that is in each MS), and it was not up-to-date.
•••
J

tdchinn said:
Did Nav work while you were in Canada?
Click to expand...

Yes, navigation worked for me in Ontario. However, my understanding is that it always has (through Navigon on the instrument cluster, but not on Google on the center stack). I preloaded all my destinations prior to leaving the US so I could just select the location from my past locations. Turns out I didn't need to do since Google Maps loaded successfully.
•••
B

Yes, Navigation (if you have the on-board maps) has always worked fine in Canada. It has always worked, even prior to having an internet connection in Canada, if you put in the province in the 'State' field. For example when I travel to British Columbia, I put in BC as the state and the address field as normal. What is different now is you can use the Google search function on the touch screen and the car will search the internet through Google maps to find what you are looking for and give you the choices to populate into the navigation system, just like it does here in the United States. For example, if you enter 'Starbucks' it will pull up a list of Starbucks to select from and you can put that into the Nav system. Also you can enter an address from the search bar and it will go to Google maps and enter that automatically into the nav system for you. Much more user friendly now.

Interesting and great news if true for all vehicles. I visit Canada a few times a year and always feel a little uneasy without my data connection. Plus I like to be able to check charge status while away from the vehicle.
••• 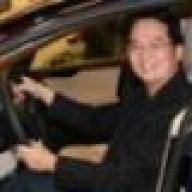 It started working for me too back in October when I drove to Vancouver from Seattle. It is nice to have data connection.
••• 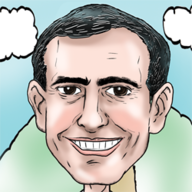 I took delivery in mid-March, and took a road trip to Vancouver the next morning. Had no problems with internet roaming in Canada. I was able to search for public charging stations using the web browser. Same thing when I was in Victoria last month.
•••

I
Tesla App not working