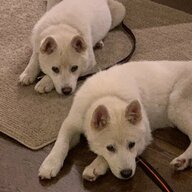 PianoAl said:
My computer fixed up the policeman's report:
Click to expand...

I observed the defendant vehicle two lanes to my left, accelerate extremely quickly and unnecessarily from the intersection.
Click to expand...

I attempted to keep pace with the defendant vehicle was forced to accelerate my squad using 100% throttle to do so.
Click to expand...

As has been mentioned by others - what was this guy driving, a Prius? C'mon! No high speed highway chase here!

My only conclusion was that the defendant vehicle accelerated unnecessarily quickly for recreational purposes.
Click to expand...

Really? Recreational purposes? I still hear nothing of laws broken or dangerous actions. Give the guy a donut!

In my professional experience, I have found that some operators of tesla vehicles purposely take advantage of the performance of the vehicles to drive at an especially accelerate to high speeds.
Click to expand...

Sorry, this is a traffic cop, not a shrink. Total prejudice!​
In the end, the cop says nothing that relates to the law that you supposedly broke. No noise spinning wheels, rocks or dust flying. NOT ONE THING! How can this cop cite you to be in violation of a law when he describes nothing that relates to the law? Take bubba to court! A Lawyer will be more than a grand, but it will save you in the long run - and will save your pride years later.

When you do something wrong, admit it and move on. But, when you are wrongly accused and just take it, then it will haunt you for years. Good luck!
Reactions: Dolemite, Sophias_dad and Saturday
Q

In my experience if your honest with the cop more often than not they let you off with a warning. Only time that hasn’t been the case was with an expired inspection sticker...
Reactions: lUtriaNt and suttonlr
R

I received a ticket in MD once that I did not deserve. I was young and naive and foolishly thought that I didn’t need a lawyer for just a traffic violation and going to court and explaining things honestly and clearly would be all that I needed to do. Silly me. I arrived at court prepared to defend myself, only to find that the police officer didn’t even show up. “Yay!” I thought. “I’m saved.” When it was my turn to appear I expected the judge to dismiss the ticket. Instead, the judge just continued on like nothing was amiss. When I asked the judge if he was going to dismiss the ticket because there was nobody there to testify against me the judge replied “That doesn’t matter. The ticket is his testimony. You’re guilty.”

I was flabbergasted. But I was young, naive, and easily intimidated. Today I would have puffed up and ripped him a new one about due process and the fundamental right to face one’s accuser or, heck, I might have begun cross examining that ticket and when there was no response from the piece of paper I would have asked the judge to hold the “officer” in contempt for not answering my questions.

I did none of that. Young and scared, I slinked away with my tail between my legs and paid the fine and 40 years later it still pisses me off that I let the system do that to me.

If I were you I’d fight it. Largely because rolling over and giving in is no longer acceptable to me.
Reactions: cdswm3, Dolemite, lUtriaNt and 5 others 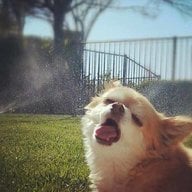 Abuccanero said:
I also have a clean record. This was the first time I have been pulled over in 16 years. I tried to plea down and was offered $250 fine with 2 points. I did not want any points. If they offered a fine with no points I would have paid my fine.
Click to expand...