Update failed 3 out of last 4 updates

I received an update this morning. The update installation failed.

Received an update during the last week of December. That update installation failed.

Prior to that, I received 3 or 4 updates successfully in November and December.

Should I be concerned? 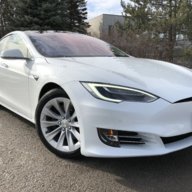 lion2k3 said:
I received an update this morning. The update installation failed.

Received an update during the last week of December. That update installation failed.

Prior to that, I received 3 or 4 updates successfully in November and December.

Should I be concerned?

I had the same problem with my Oct 2017 S100. Had to take it to the service center to have them install the firmware. They said there was a glitch with this software affecting some cars during the OTA update (they had to transfer the update onto my car by hardwiring it into their computer instead).

Also, if you have USB drives plugged in for music, take those out first.
•••

FWIW I had an update fail a number of times. Turns out my 12V battery warning was on and I could not update until that was replaced.
•••
B

Immediately after getting our S 100D last year, it failed to install the very first software update. The Service Center kept the car for 24 hours - and was unable to get the software update to install. So they ordered a new processor unit (MCU).

When I took the car home - I did a series of processor reboots - including a power-off cycle for the car - and... the update immediately installed. So the processor unit replacement wasn't needed.

If an update is failing at home, before arranging for a service visit - try doing a processor reboot from the steering wheel, do a "power off" on the car, and then another reboot - and see if the software installs. It's possible one of the processors is in a state that's preventing the update from going through - and doing a power off may put it back into a compatible state for the update.
••• 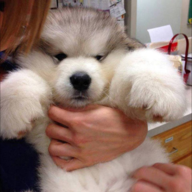 Same problem - 3 times. Diagnosis was a faulty door sensor. Apparently, just like a space launch, the main computer checks about 50 systems prior to installation. If it gets a bad reading from one, it aborts the installation. I have to bring it in to replace the sensor.
•••

I have 3 failures in last month. SC installed it. It worked this time.
•••